….love how some trees grow along the ground before reaching for the sky 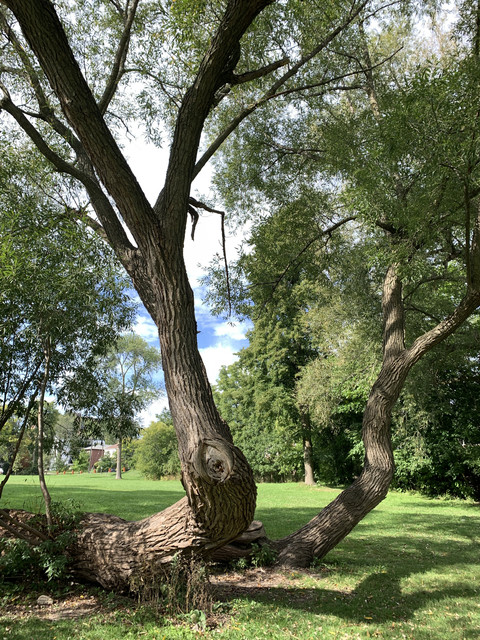 …thanks to Jez for hosting Water, Water Everywhere https://jezbraithwaite.blog/2021/09/20/raindrops-water-water-everywhere-95-and-macro-monday-sep-20/

I was just commenting to a friend the other day that it was a shame how early the pools and splash pads close here in the city. The day after Labour Day all the outdoor pools close for the season. I’m sure one of the reasons has to do with the fact that most of their staff consist of students who have to go back to school.

Well colour me surprised today when I found out that the splash pad at Marie Curtis Park still has its water feature working. Just hit the button and all the fountains and water sprayers start to flow. What a great find, especially on a warm day like today.

…..enjoying a warm and sunny day at Marie Curtis Park

Today we experienced a nice warm summer day; the last one of the season. Normally this time of year the average temperature is about 20 degrees celsius but we hit 23 and people definitely took advantage of it.

When I arrived at the park school had just dismissed its students and I noticed several children were in the playground and splash pad. Cyclists, senior citizens and dog walkers were also enjoying this great weather.

…thanks to Sami for hosting Monday Murals https://sami-colourfulworld.blogspot.com/2021/09/monday-mural-masked-faces.html

Today was a very productive day for my blog. I took a trip over to Marie Curtis Park and found subjects for three posts today. I’m always on the hunt for public art and murals. I hit the jackpot today.

….thanks to Becca Givens who started this challenge many years ago 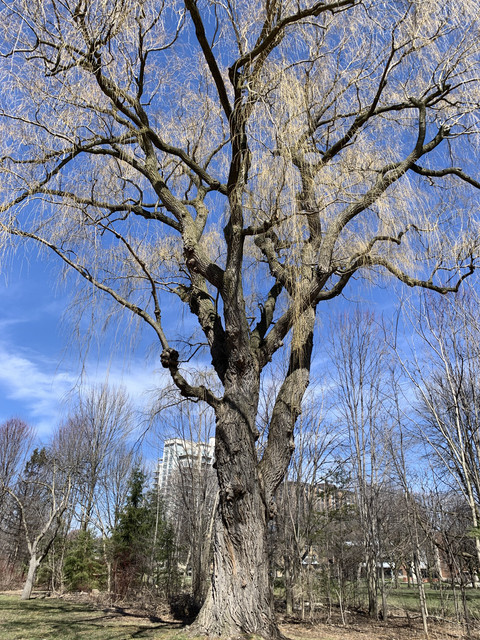 Just a hint of colour.

The last photograph on my Lumix Panasonic is of our dog Frances sunning herself on our deck on March 31st.

On my iPhone the last photos in March are ones that were sent via WhatsApp and landed in my Photos page. These two are my daughter-in-law and granddaughter, Sevin. In the second shot you can see the new shiner that Sevin is sporting. She’s just learning to walk and she took a tumble and fell on the edge of a chair.

The last photo that I took on my iPhone is just before I got back in the car after our hike along the Etobicoke Creek on Tuesday. 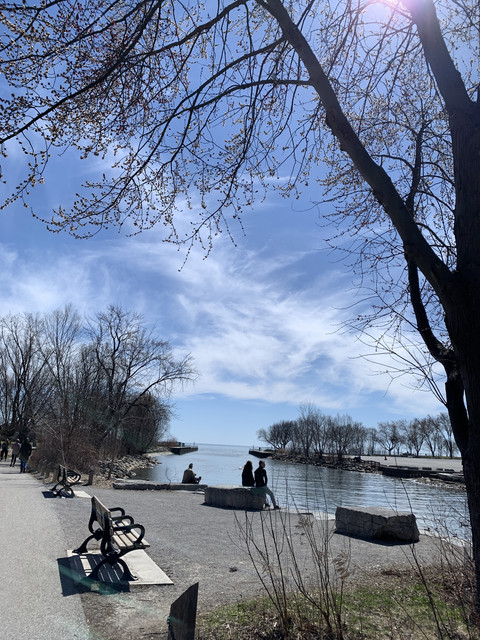 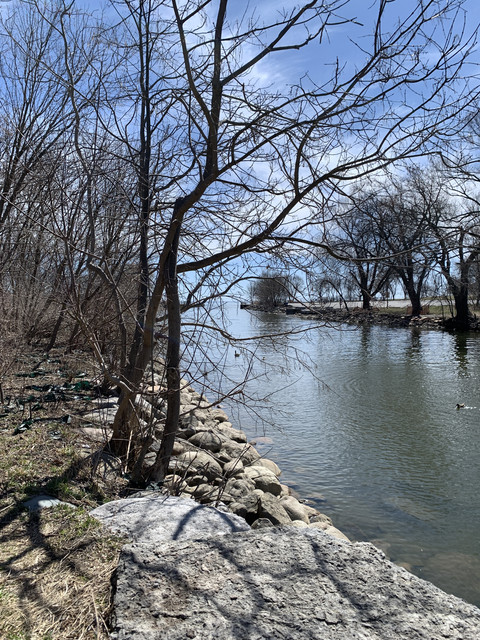 The day started out nice and sunny and it was warm enough to enjoy our morning coffee and breakfast on the deck. I made breakfast today. I made a vegetable hash with shredded Brussels sprouts, chopped kale and diced shallots. I sauteed the vegetables in olive oil and seasoned them with salt and pepper and then near the end I splashed some balsamic vinegar over it. I plated the hash and then topped it with a couple of fried eggs. It was surprisingly good! Oh I almost forgot, I also added a little bit of diced Polish sausage to the mix.

While I was checking my FaceBook page this morning my young cousin sent me a message and asked if I was going to be home. I told him I was about to get ready to go out but I would wait for his phone call. I really like this relationship that I’ve developed with my 21 year old cousin from Germany. Some of you may remember that I met him for the first time last August when he arrived in Toronto with his girlfriend, Marie. Toronto was their last stop over before heading to New York to catch a plane back to Germany. They had spent almost an entire year in Canada but most of their time was spent out west. Anyway we spent a great 10 days together and ever since he phones me regularly (about every 6 weeks) and keeps me updated on his studies and how the family is doing.

We talked for about an hour (he has a great phone plan) before we said our farewells. At this point in the morning I was still in my pyjamas and hadn’t made breakfast. K and Frances went for their morning walk without me and I was still on the phone when they returned.

After breakfast, which was more like brunch (again) we decided to take the bikes out again and do our vegetable shopping for the week. This time we headed west, along the Lakeshore Trail to a vegetable wholesaler in Mississauga. I had no muscle or joint pain after yesterday’s 17 kilometre bike ride but when I sat on the seat I realized that not all parts of my body were pain free. Ouch, ouch, ouch!

I rode through the discomfort and after awhile I was able to block it out and enjoy the ride through the Humber College grounds, along Lake Promenade, over Marie Curtis Park and past the old Arsenal Grounds where ammunition was manufactured and stored during WWII.

When we left the house it was a bit overcast but the ride to Lanzarotta’s was dry and quite warm. So warm, in fact, that I had to stop and remove one layer of clothing. The quality of fruits and vegetables at this place is always so good. I don’t mind spending more for some of the produce because I know that it won’t spoil the minute we get home.

We bought quite a bit. We didn’t let the fact that we were on our bikes keep us from stocking up on this beautiful produce. Our panniers hold quite a lot.

I love my pannier. So pretty on my new red bike.

The trip home was a little more difficult because we were riding into the wind, which had picked up considerably. It was so windy that there were a couple of kite boarders out on the lake. You know that summer is just around the corner when you see sailboats, windsurfers and kite boarders on the water. I had to stop and take a picture. They were pretty far away but I was able to capture some of the action.

Can you imagine how cold that water must be? Only last week we were still experiencing temperatures as low as freezing.

When we got home I got into the car and headed over to Costco to pick up a few things that we couldn’t buy on our bike trip.

I made dinner tonight. Come to think of it I’ve done a lot of cooking today. I baked the fish that we purchased yesterday, made lemony smashed red potatoes and made a killer salad. I don’t know why we don’t eat more fish. It was delicious.

By the way, when I got back from shopping my husband had been on g-map pedometer and figured out that we rode for 14 kilometres today. That’s a total of 31 kilometres on the bike this weekend. Wow!

Hope you had a great weekend. I know I did.