When my kids were little they were allowed to watch Sesame Street. Not only was it educational but it also gave me a bit of time to myself while the kids were entertained. Things are not much different today except that there is way more variety and kids’ shows can be viewed on tablets and phones as well as TVs.

Now that our granddaughter from England is here visiting us we have discovered that she loves Peppa Pig (as did her older cousin at the same age) and Sarah and Duck. Whenever she gets a bit cranky, out comes the phone with the downloaded episodes that Mama and Papa preloaded before they arrived.

Last week when the family went out for a walk, Kevin went to his drawing table and drew Sarah and Duck and pasted it to the front door. When she returned home this is what she found.

…thanks to my husband, Kevin for painting this delightful trio 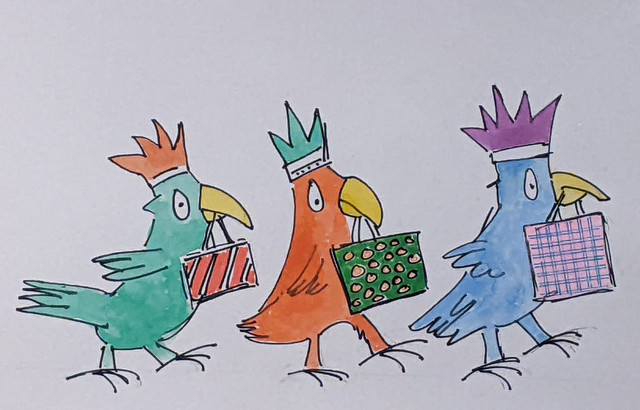 If you have photos of trios (people, animals, flowers, things, or art) why not share them with us on Thursday Trios. Just copy the link here and paste it into your post and I’ll get a pingback. I’ll be sure to respond.

…he’s almost too cute to be a monster 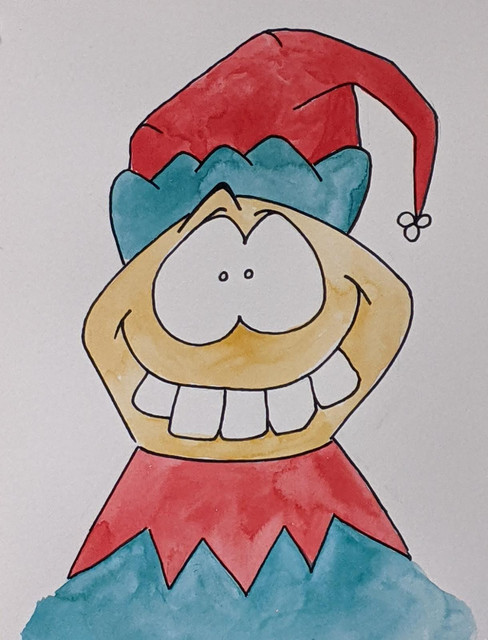 ….this would have been good for Thursday Trios but I have some interesting ones for tomorrow

My husband has dubbed these guys as the Three Wise Birds. 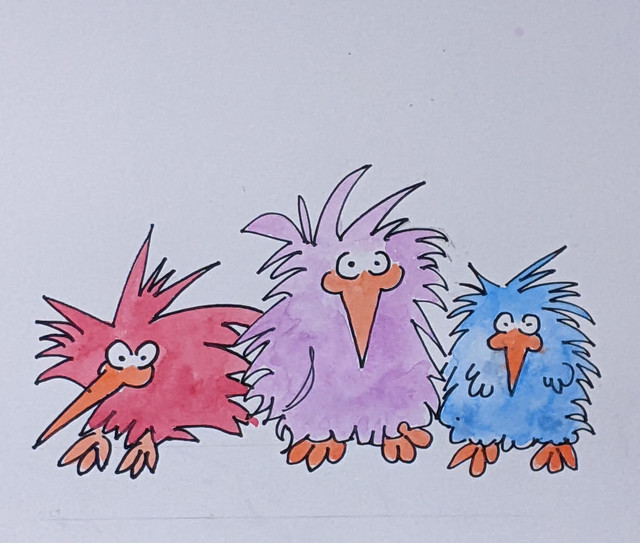 ….this monster is a tad late…he couldn’t decide on the perfect Santa hat 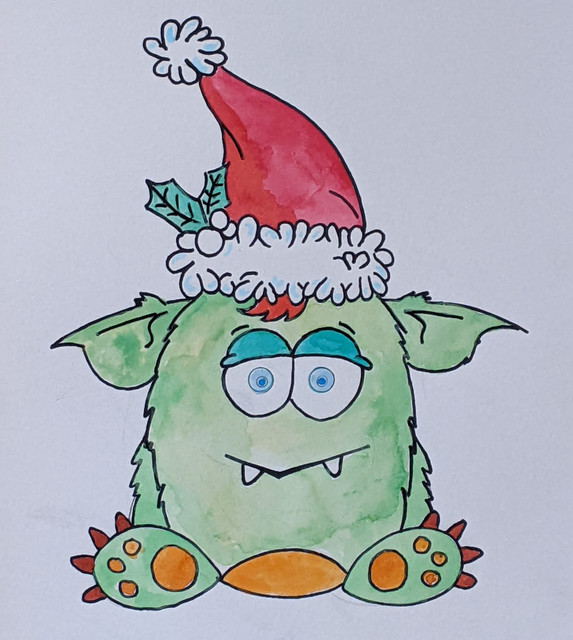 ….and reminds us that there are only 21 shopping days left 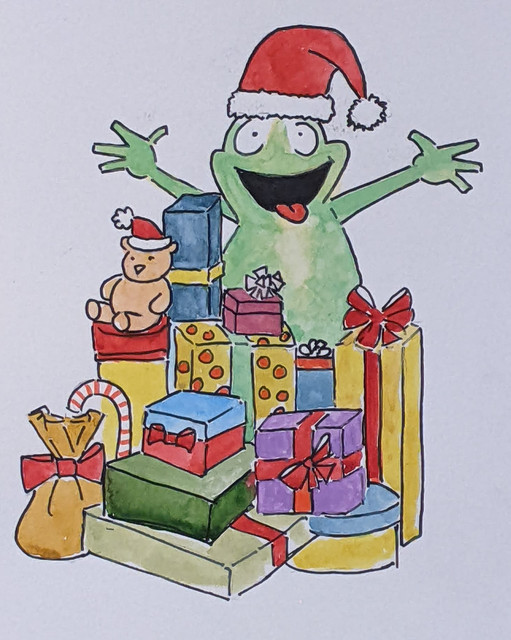 ….after all the snow it’s fitting that this week’s monster is the Abominable Snowman 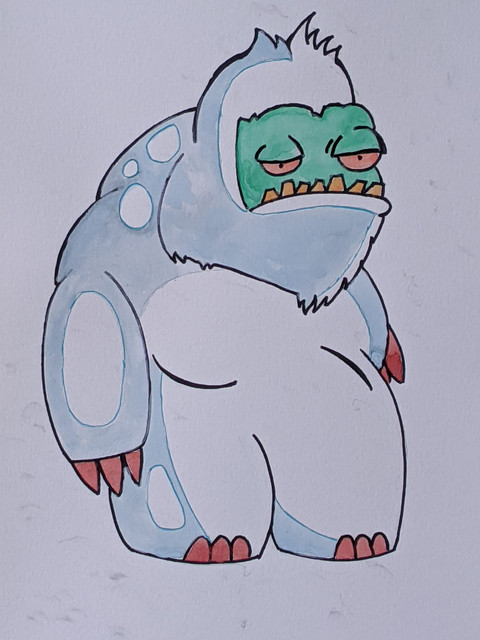 ……This TGIFFF is a bit of a departure. Tonguely is on holiday but our new friends have stuck around. They want to give a big shout out to the donors and student volunteers at the #UofG blood drive. 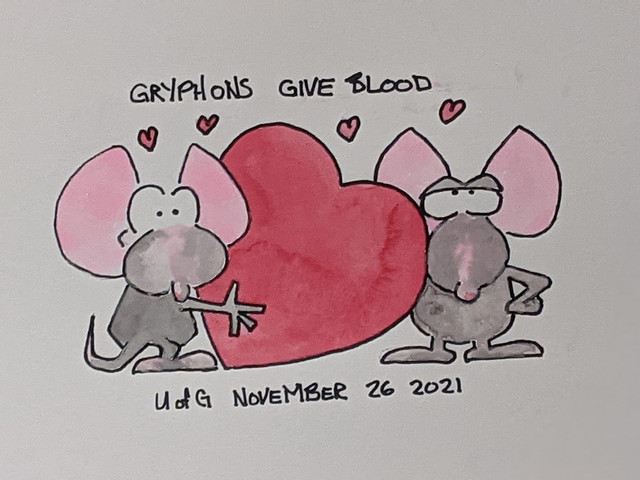 ….could have something to do with the fact that the artist was having a CAT Scan done today 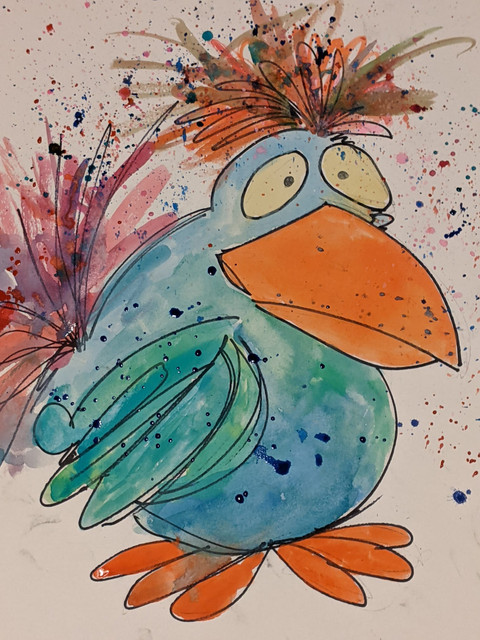