I’m finally getting back up to the cottage. With no electricity or internet I won’t be posting any photos or stories for awhile. Hopefully when I return I’ll have lots of new photo and some adventures to share with you. Here’s just a taste of what I’ll be experiencing.

….thanks to Amy from The World is a Book for hosting the Lens-Artist Challenge

Congratulations to all the lens-artists who are celebrating their first birthday with this challenge. Amy has chosen connection as her theme. 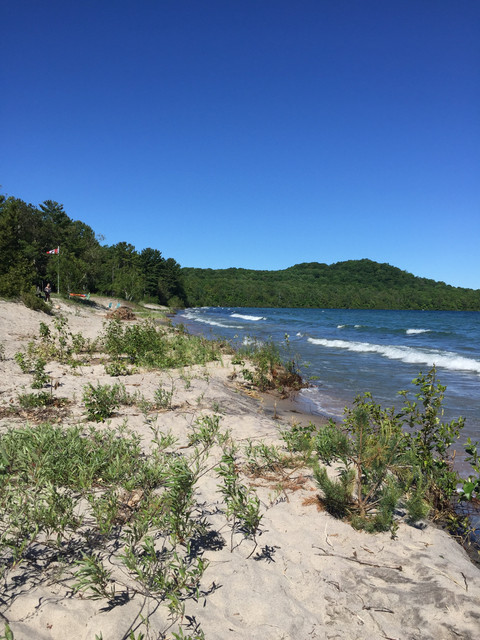 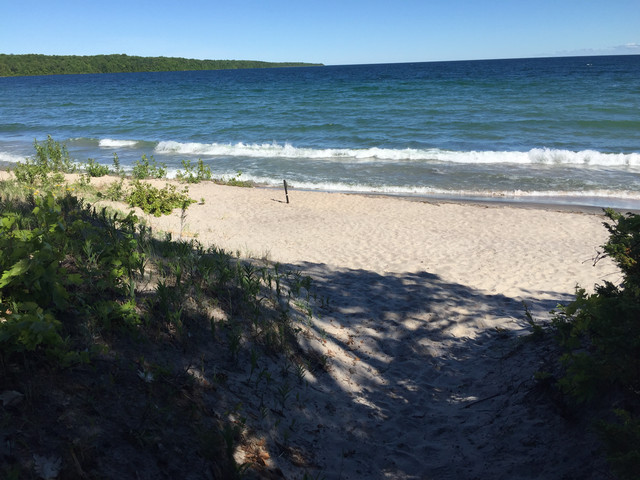 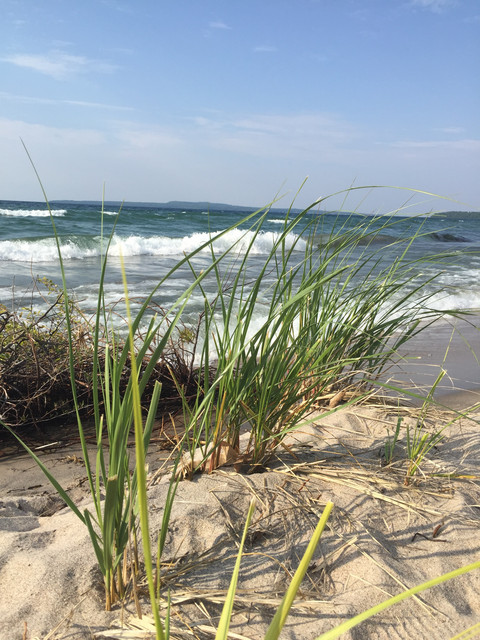 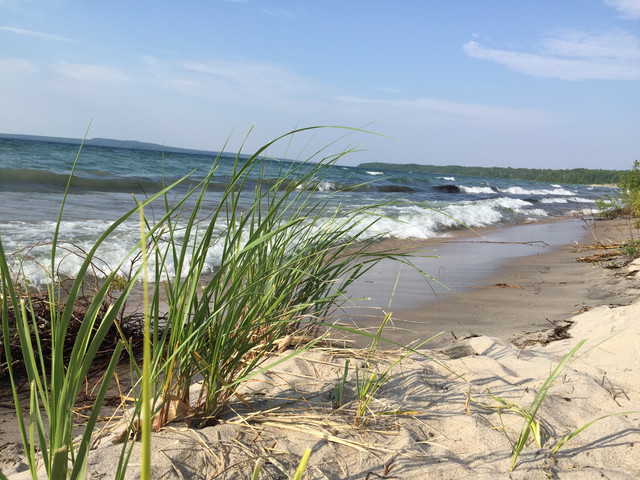 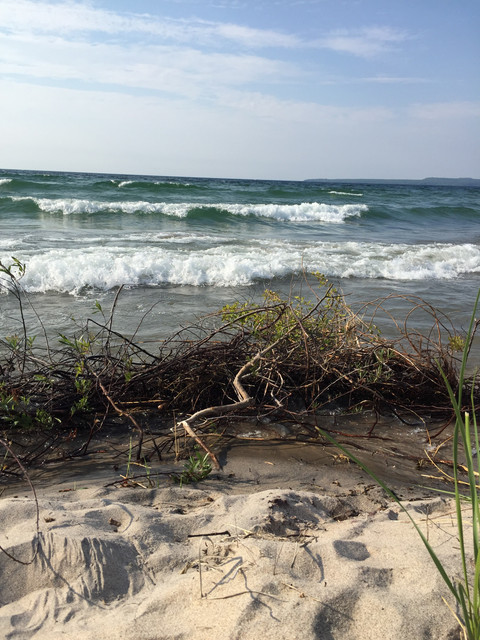 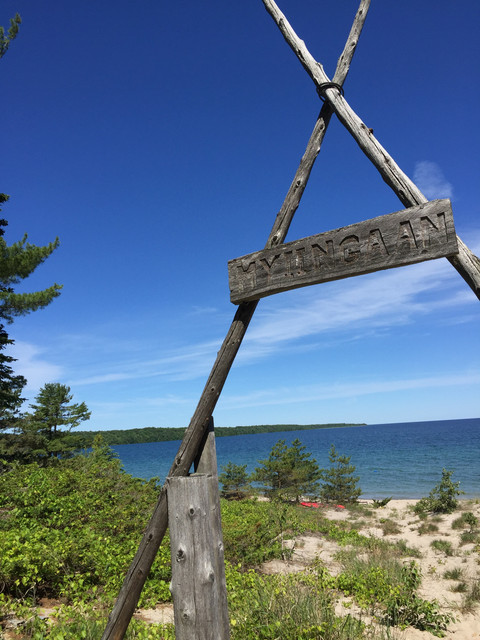 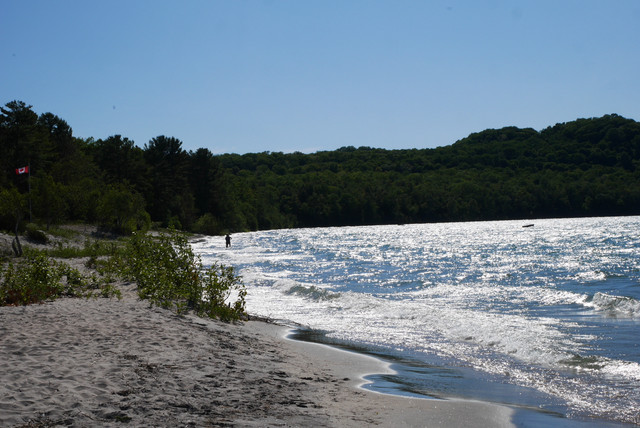 ……do you have a favourite place?

Thanks to WordPress for this week’s photo challenge, favourite place.

It’s so hard to choose just one place but if I must I think my favourite place to hang out would be at my cottage on Georgian Bay.

….on my first visit to the cottage this summer I walked the beach in the evening to get some night time pictures

…. signs that summer is almost over

Late Sunday morning as I wandered down to the beach with Frances I was taken aback by the isolation. It was after all the Sunday of the the last long weekend in the summer. It was the Labour Day Weekend.

I expected people to be lapping up the last rays of summer, playing with their summer toys, using up the gas in their motor boat or sea-do, going out for one last sail. The conditions were perfect. Where was everyone?

The only signs that human beings used the beach were the unused beach chairs. Some looked like they were waiting to be used momentarily, neatly lined up, facing the water or arranged in a circle for imminent conversation.

Others were already folded and stacked, ready to be put away until next summer. While some looked as though they hadn’t been used in a very long time as beach grasses reached up through the slats and around the legs. Peeling paint and blistering wood scar the surfaces, resulting from years of exposure to the blazing sun, the drifting sands blown about by the off shore winds, to say nothing of the rain and snow.

Is this the end of summer? For many it is, as they head back to school, back to their 9 to 5 jobs. For others it is the best time of summer, the shoulder of summer. For those lucky few I envy you, for you have some of the best days yet to come. Get out there and use those chairs. They await you.

….morning is my favourite time at the cottage

Sleep! I sleep so well at the cottage. I think it has to do with the darkness, the silence and the fresh air. I rarely stay up past 11:00 and I sleep soundly for 8 to 10 hours.

I love mornings. I make coffee, prepare a simple breakfast of cereal and berries, sit in the sun on my deck and leisurely enjoy eating my morning meal, all while I’m still in my pyjamas. Often I read a good book and relax with a second cup of coffee.

Currently I’m rereading Half Blood Blues. I’m pretty sure I didn’t finish it the first time. Most of the ladies in the book club really liked this book. I’m giving it another go. Much better, so far.

Everyday since Sunday I’ve been walking along the back road or on the beach. Today I decided to go for a long swim. I can honestly say that I have never had such a great swim and it’s the longest distance I’ve ever covered. The conditions were perfect.

I look forward to going back on Saturday. I’m sharing some of the views I see when I’m on the beach at the end of our road. The beach looks out over the north bay of the island. It was an exceptionally beautiful morning and as usual it was quiet and under used. Weekends is another story.

Normally this thorny thistle is an unusual and somewhat unwelcome addition to a sandy beach; however, upon closer inspection I discovered a lovely little ladybug nestled on one of its spiny branches.

Every year I dread opening the cottage because I don’t know what lies before me. In years past I’ve had coolers full of water and dead floating mice or acorns strewn all over the place because squirrels had inhabited the place over the winter.

For that reason I don’t like going up by myself to open the cottage. Since June was so incredibly busy at school and with my aunt being in the hospital, I didn’t have a chance to get to the cottage earlier this year.

My good friend L, drove up with me on Saturday. I picked her up before 9:00 in the morning and we arrived at the ferry dock by 11:00. The drive across the island was uneventful and we saw little evidence of new cottages going up. The lot next to ours has been leased for 3 years now but building hasn’t started.

The outside of the cottage looked fine. The lot needs to be racked and a few branches need to be cleared from the winter fall out. After we removed the plywood that covers our main door we carefully entered cottage. Surprise! It was exactly as we had left it. There was very little evidence of mice. I forgot that we left cloves all over the place so initially I didn’t know what I was looking at. Apparently rodents don’t like cloves and will avoid the areas where they’ve been left out.

I think some water may have come in after the snow melted off the roof but the bowls and coolers that we left out were empty. So far I’ve found no dead anything. L and I moved the propane fridge outside (I don’t trust it), set up the BBQ, emptied the water barrel, swept the deck and the outhouse and took all the cushions out of the plastic garbage bags and set up the couch.

When we had finished all of this we had a nice picnic lunch on the deck and then we headed for the beach for a nice swim. The weather has been so warm this spring and especially in the last 2 weeks that the water was actually swimmable. Georgian Bay is such a large body of water that most people don’t go swimming until August because it usually takes that long to warm up.Yesterday the water was refreshing and a nice break from the sweltering heat. It was difficult to pack up and leave.

Did I tell you that we only went up for the day. We caught the 4:00 ferry back to the mainland and drove back to Toronto so that we could attend our book club meeting.

A Moveable Feast: the Restored Edition

The book that we were discussing was Ernest Hemingway’s  A Moveable Feast. Most members in the club hated the book and rated it very poorly. L and I, on the other hand quite liked the book and had a completely different perspective. As it turns out, the two of us read the restored edition that was published in 2009. This new edition had new chapters added, chapters moved around and sections of the book were replaced with Hemingway’s original drafts that the editors in the past had changed.

This restored edition is apparently how Hemingway wanted the book published. During our discussion it became clear that the two books are considerably different or at least different enough to give the reader a completely different perspective on the man himself. L and I quite liked the Hemmingway we read about and the rest of the group despised him.

Earlier in the year we read The Paris Wife by Paula McLain. I loved the connections I could make between the two books. McLain’s book is historical fiction and based on Hadley’s and Hemingway’s marriage and life together in Paris. In the restored addition of A Moveable Feast, it was abundantly clear that Hemingway truly loved Hadley. The group that had read the original version did not share the same conclusion.

I rated the restored addition of A Moveable Feast 3 1/2 out of 5.