…..to all women who are mothers at heart to their families, friends and colleagues

What a beautiful day. A day to be celebrated by anyone who is a mother, has a mother or knows a mother. I am blessed to have known my mother for 40 years, been a mother for 42 years and have so many friends who are mothers, step moms, godmothers, sisters, cousins, nieces and aunties. 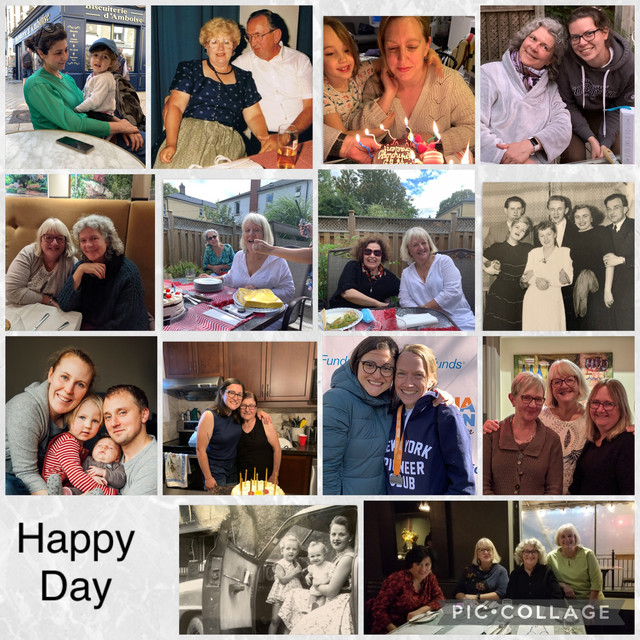 To all those family and friends who did make it into this collage please know it’s only because I ran out of space. You are all loved and I’m thinking of you on this special day.

…..as of today we managed to take in two castles, the Amboise Châteaux Royal and the Château Royal de Blois

Visiting both castles required taking trains from Tours. The actual trips took about 30 to 40 minutes unless the train was delayed because there were too many bicycles on board. Yes that’s a thing apparently. The conductor refused to let the train continue until some of the bikes were removed or properly stored. Our last trip back to Tours took an hour. I’ve never seen so many people run as they left the train trying to catch their connecting train.

We have been very lucky with the weather since arriving in Tours. Our first castle trip was to Amboise and it felt like summer. We started out in an outdoor café got a bite to eat and then made our way through the old town to the entrance of the Château Royal.

The caste’s foundation was started in the 4th century by the Celts and over the medieval period the rights to the fortress was disputed between the counts of Anjou and Blois. In the 1400s the château was confiscated by the crown and became a place for all the Valois and Bourbon Kings to live, play and raise their families.

The style of the castle was greatly inspired by the artistic vitality of the Italian artists of the period. They were invited to Amboise and together with French tastes the Early French Renaissance was created.

One of my favourite parts of the Château Royal in Amboise was the garden.

The Gardens of Amboise…..to be continue

….I finally got to use all the icing and decorations that I bought in December

Last Christmas our granddaughter from New Brunswick was suppose to come and visit with her Mom and Dad. With the emergence of the new Omicron strain they decided to play it safe and stayed home. In the meantime I went to Bulk Barn and loaded up on icing pouches, sprinkles, mini candies and peanut butter chips because Winnie had requested that we make cookies together.

Last week they finally found some time to visit and they flew to Toronto for four days. Out came the cookie mix, the cookie cutters and all the icing and decorations. It was so much fun until Oma, that’s me, ate the broken hand that fell off the Santa cookie. I was in so much trouble but luckily the trauma passed quickly but I’m not sure that I’ve been completely forgiven. Ouch!

We also got to finally celebrate Gaelan’s 40th birthday in style.

…just discovered this challenge ….thanks to XingFu Mama for hosting https://xingfumama.blog/2022/01/16/whatsoever-is-lovely-challenge-2022-week-2/

Seeing I missed the first week of this challenge I’m going to post photos from the last two weeks. I met my youngest granddaughter for the first time over the Christmas holidays. On January 8th our son, daughter-in-law and Sevin returned to London, England after spending two weeks with us. The first two photos show Sevin just before she left for the airport and sleeping on the plane.

…last Tuesday, Brendan, Sevin and I decided to go to the AGO

When I booked the tickets I knew that Tuesday would be the last day before another lockdown here in Ontario. Frankly I was quite surprised at how many people had the same idea, especially since it was a Tuesday and many people were back to work, mostly remotely, but none the less there was a bit of a line-up to get in even with timed tickets.

I really wanted to see Picasso’s Blue Period but Sevin was not really into this show so we walked through quickly. Hopefully I can go back when the lockdown is lifted.

One of my favourite areas of the AGO is the Galleria Italia with its floor to ceiling windows and beautiful wooden arched beams. I thought Sevin would enjoy this more and of course she found a seat to sit in right away. Since COVID the cafe in the galleria is closed and the tables have been removed. In its place a number of bronze sculptures are prominently displayed.

This Christmas was touch and go. As many of you know our sweet Frances had to be put down last week. If that wasn’t bad enough our daughter in New Brunswick, Gaelan, cancelled her trip to Toronto because of the Omicron variant. All the things I had planned to do with Winnie went out the window. I don’t blame them for not coming. Things got complicated with having to put their dog in a kennel and then they had to be back by December 31st because the kennel was closing down for a two week vacation.

That same day we found out the our daughter-in-law had tested positive for COVID so that meant that two more people were not coming to the house for Christmas. Luckily Josie didn’t have to be hospitalized and our daughter Andrea continues to test herself and the results regularly show negative for COVID. In the meantime on the east coast, Gaelan has been testing herself and she kept getting a faint positive result. Fortunately the last couple of tests have come up negative. On Christmas Eve, Kevin and I spent the evening together sans family.

Fingers crossed that Brendan and his family were going to get here from the U.K. Not only was the spread of the variant rampant there but the airlines were starting to cancel flights because they didn’t have the staff to man the flights. On Christmas Day I finally breathed a sigh of relief when I heard that they were on the plane. When they arrived it was raining but seeing my granddaughter for the first time was like a ray of sunshine.

Jet lag is tough for adults but particularly hard on toddlers. On Sevin’s first night she was up at 3:30 am. I normally sleep till 8:00 but I was in and out of sleep till about 7:00 and I finally decided to get up and actually get outside early and catch the sunrise. We all got warmly dressed. At the least the rain had stopped and we got a peak of the sun coming through the clouds. Seeing that we were up we walked over to the playground so that Sevin could explore.

Today it started to snow. We spent the morning playing with Play Dough and Sevin and I filled the bird feeder and watched the birds and squirrels come for breakfast.

We’re hoping to make some video calls to New Brunswick later today and hopefully we’ll be able to see Andrea and Josie in the next few days. Fingers crossed again.

….thanks to Becky tor hosting Past Squares and ThrowBack Thursday https://beckybofwinchester.com/2021/10/21/past-squares-21/and to me for another Thursday Triohttps://mamacormier.com/2021/10/21/thursday-trios-gulls-and-stuffies/

My daughter posted this photo of her and her brother and sister from 38 years ago on our Family Page yesterday. It’s one of my favourite photos. Recently I put together a photo tribute for my Dad’s memorial and I came across this trio of my Dad, Mom and her sister, taken about 30 years ago.

…thanks to Cee for hosting this weeks Fun Foto Challenge

Cee has used Whitney Houston’s hit Greatest Love of All as inspiration for this week’s Fun Foto Challenge.https://ceenphotography.com/2021/09/14/cffc-coat-of-many-colors/

My greatest love of all has to be my children, my grandchildren and my husband.

Gaelan and her family left on September 3rd to drive from Sparrow Lake, ON to Moncton, New Brunswick where their first home awaited them. The trip itself was pretty uneventful but they enjoyed the scenery and eating in parking lots. On day three arrived safe and sound. The moving van arrived the next day but they had Winnie’s bed and a mattress delivered earlier in the week.

After checking out the new house the family took a 20 drive to the ocean where Winnie was in fine form.

On their first day in the new home Winnie lost another tooth. 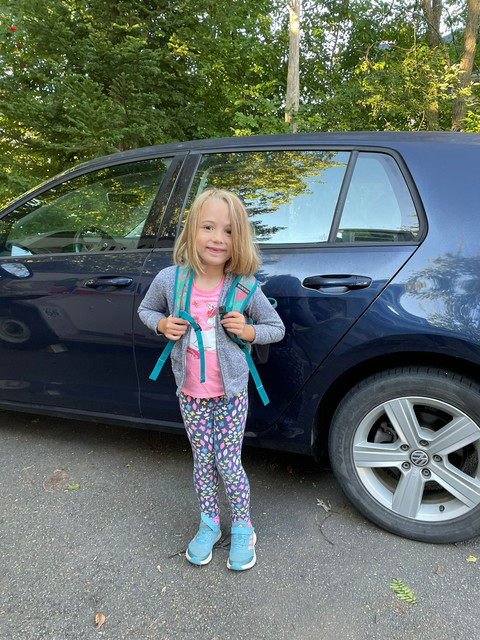 On Wednesday Winnie started her first day of school in a new school in grade one.

After a wonderful first day of meeting new kids Winnie came home and promptly fell off a bed and bit through her upper lip. Another first was the trip to the hospital where luckily it was determined that she wouldn’t need stitches, just a steri-strip.

Winnie returned to school on Thursday and had quite the story to tell her new classmates. A special thanks to Winnie’s parents for the wonderful photographs.

….on this day, August 26, International Dog Day I am dedicating this page to Frances

Frances came into our lives over 14 years ago when she was only two months old. My husband has always said the she is the best dog he’s ever owned. I say he because Frances is truly my husband’s dog but in the last few years when her energy levels dropped and she was only interested in short walks I’ve become the dog walker in the family.