….I need to get these out earlier in the day 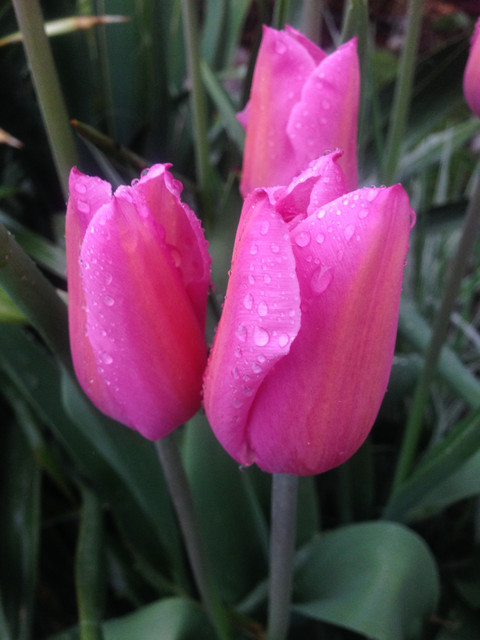 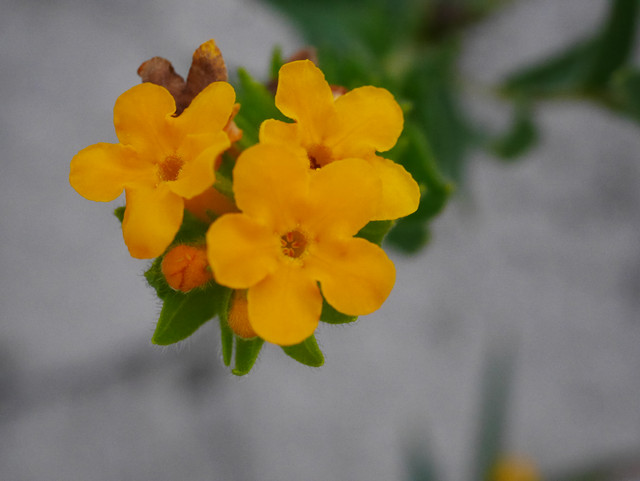 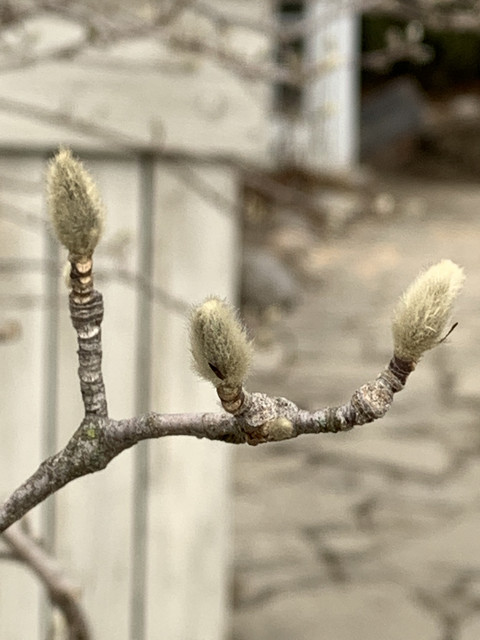 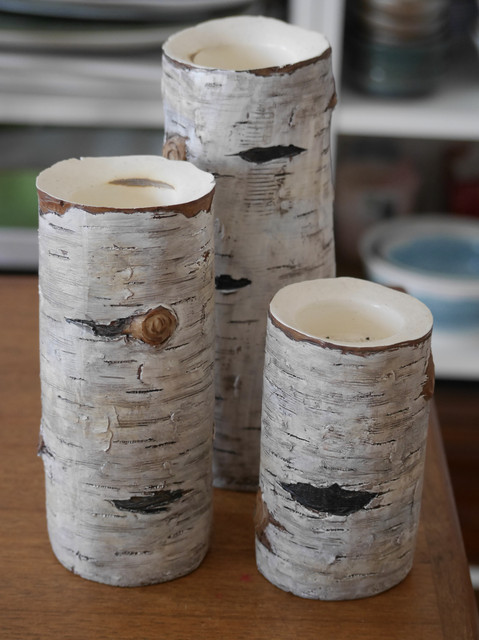 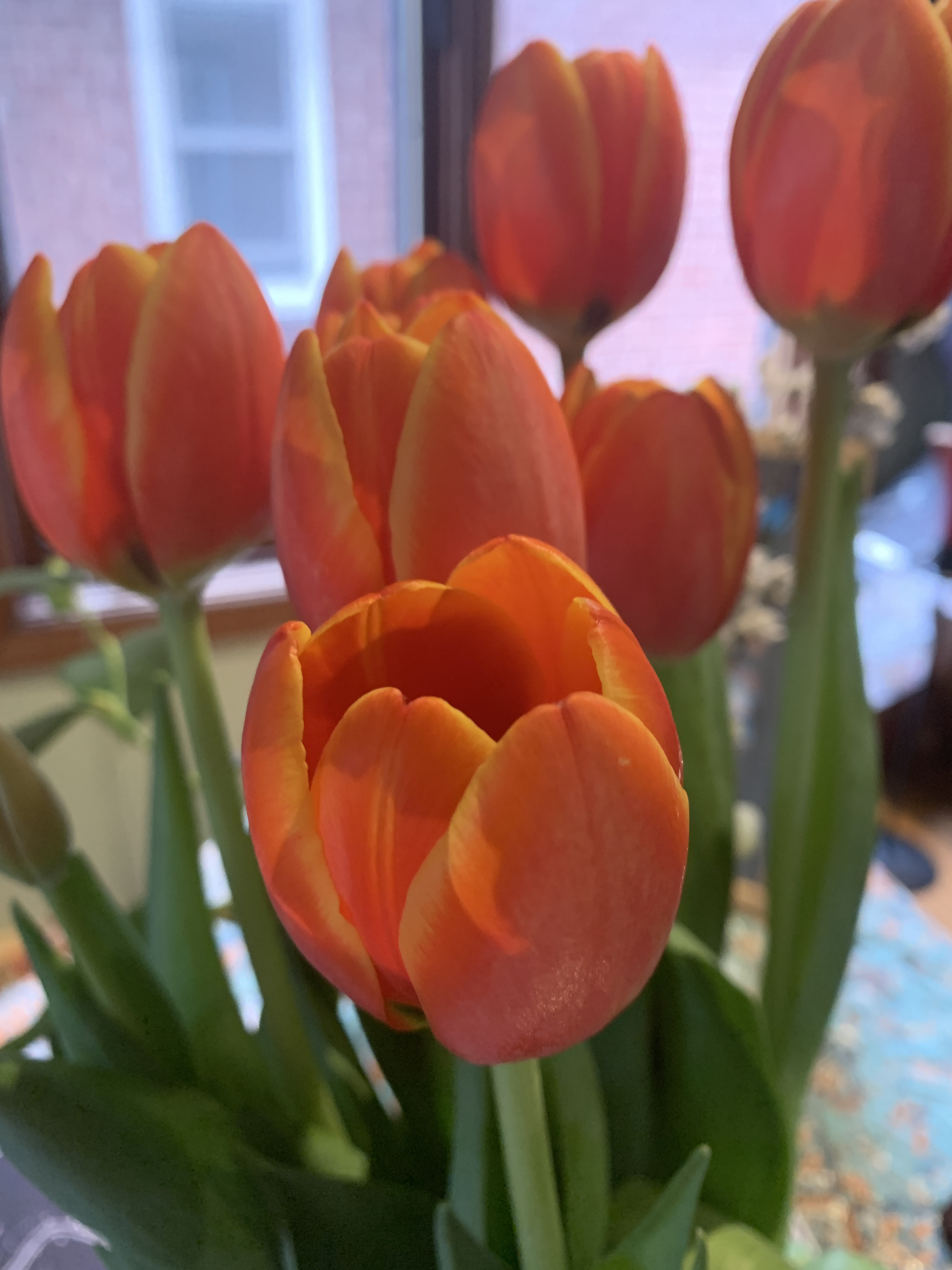 ….while waiting for the bread to bake I took a stroll around the inn to check out the gardens

On the east side of the inn the tulips are in full bloom. 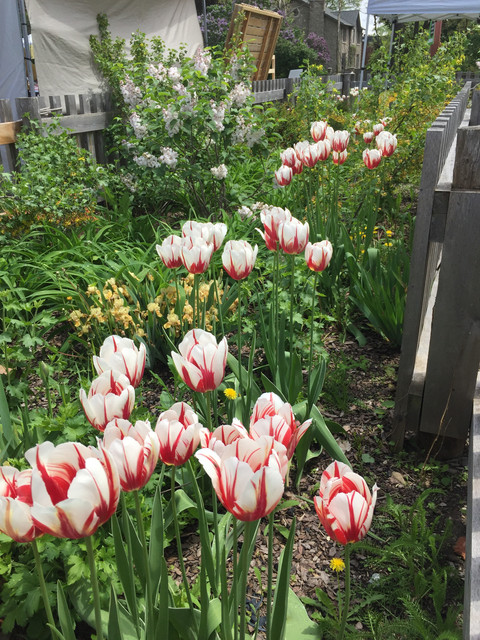 The front of the Inn is green and lush. The irises are already withering but the peonies are just about ready to bloom and the lilac blossoms are fully open. 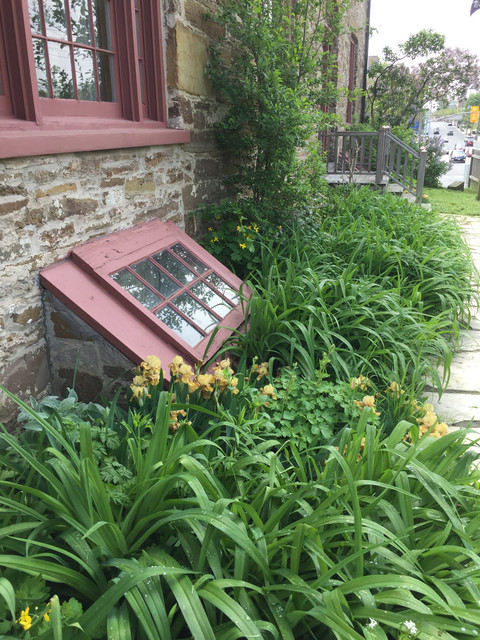 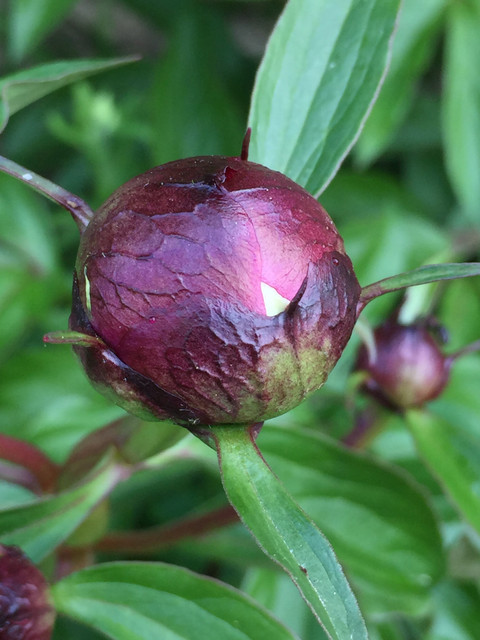 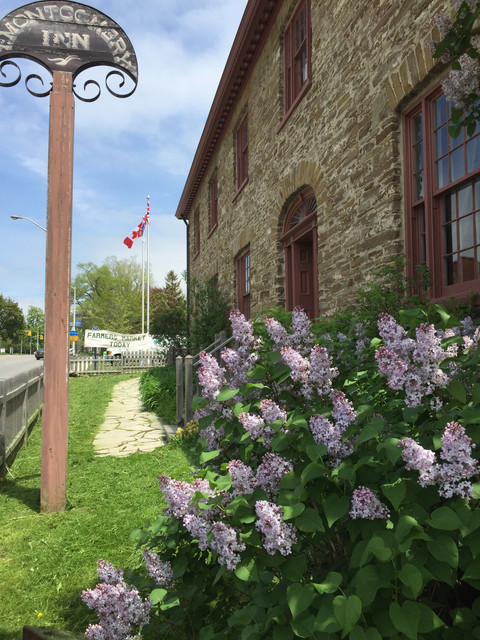 The west side is very shady. The phlox spread out a beautiful blanket of purple flowers and some of the bakers changed hats and became gardeners while waiting for the bread to come out of the oven. 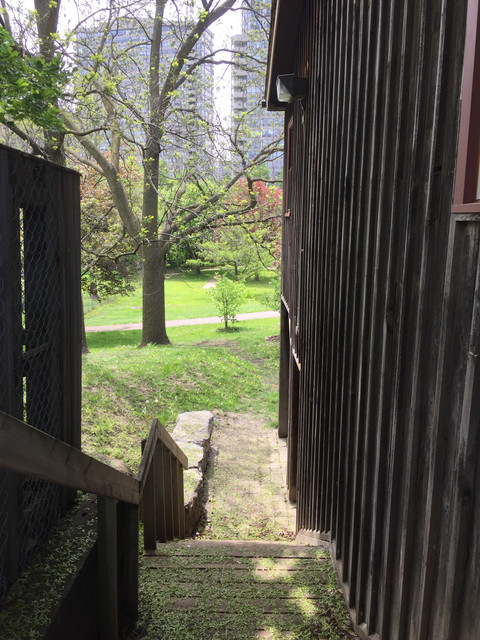 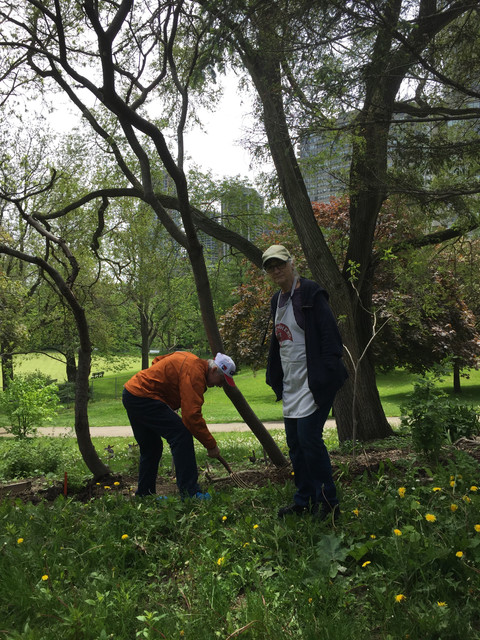 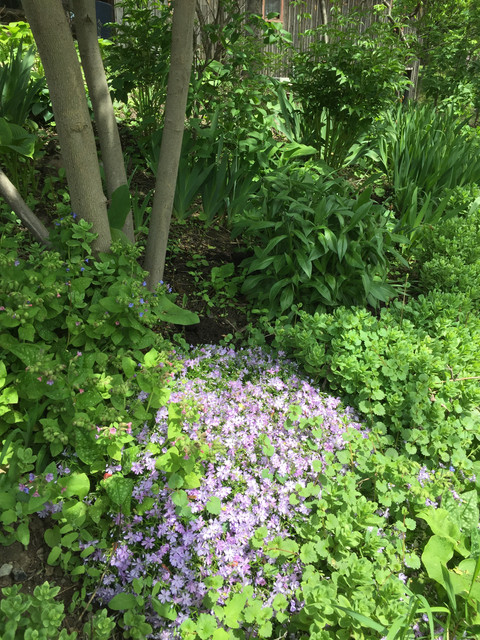 I’m back to sketching and after completing these tulips I decided they needed some colour. Out came my watercolours and in a few minutes my sketch was transformed. The snow has melted in this part of the world but the east coast of Canada has been hit with more snow storms and we’re talking about a lot of snow.

I’m thrilled that Spring has finally arrived even though the signs aren’t always obvious to the naked eye or to exposed skin. This morning when I woke up I could see that it had snowed last night. Nothing significant but enough to know that winter isn’t done with us yet and if that tiny bit of snow didn’t convince you, the cold wind certainly did.

Later in the day the sun did warm things up a bit but walking into the wind did make the trek a little uncomfortable. I, however, was on a mission to find signs of spring that I could record with my camera.

Much of the plant life still harbours the brown tones of decay but the sun added a certain warmth and brought out a richness to some colourful naked branches.

One of the signs of spring was the hidden treasure that lay inside the snow all winter and now appeared everywhere. Hardly photo worthy though. On our way home we looked up and I saw my first robin of the season. I have noticed that the birds are singing more brightly in the morning when I wake up and the squirrels are more active in the backyard.

I was hoping to see signs of new growth coming up through the ground but It wasn’t immediately obvious. When I returned home I walked up to the front garden and pushed aside a few leaves and lo and behold I found my crocus starting to push up through the ground. Spring is definitely here despite the cold and gloomy forecast for April.

Well at least it’s warm inside and my husband has brought Spring indoors with his gift of fresh tulips. I’m a lucky girl.

….the only thing missing is painting

What a perfect day. I woke up early and started reading the book The Silent Wife. After a couple of chapters I made myself a cup of coffee and then started practising Somewhere Over the Rainbow on my ukulele. I’m hoping I can play it well enough to accompany the kindergarten class at this years school concert at the end of June. I then made myself an omelet and prepared fresh berries for breakfast.

My husband wanted to start planting in his new raised bed but we decided that it needed more soil and it needed to be sectioned off with string. So I made a quick trip to the dollar store for twine and the nursery for more soil.  When I returned home I found that the front lawn had been mowed but now I could see where the dandelions were starting to expose their yellow heads. I donned my gardening gloves and pulled the weeds from the flower beds and the dandelions from the lawn. Then I took my trimming shears and trimmed away the long  grass around the tree, at the edges of the flower beds, sidewalk and driveway and around the telephone pole…..all the areas that were missed by the lawn mower.

It took me hours but it felt good to get out in the sun and fresh air and the yard looked so lovely and groomed. It was almost 3:00 before I finished and I had a party to attend at 4:00. I quickly showered, washed my hair, blew it dry and dressed for the afternoon birthday celebration.

It was a perfect day for a backyard get together. It was warm enough for people to sit outside and I got to meet M’s sisters and friends. M was celebrating her 70th birthday. She looked stunning and her son did a fantastic job organizing the entire affair. His friends did all the serving and bar tending. A great time was had by all.

The day’s not over yet, Maybe I’ll get a little painting in as well.