In one of today’s Sketchbook Revival classes we meet Tamara Laporte. I’ve watched some of her classes before but I think this is the first time I’ve completed an assignment. It was a lot of fun and I think I may go back to her site and try some more.

This owl was first sketched with pencil and then watercolour was applied. Along the way marker, ink, pencil and acrylic paint pens were used to add detail. 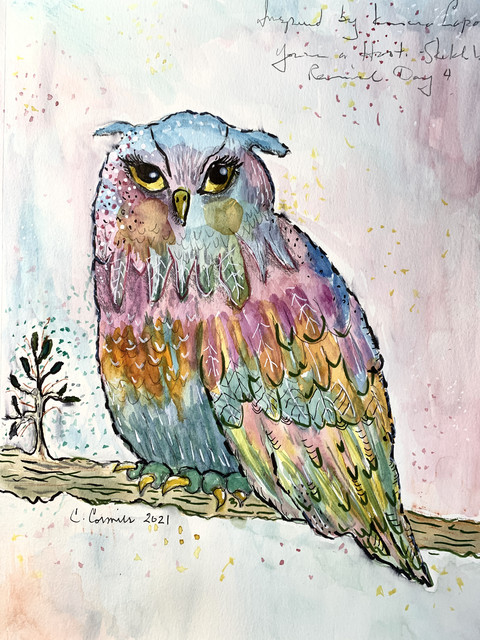 …just a quick painting from the my husband’s art table 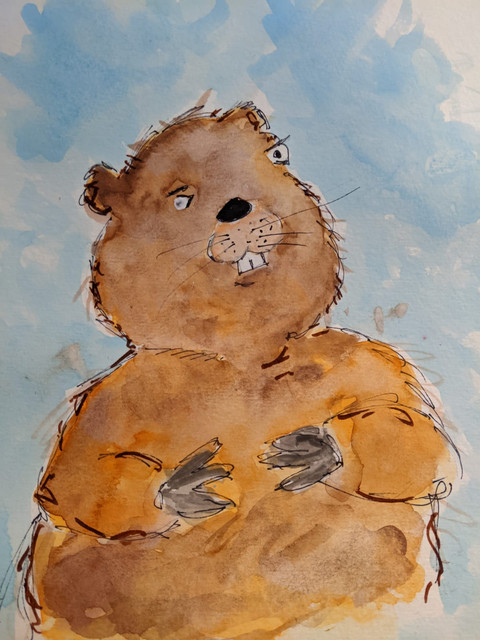 ….thanks to Cee for hosting the Fun Foto Challenge 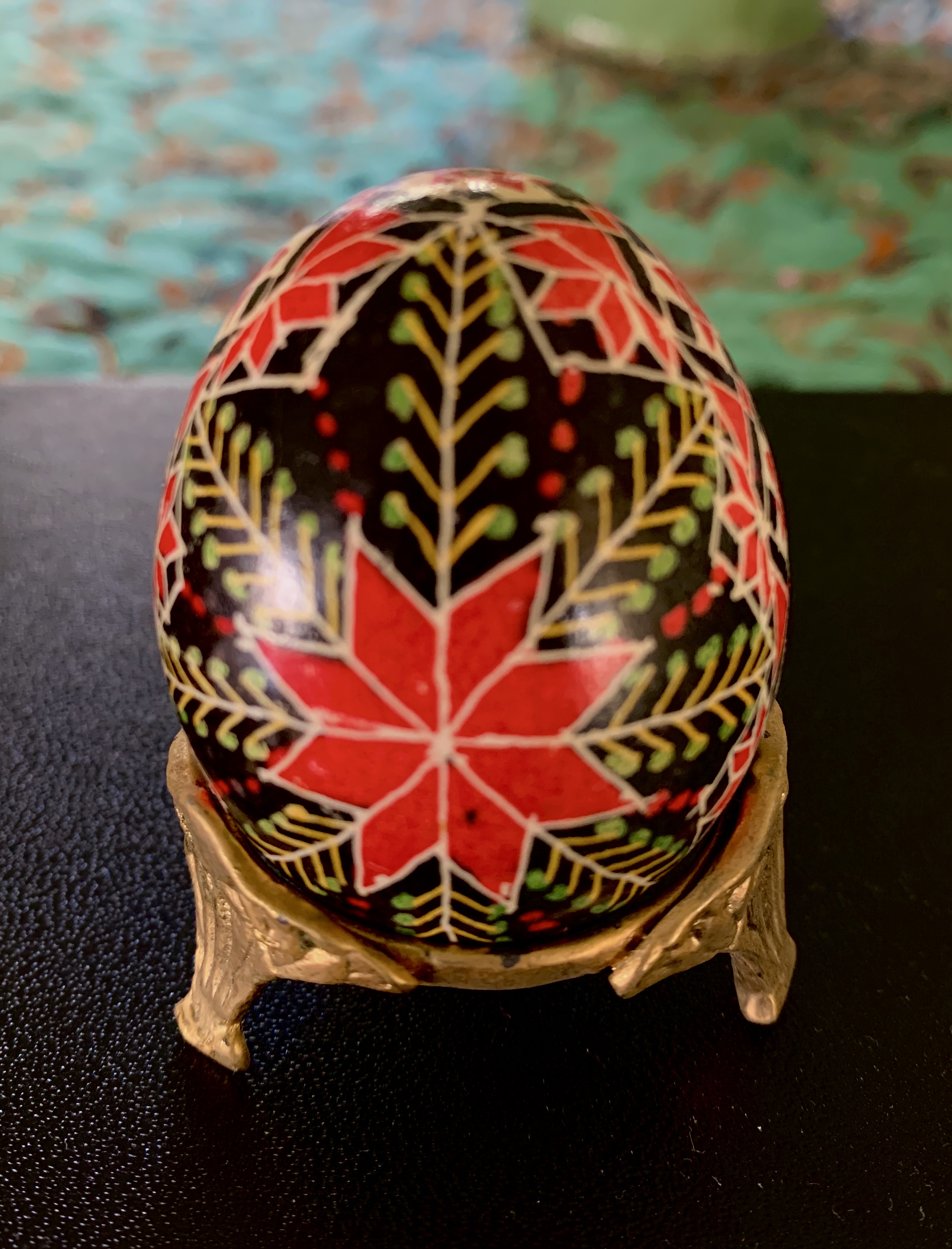 Part of a Ray Cattell Painting in my house Watercolour done by me 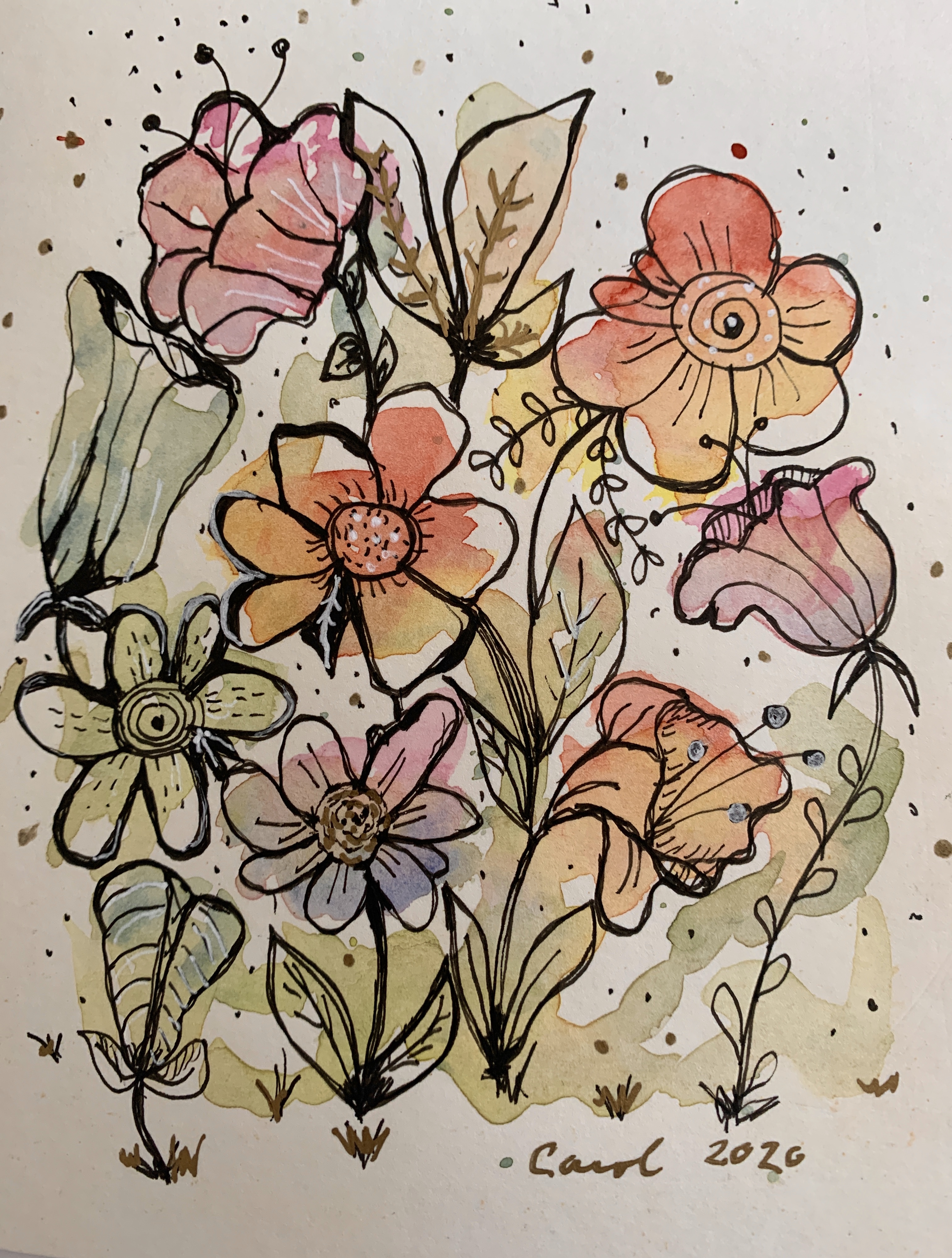 COVID Painting in the Neighbourhood 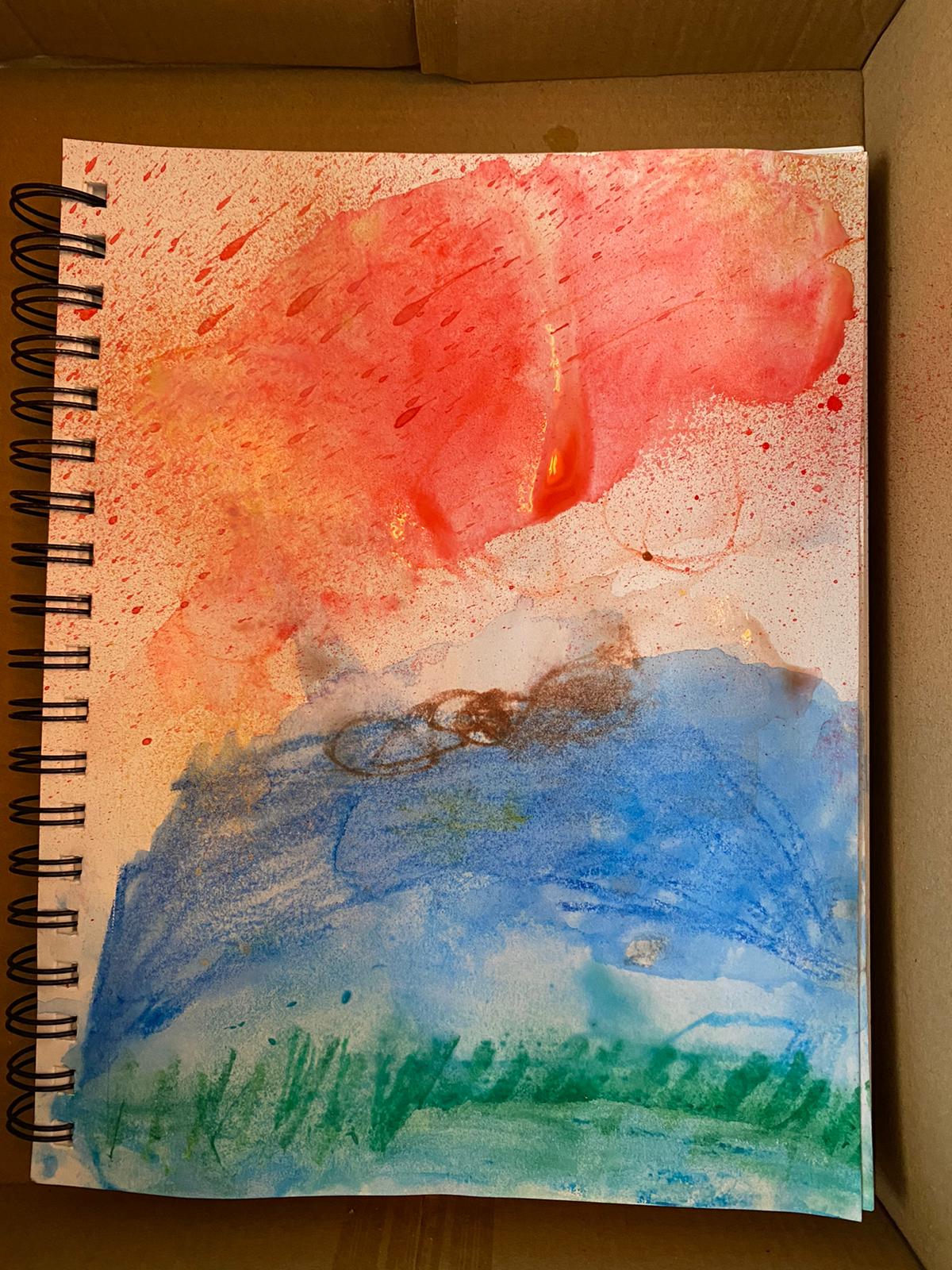 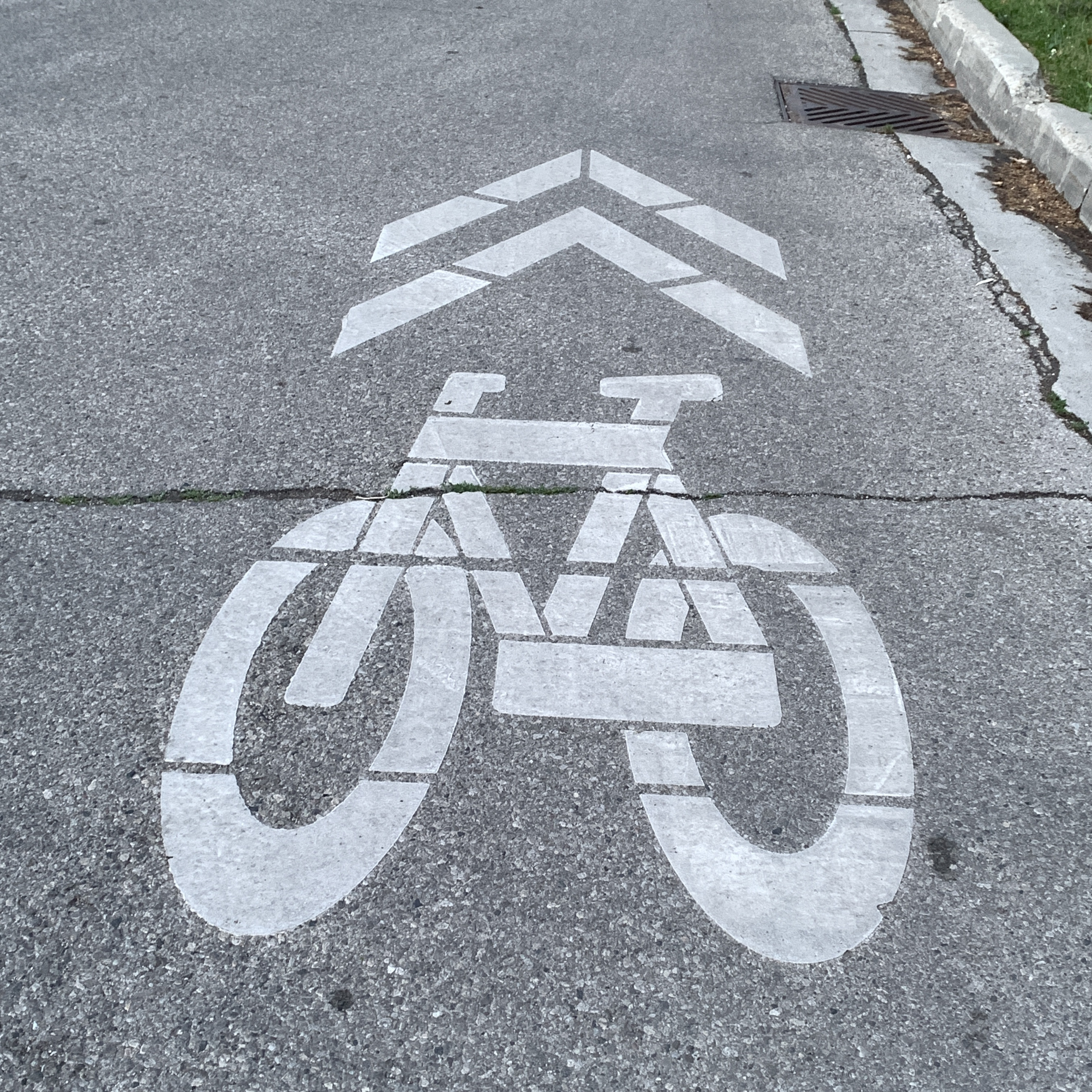 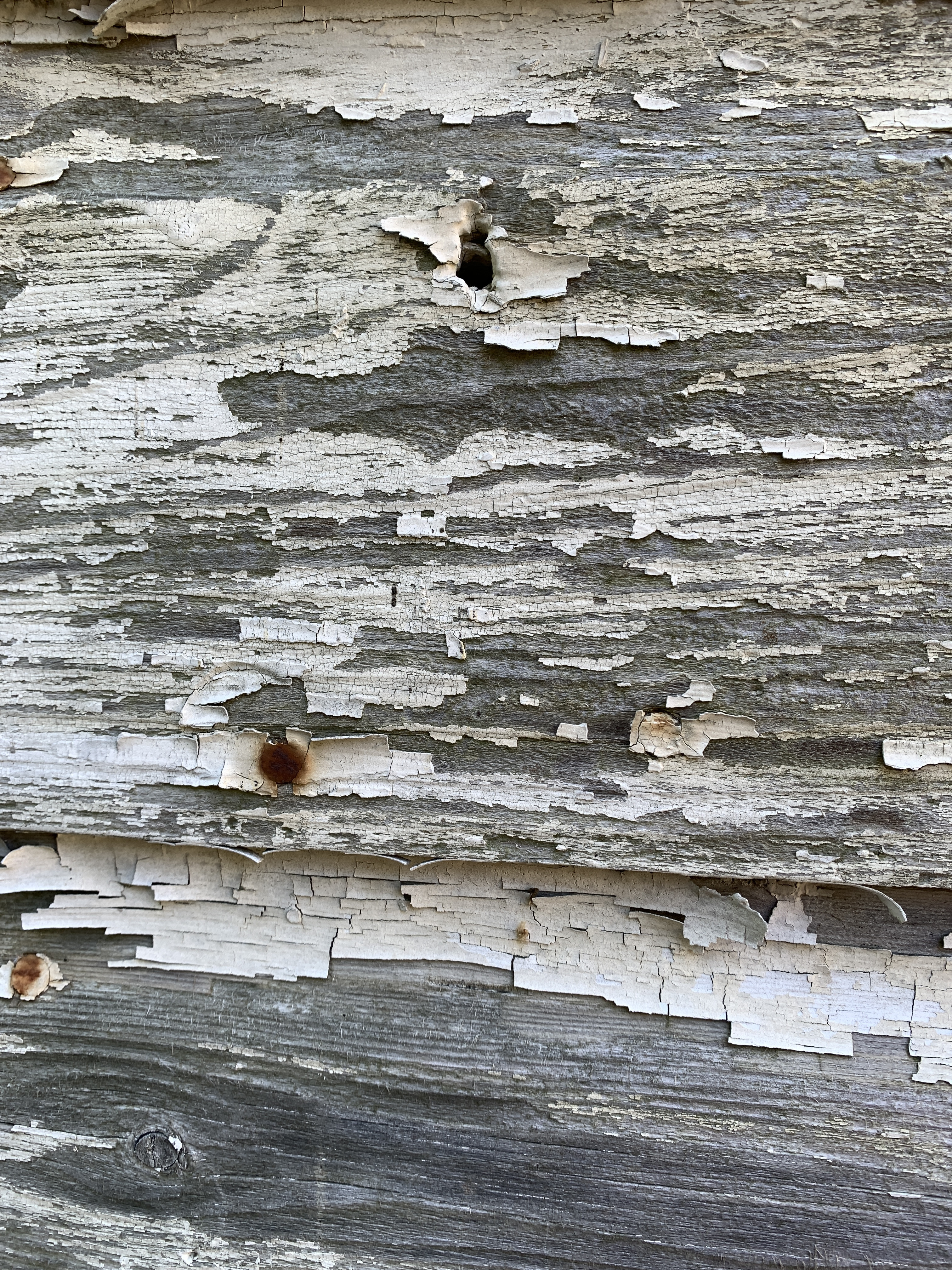 …thanks to Nancy Merrill for hosting A Photo a Week Challenge 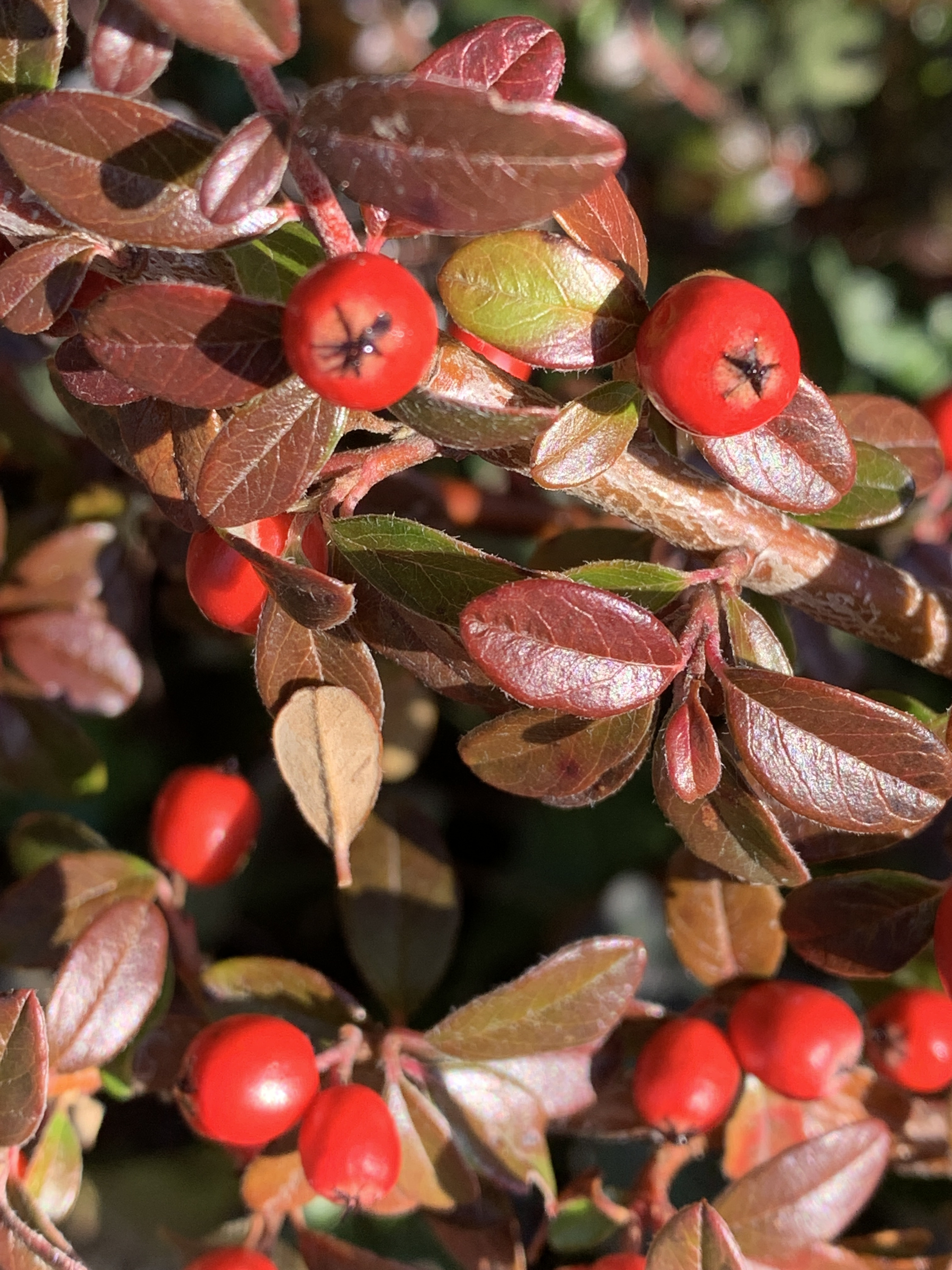 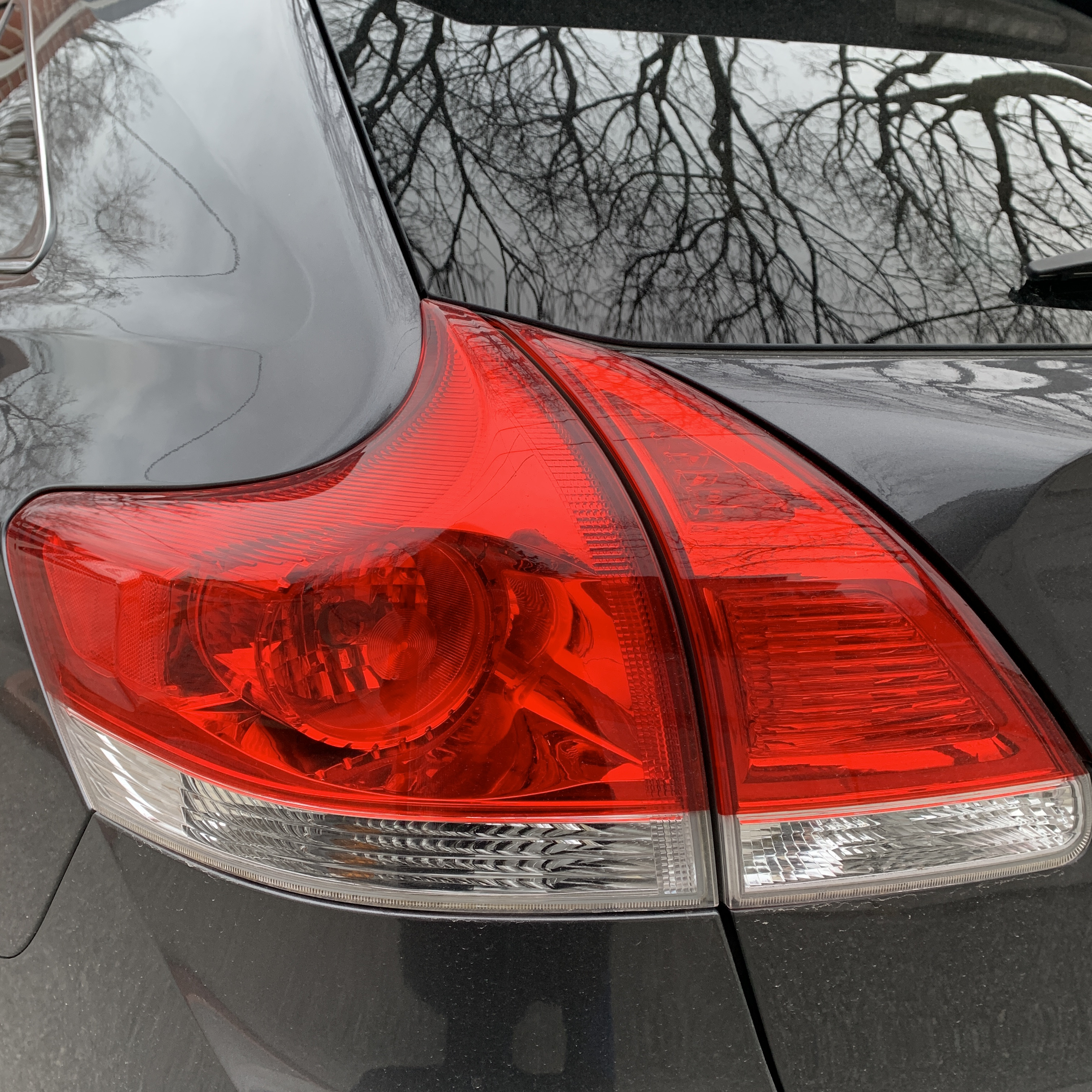 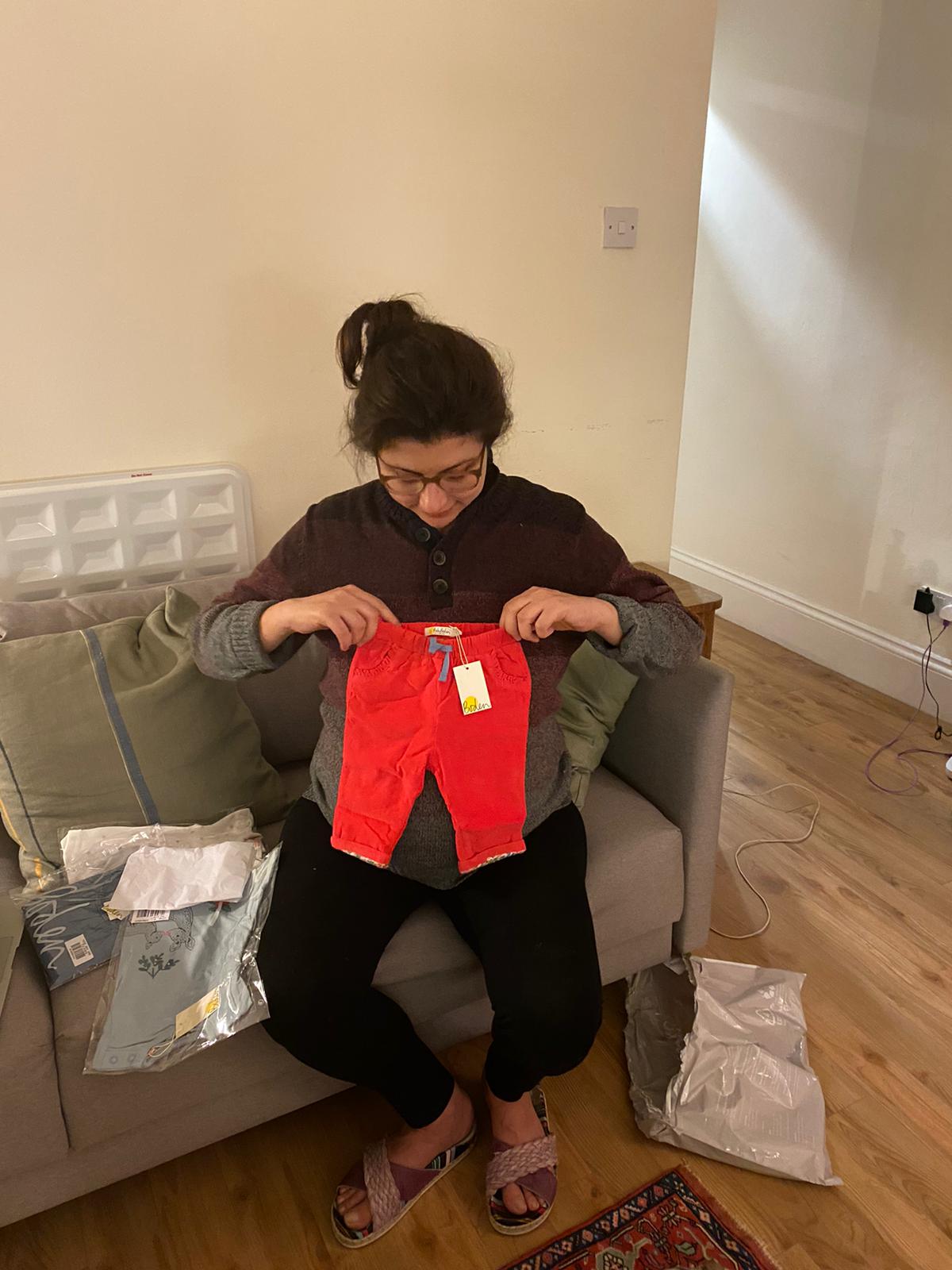 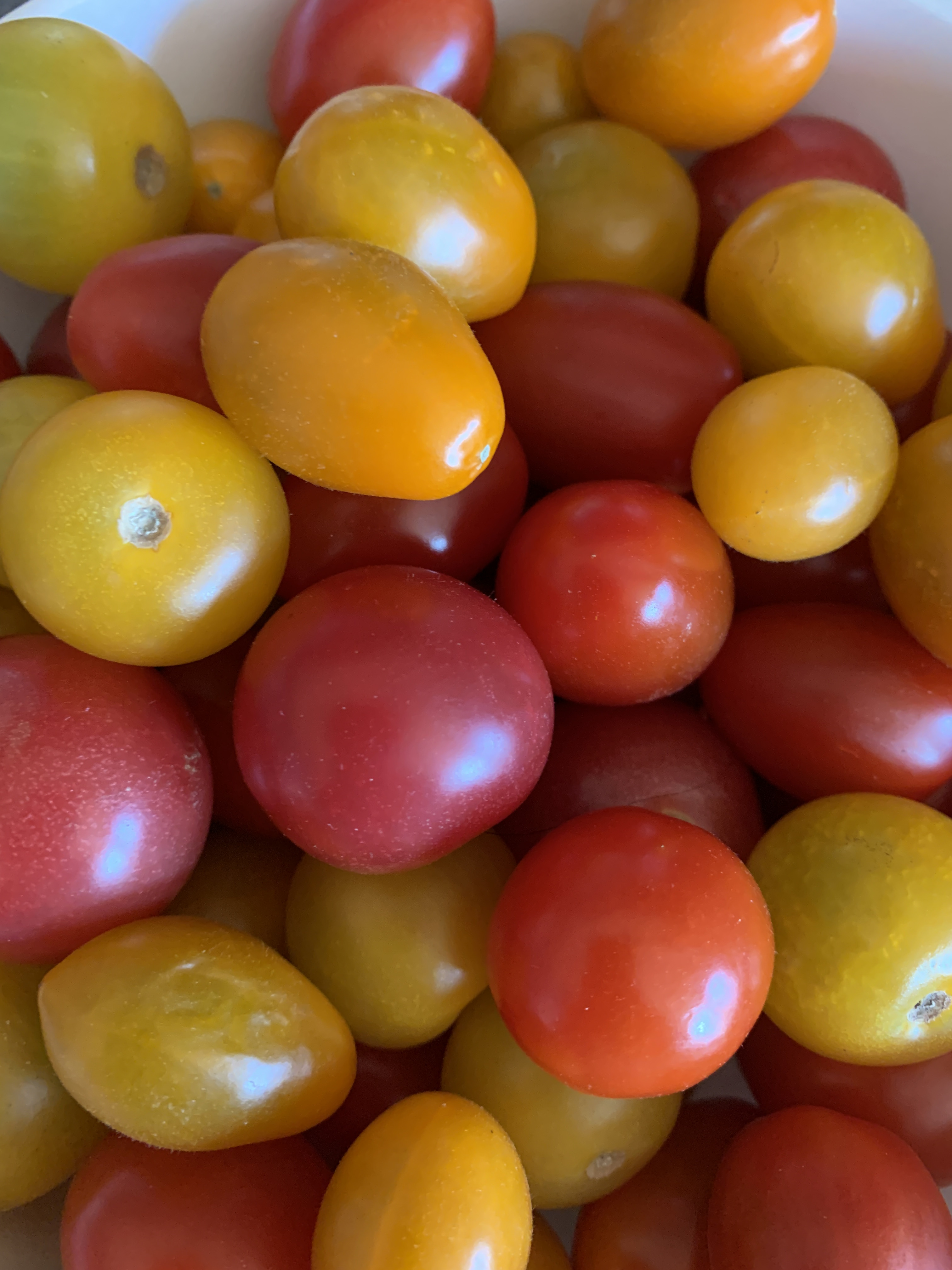 ….thanks to Becky B for hosting October Squares

Last weekend the Historic Museums of Toronto hosted the Big Draw. Each museum featured numerous art activities to involve the community. At Montgomery’s Inn one of the activities was painting the windows in the gallery and meeting room. When done it looked like a giant stained glass mural. Here is part of it. 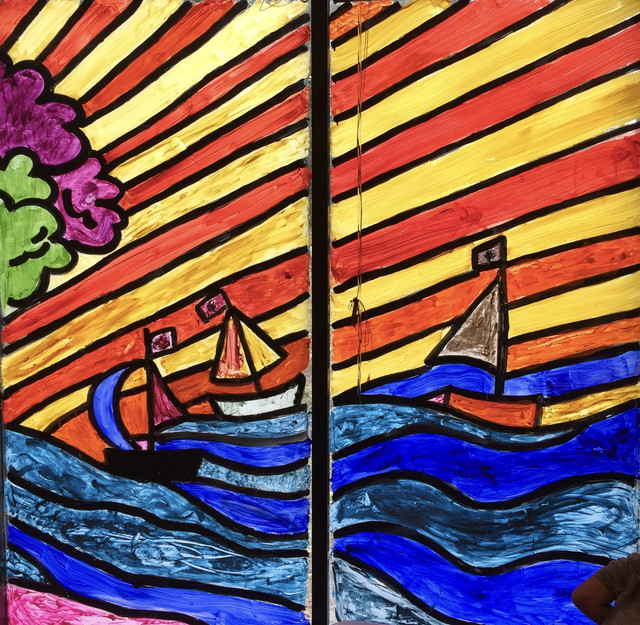 …..the kindergarten classes that I teach art to created a garden of Van Gogh inspired sunflowers

Recently I read the book The Artist and Me by Shane Peacock to the entire school. The book is one of the Blue Spruce nominees for 2017.

I liked this book for two reasons. Firstly, because it is written for young children and highlights how the famous artist Vincent Van Gogh was bullied by children and adults alike. It points out that even adults are bullied when they appear different or do things differently. In Van Gogh’s case he suffered from depression and his art was different from the classics that people had come to expect from artists. The students were surprised that such a famous artist was treated so badly. I explained to them that Van Gogh was one of several new artists that had grown tired of traditional painting and wanted to experiment with texture, colour and paint strokes. People had a hard time excepting this new way of painting and in his lifetime Van Gogh only sold one painting.

Secondly, I liked this book because the illustrator tried to use similar colours that Van Gogh used and he reproduced parts of Van Gogh’s work in his illustrations. For example there are a few illustrations of Van Gogh’s famous bedroom and an illustration of the wheat fields that he liked to paint.

I had other books that showed some of Van Gogh’s many paintings. I showed my kindergarten classes the sunflowers that Van Gogh became famous for after he died. In our art period I demonstrated how to paint simple sunflowers using round stamps. Some of the students used paintbrushes to create the petals of the sunflowers. We talked about the different varieties and colours of sunflowers and I gave them yellow, red, orange and white paint that they could mix if they wanted.

On the first day the students painted the centres and the petals of the flowers. On day two they added green leaves and stems. I also gave them the option of adding a blue sky in the background and I showed them how to paint around their flowers. Some of the students also added some ladybugs and other little critters.

….in this part of the world spring is not close at hand

Looking at blogs that originate in Ireland, the United Kingdom, parts of Europe and the west coast of North America I’m amazed to see so many gardens that are already in bloom with beautiful spring flowers. With some luck we may see our first daffodil in late April but most of our flowers won’t appear until May.

To get us in the spring mood I painted some simple made up flowers using watercolours and circle shapes. For the background I used a scraping technique that I learned from Carla Sonheim. Once the paint was dry I added more detail, sometimes with  more paint but mostly with black ink from a Sharpie. I liked the final product so much I adapted it for my students and when I return to school this week I will plaster the walls with their beautiful gardens of flowers. I will share their work with you later this week.

I’ve found in the past that I get my best work done late at night when everyone is in bed. At the cottage it is more difficult to do because the light isn’t good after the sun goes down. Today I found myself all alone at the cottage. My neighbours had left for a few days and I didn’t have a lot of things to pack before I left for home.

I got out my paints and set up my brushes. I had a large canvas that already had the background done. In fact the background had been done for two years and I just wasn’t sure how to finish it. Then I remember hearing these wise words….” it’s only paint”. In other words don’t worry about messing it up, just go for it.

I knew that I wanted to paint pears and I had a vision in my head how I thought it might look. I lightly sketched two pears and then started adding colour. I like to work quickly and I use brushes, rags and my hands. Two hours later I finished my piece and am quite happy with it.

Back in April my friend, colleague and our school’s music teacher asked me if my students could paint large copies of some famous Canadian paintings that could be used to decorate the back of the stage for our outdoor concert in June. At first I was a little hesitant and reminded her that my students were only 6 to 8 years old. I thought about it for awhile, found a book in the library of Canadian art and then asked my students which paintings they would like to copy. I tried to steer them towards art that had large shapes and simple lines.

My grade two class loved Lawren Harris’ iceberg art and insisted that they could do it. The first grade one class chose Emily Carr’s totem pole and the other grade one class were highly influenced by me and chose the Jack Bush abstract art. My older students, the grade 3s were asked to choose something from the North and they agreed to paint a Ted Harrison piece.

Normally I would encourage students to paint in an artist’s style but for this project we wanted the paintings to be recognizable. I cut out large pieces of heavy paper and taped them to the wall outside each classroom. I made a few marks on the mural paper as a guideline for the students so that they could draw the foreground, middle ground and background. With the Jack Bush painting I divided the paper into sections and the students took turns drawing the lines as I held the ruler. They then labelled each section with the colour and the student who would be filling it in.

The grade 3s impressed me the most with the Ted Harrison painting that they chose. I gave  them the least amount of assistance and they drew all the detail, including the whale without any help from me. It was also the first painting to be finished so I used some of the students from this class to assist the younger students with their paintings.

All four paintings were finished with no time to spare. We reinforced the back with duct tape and then taped them to the stage wall. They were perfect and fit the entire back wall. It was encouraging to hear parents actually naming the pieces or the the painters as they walked down the hall while the students were painting. They even recognized the Jack Bush piece because they had just come back from a field trip where his paintings were being featured. No, the names were not above the paintings during the painting process!

Here they are. You can getter a better idea of the size from the last photo where they are on display at the back of the stage.

…..this week’s WPC or does art imitate life?