…thanks to Becky B for hosting January _____light squares

Christmas is still not officially over and the lights in the neighbourhood will be up well into February.

….I’m guilty of not putting up my Christmas lights this year….yet

Thank goodness that my neighbours had the energy to put out their decorations and string lights in front of their homes. So far I’ve only managed a wreath on my door and I purchased an outdoor arrangement that I placed on my new post by the front stairs. Unfortunately the winds have been so strong that it’s been blown over three times and the last fall completely shattered the container.

Here are a few homes that I managed to photograph a few days ago. I would have posted sooner but I was having issues with adding photographs taken with my new iPhone. Fortunately that’s been settled. 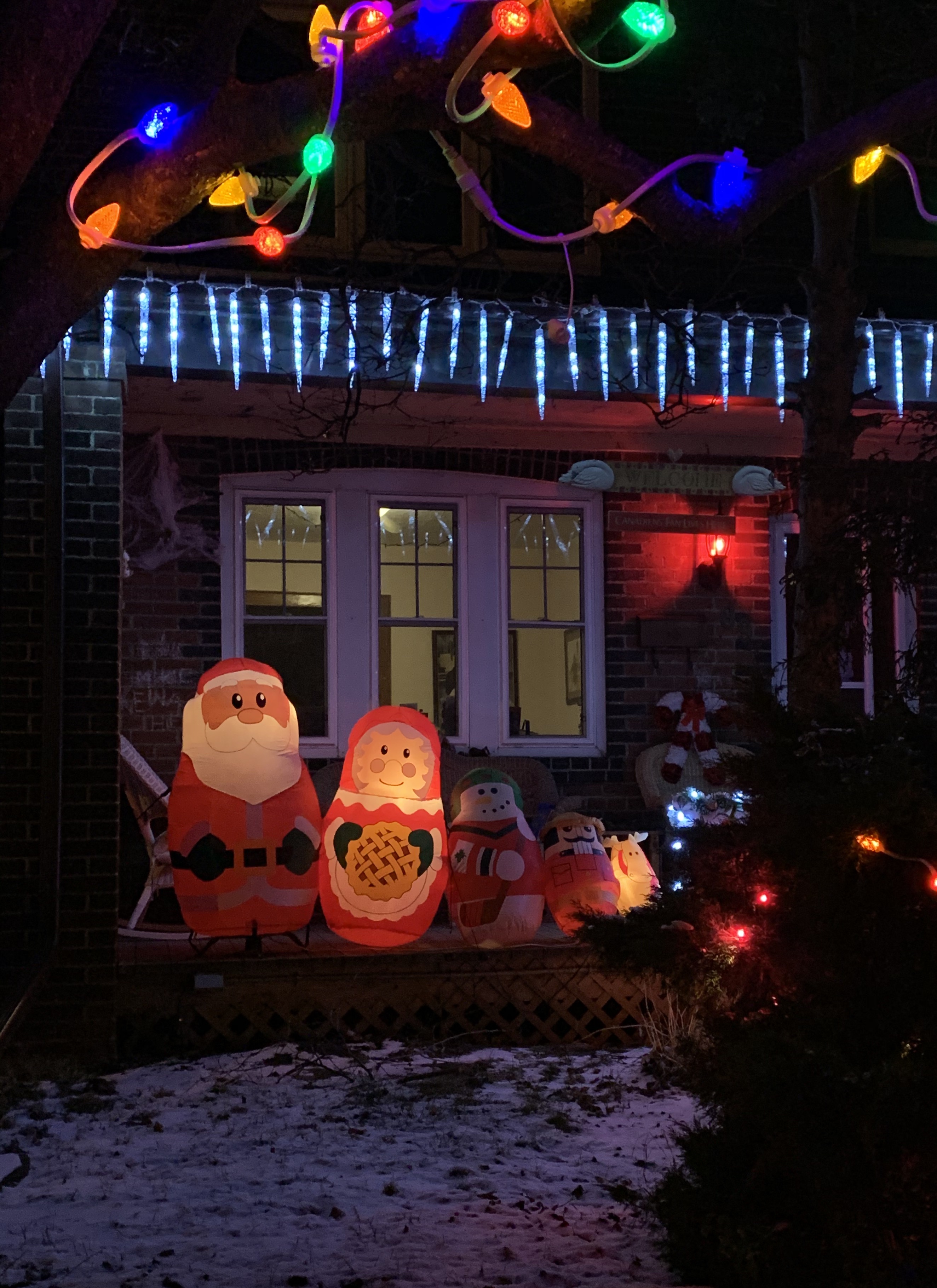 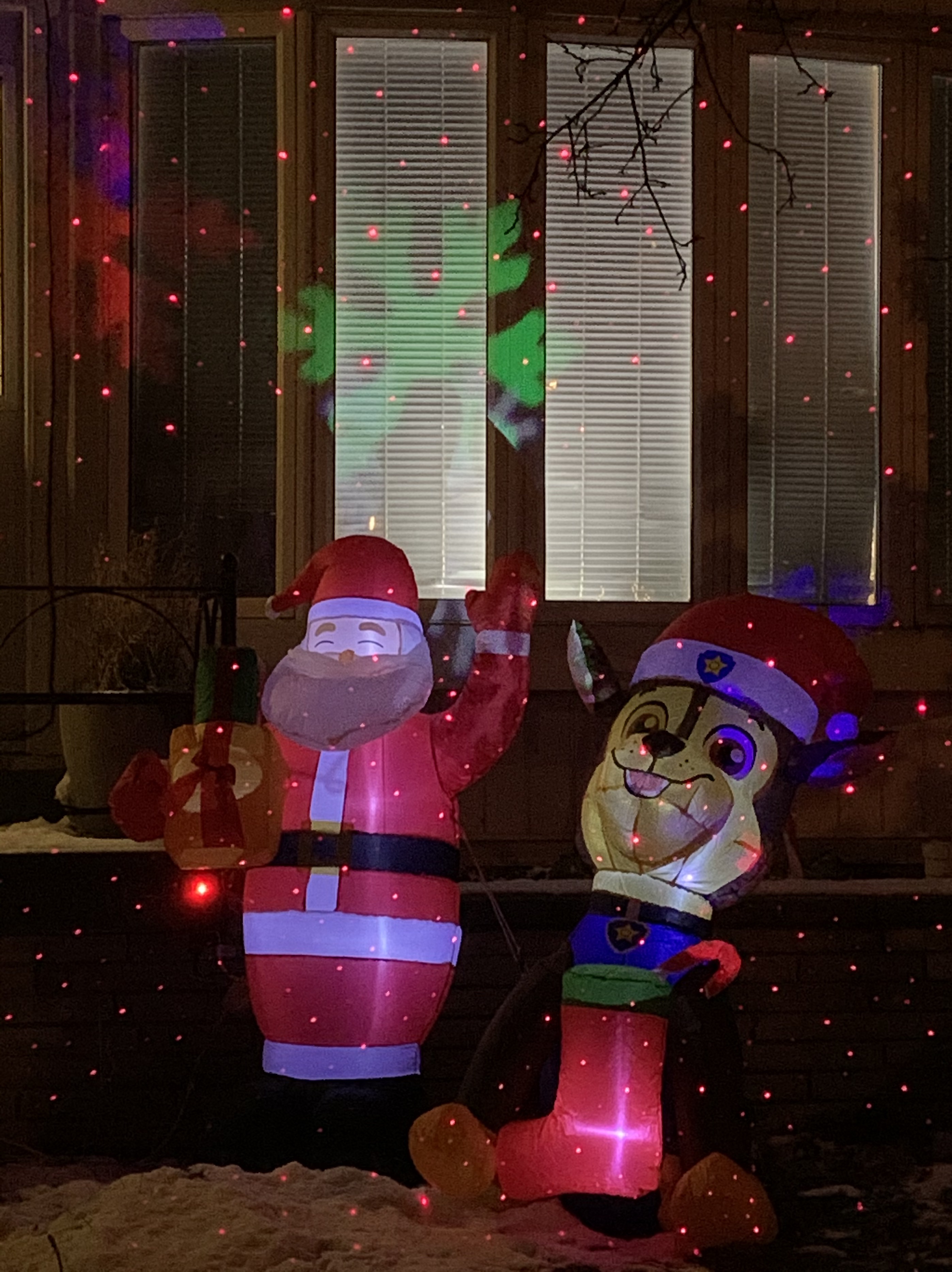 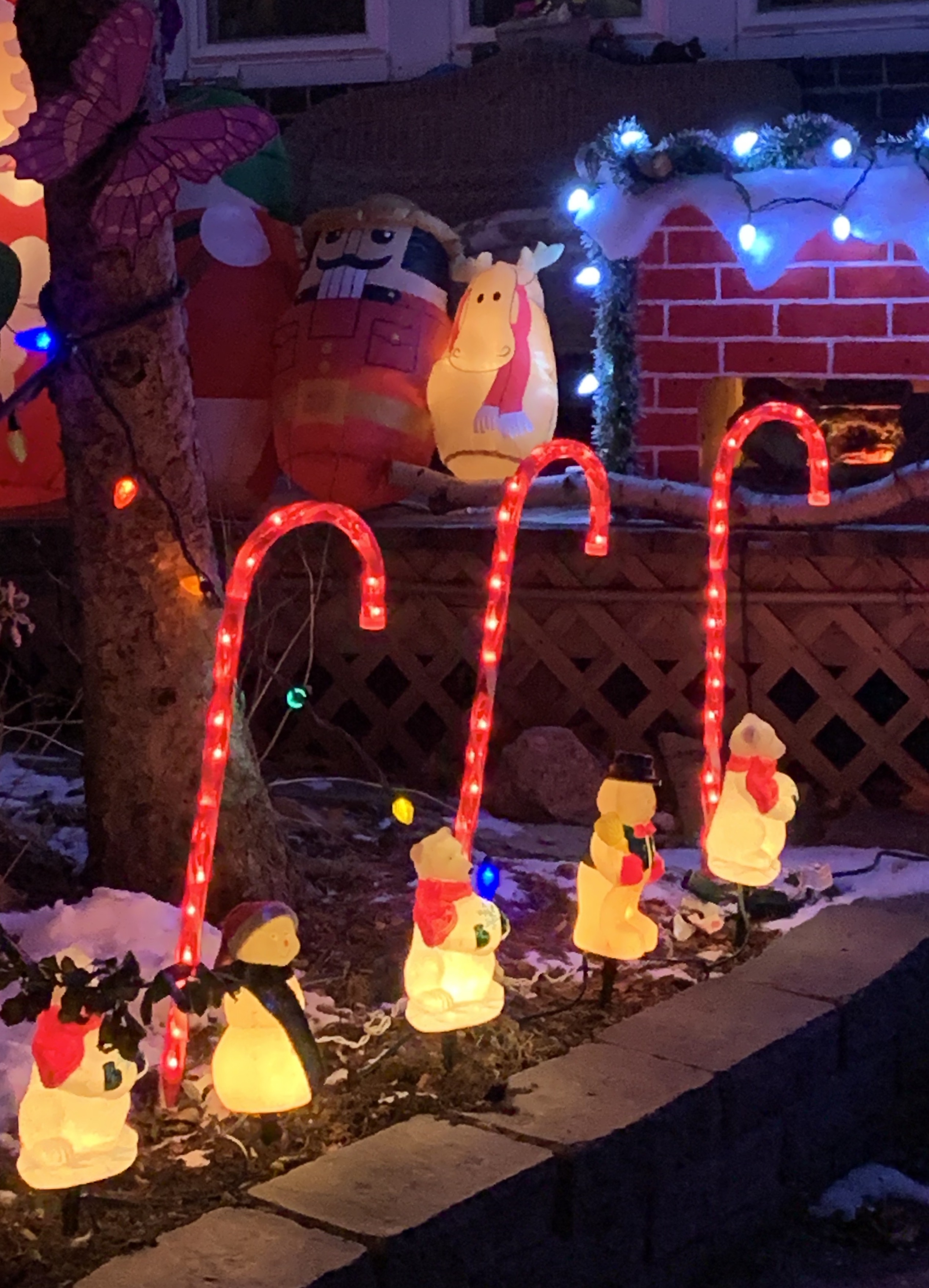 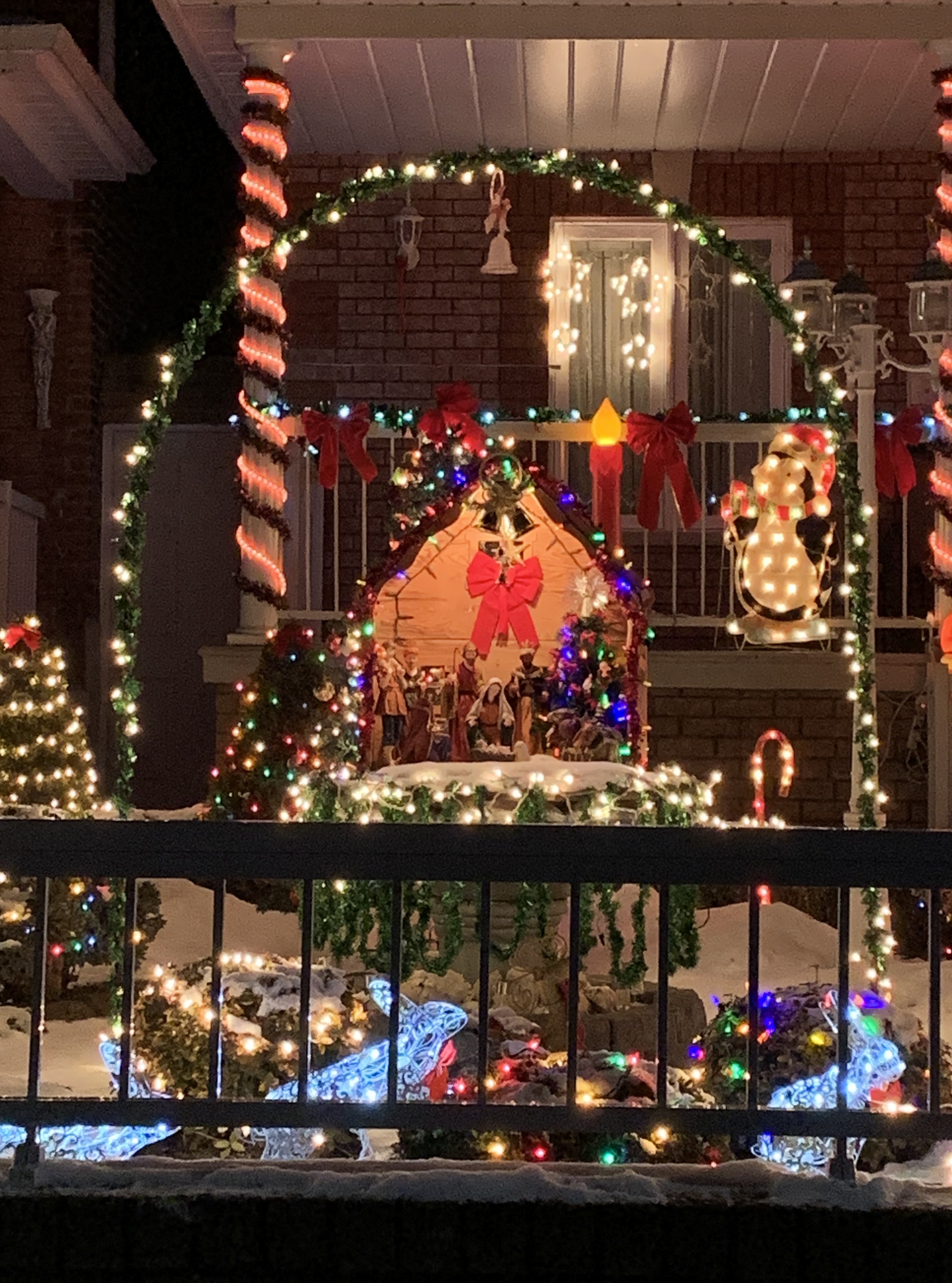 ….but I haven’t yet removed my snow tires ….temperatures warmed up enough to get a shovel in the ground

Sunday, December 1st…the first advent of the Christmas season and I’m in the garden planting tulip bulbs. About three weeks ago a parent at school kindly gifted me 40 tulip bulbs and advised me to plant them that weekend. I told her I had problems with squirrels digging up all my bulbs in the past so she also brought me a small bag of hen poop. Apparently they don’t like the smell. We’ll see.

Unfortunately I didn’t get the bulbs in the ground when the weather was warmer and the soil was still soft. Life just got in the way. Last weekend when I had some time I pulled out the trowel and almost broke it when I tried to turn the soil. It was so cold that the ground was frozen solid. Winter had arrived early.

This past weekend we were having the kids over for our annual pre-Christmas goulash and mulled wine party. I wanted to start decorating the house to get in the festive mood so I pulled out the outdoor lights. After testing each string and hauling the ladder out from the garage I started to drape the yew in front of the house. I noticed that the ground was pretty muddy so I decided to take advantage of the conditions and get my bulbs into the ground.

So there I stood in the drizzling rain, bent over and digging holes in the garden. My neighbours must have thought that I was crazy.

Once all the bulbs were in the ground I continued to decorate the tree with the outdoor lights. It was still raining as I was literally tossing the strings over the branches. I made several trips into the house and I noticed that I was tracking in a lot of mud.

With only a couple of hours left before the kids arrived I got out the pail and mop and washed the floors, cleaned the mud from my shoes and set the table for our meal. I then drove up to the liquor store to buy the wine for our mulled wine or gluewine as we call it. My husband was in charge of making the goulash.

When the kids arrived we enjoyed some appetizers and cups of mulled wine while the spaetzle cooked. I underestimated the amount of  German noodles that I needed to cook but there was more than enough of the goulash to go around. Everything was delicious. After dinner our son-in-law brought out the board game we bought him for his birthday and we all learned how to play Small World: Underworld from Days of Wonder. When the rules were being explained to us I really didn’t think I’d get the hang of it but once we started to play I was on a roll. In the end I tied for second place. My son-in-law, the game board master, was impressed with my standing.

Less than three weeks of school left before we’re off for the holidays. The Hundertwasser projects are coming along nicely and hopefully I’ll be able to post some of the finished projects in the next day or so. I’d better get off to bed. I have to get up early for more basketball practises. We play in the semi-finals next week. Till later.