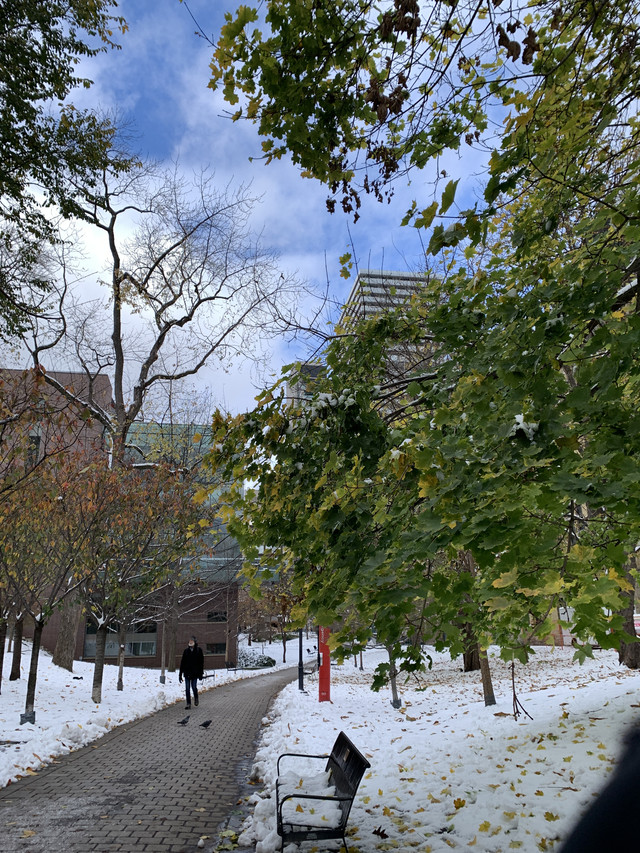 ….Thanks to Becky B for hosting Walking Squares https://beckybofwinchester.com/2022/11/17/walking-squares-17/

My husband came home from the hospital yesterday. I wasn’t planning on going to the concert that I had tickets for but he didn’t want me to miss it. When I woke up this morning I was still in the mindset of not going but then a good friend, who is one of the organizers called me to see if I could help them out. They had a bit of an emergency and I couldn’t say no.

I normally love this walk after I get off the subway but I have to admit that I do prefer it when the weather is warmer nut it’s still picturesque nonetheless.

The emergency was resolved by the time I got there so I was able to enjoy a wonderful concert.

…as always a shoutout to Becca Givens for hosting Sunday Trees 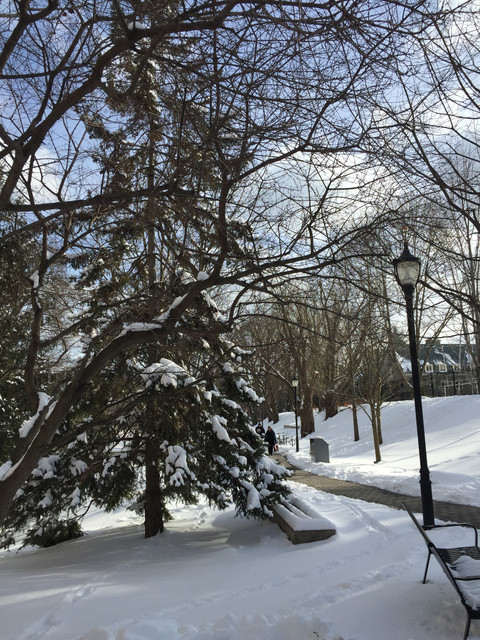 A snowy pine next to Philosopher’s Walk at U of T. …..this week’s theme for WordPress’ weekly photo challenge is Path

“A path is a prior interpretation of the best way to traverse a landscape.”
― Rebecca Solnit, Wanderlust: A History of Walking

This afternoon I took the subway downtown to attend a Music in the Afternoon concert at the Edward Johnson Building. I was hoping to hear the pre-show lecture but I arrived too late and sat in the lobby and ate my lunch.

The concert was very enjoyable. The Daedalus Quartet performed Jean Sibelius’ String Quartet in D Minor, Voces Intimae, Op 56. and then they were joined by Romie de Guise-Langlois on Clarinet. Together they performed James MacMillan’s Tuireadh for clarinet and string quartet. The piece was long and haunting and I quite enjoyed it but many of the older members of the audience were clearly not enjoying it.. After the intermission, the group played Johannes Brahms’ Clarinet Quintet in B Minor. For many this final number brought the audience back in their favour.

On my way to the concert I pulled out my sketchbook and started to draw the woman who was sitting in front of me. It was the first time that I have attempted to sketch people on location. I usually use photographs or use my imagination but I’m determined to stretch my skills and try new things. At the concert hall, I arrived early so I also attempted to sketch the podium on the stage. It’s not a bad start but I have a ways to go and lots to learn.

After the concert I walked along the Philosopher’s Walk and took photos of the snow and surrounding buildings. We finally got a really good snowfall but by next week the temperatures are suppose to rise to double digits and it will all melt and we’ll be left with slush and puddles.

When I got off the subway I had a fair distance to walk to get to my car. I drove over to the Junction and parked the car again and did a little shopping in the area. All in all it was a good walking day and I recorded 11 000 steps by the end of the day. A good day all round!