….Thanks to Becky B for hosting Walking Squares https://beckybofwinchester.com/2022/11/17/walking-squares-17/

My husband came home from the hospital yesterday. I wasn’t planning on going to the concert that I had tickets for but he didn’t want me to miss it. When I woke up this morning I was still in the mindset of not going but then a good friend, who is one of the organizers called me to see if I could help them out. They had a bit of an emergency and I couldn’t say no.

I normally love this walk after I get off the subway but I have to admit that I do prefer it when the weather is warmer nut it’s still picturesque nonetheless.

The emergency was resolved by the time I got there so I was able to enjoy a wonderful concert.

…the moon was glorious tonight 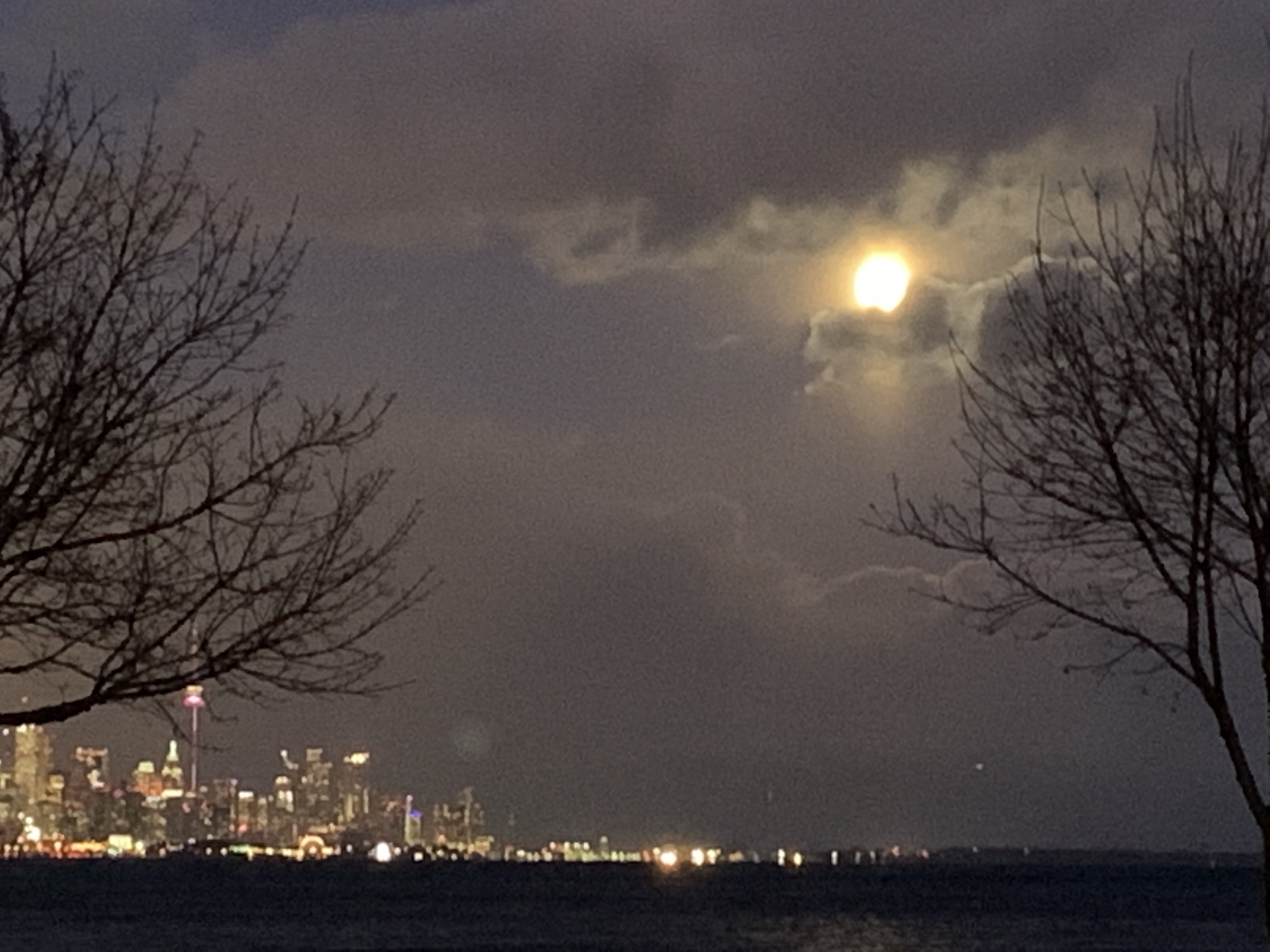 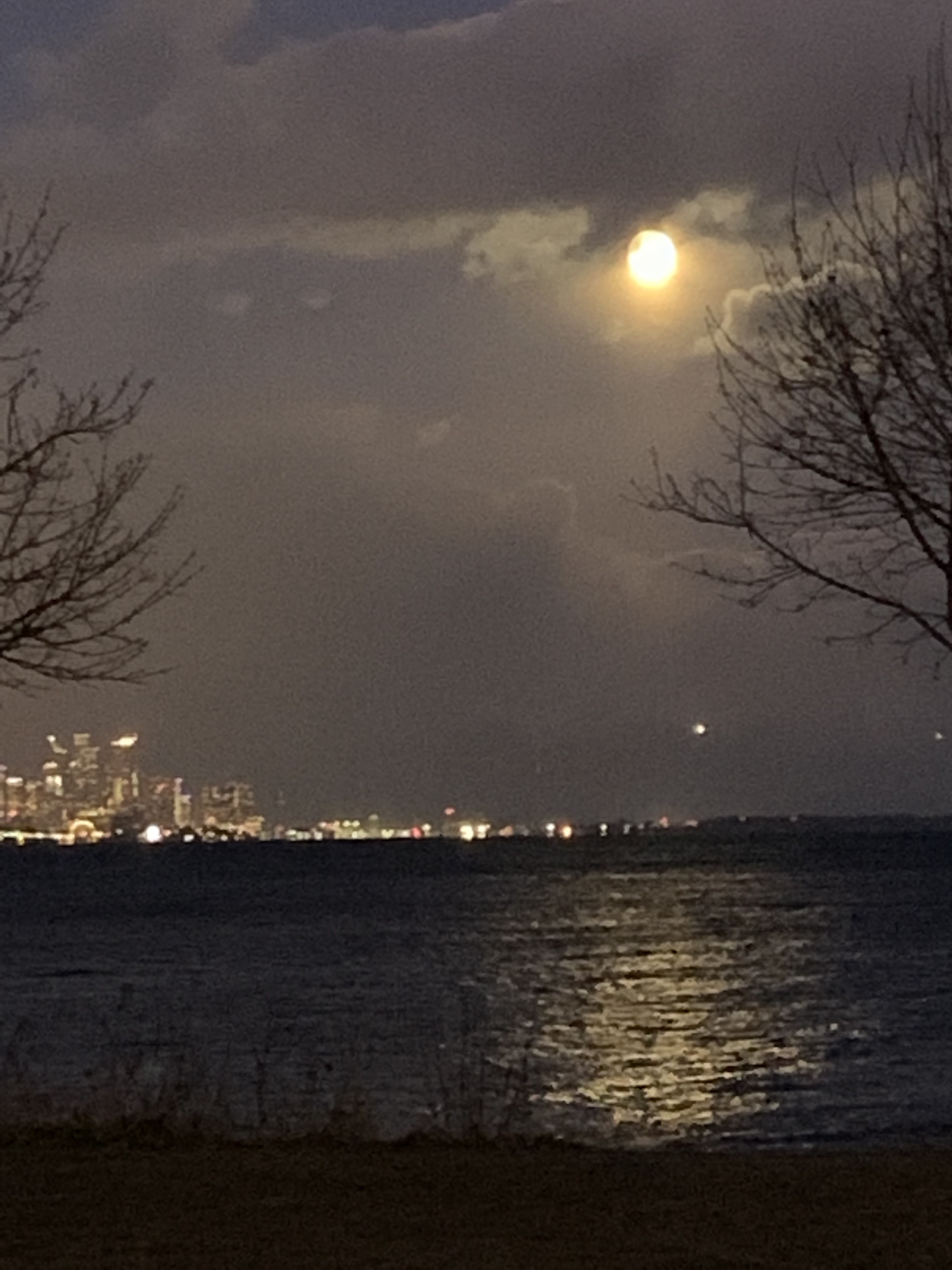 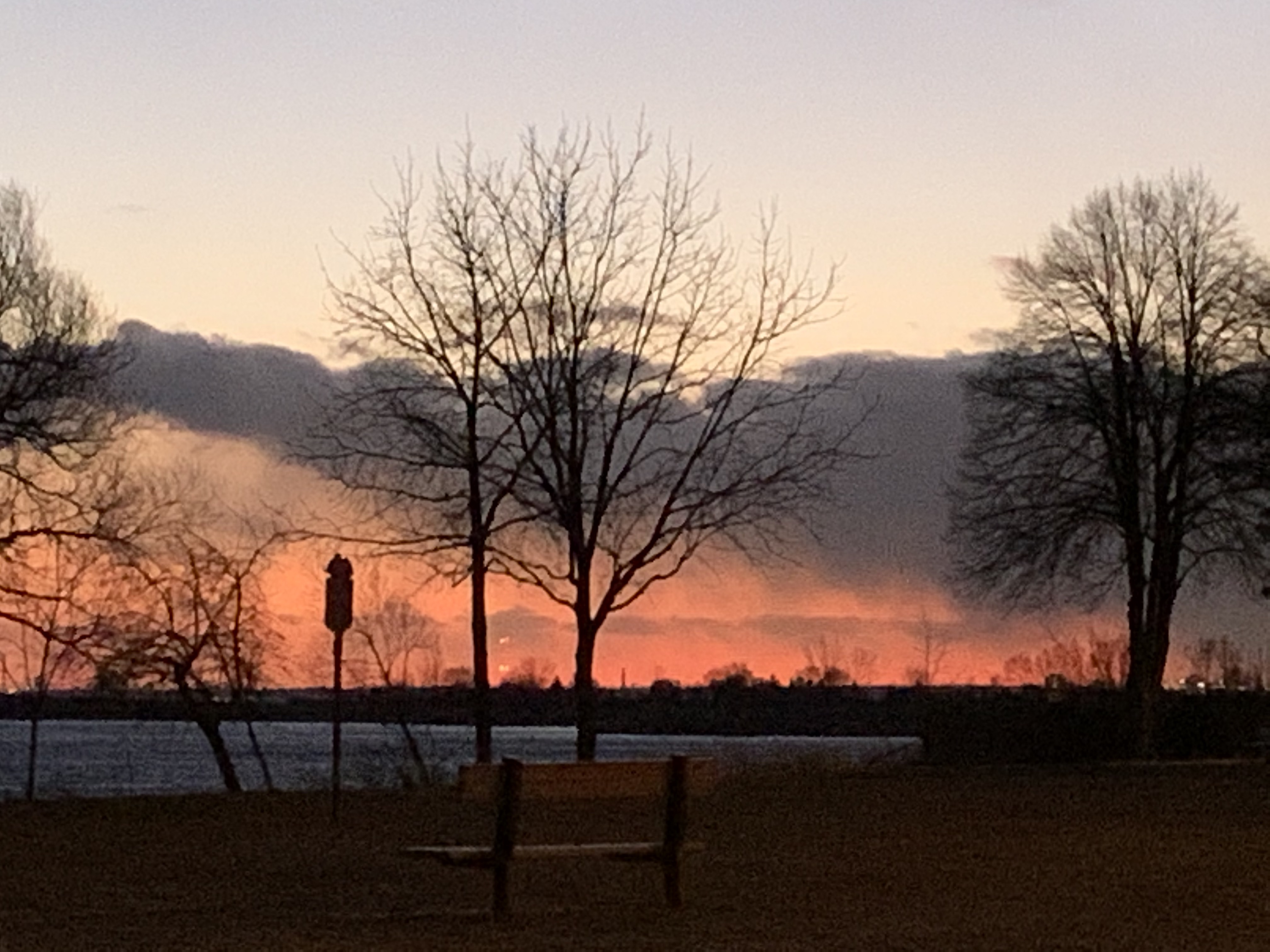 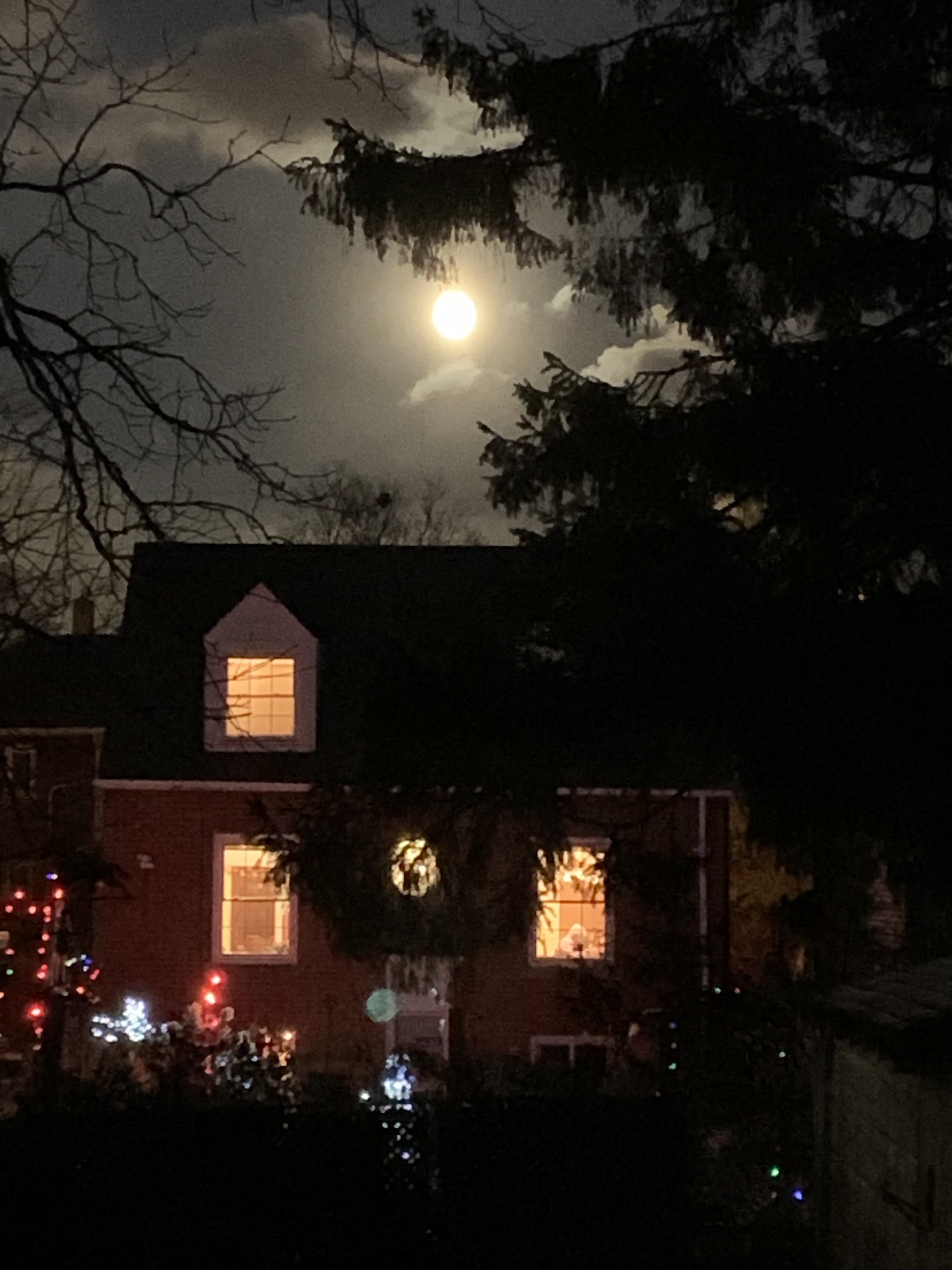 …thanks to Tina for this week’s Lens Artists Photo Challenge

‘Cold’ photos of things to come. These photos are from past winters. 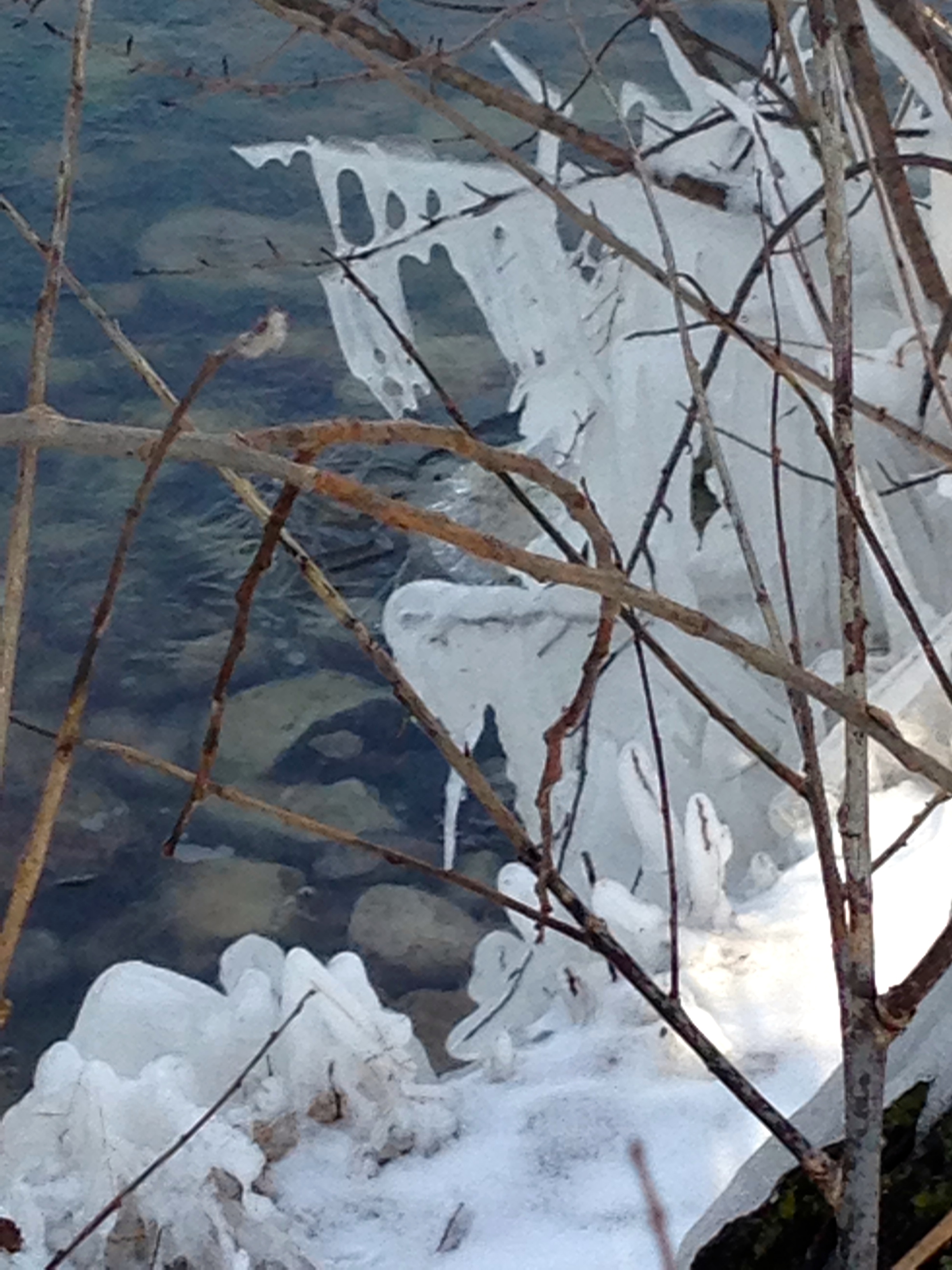 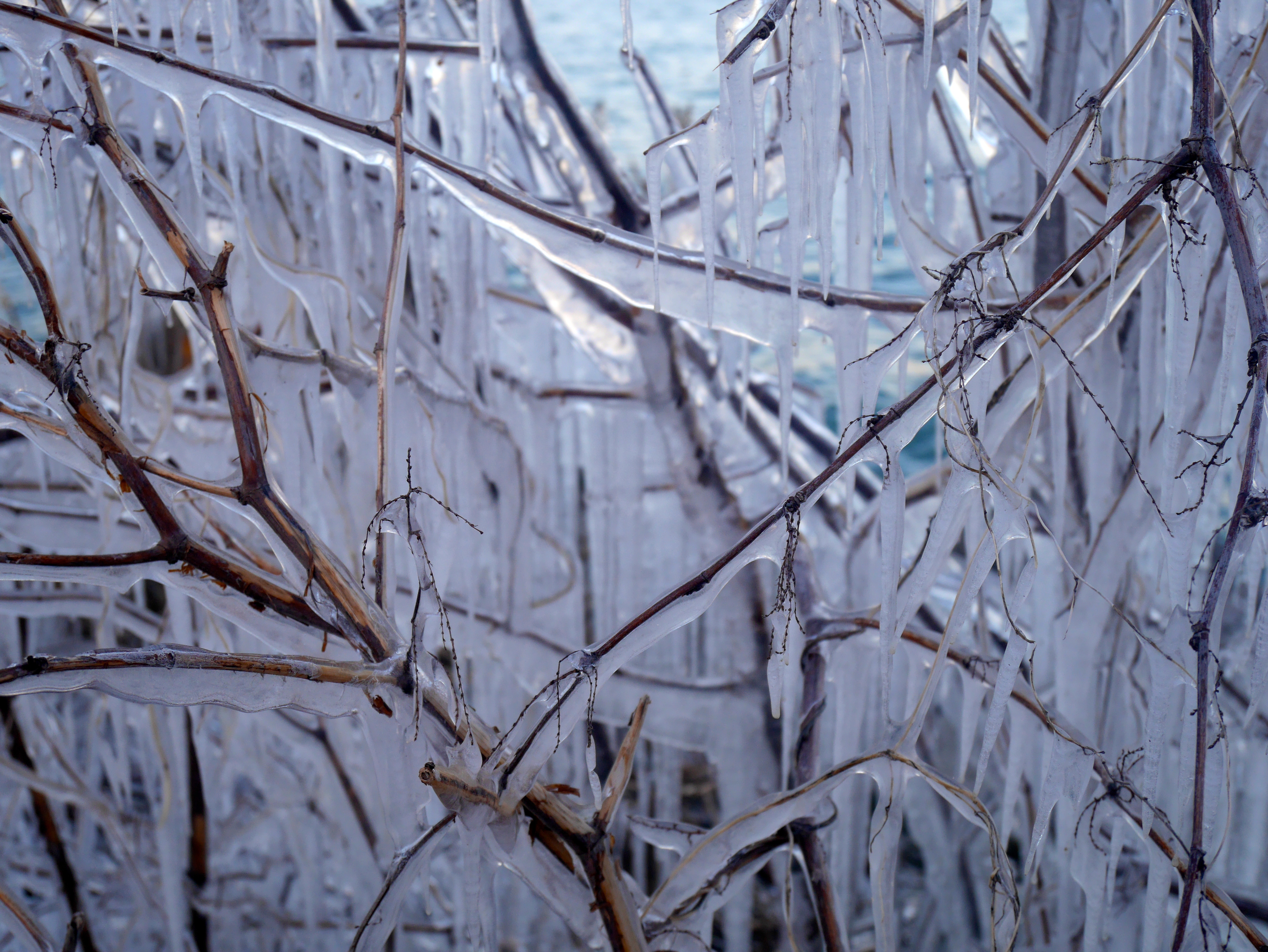 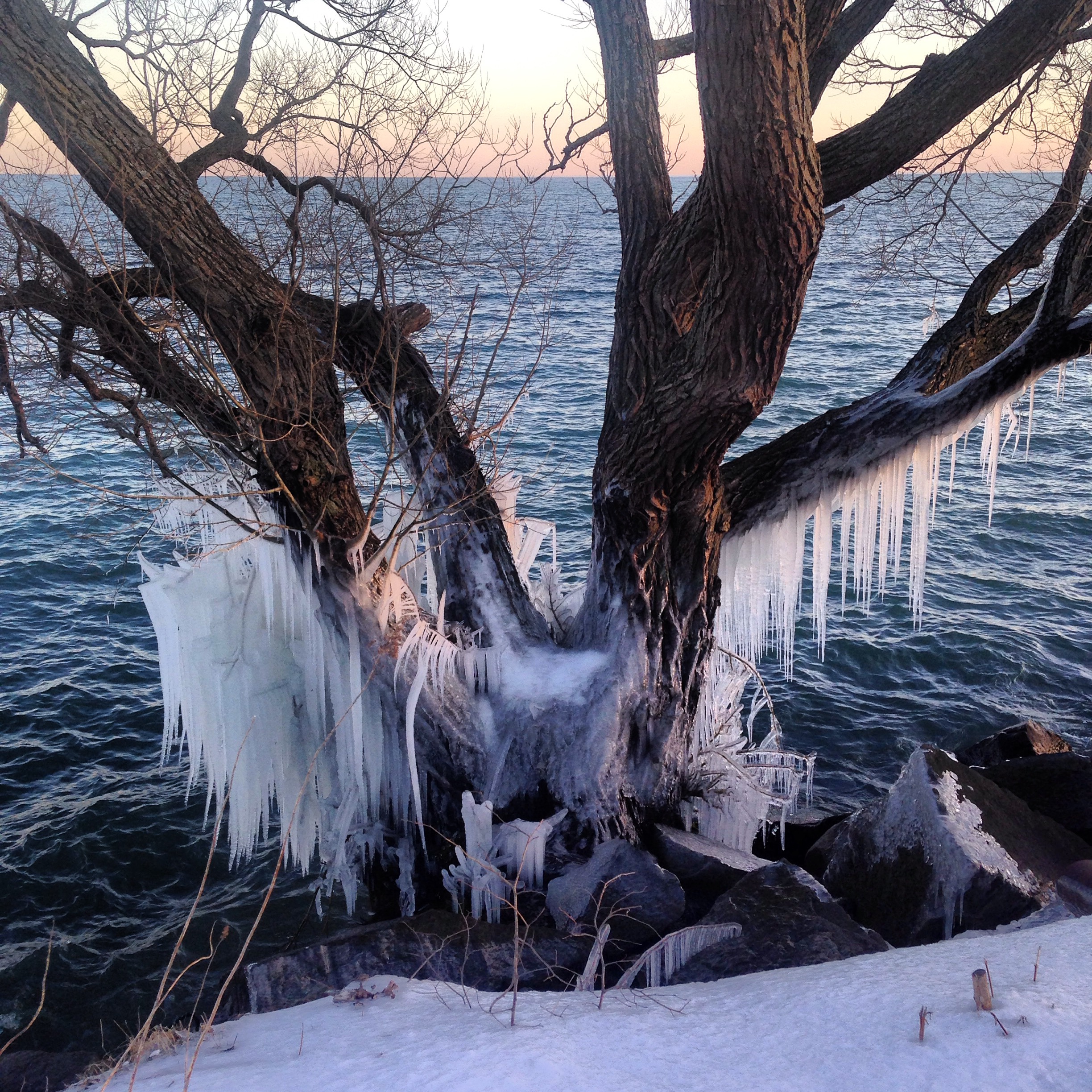 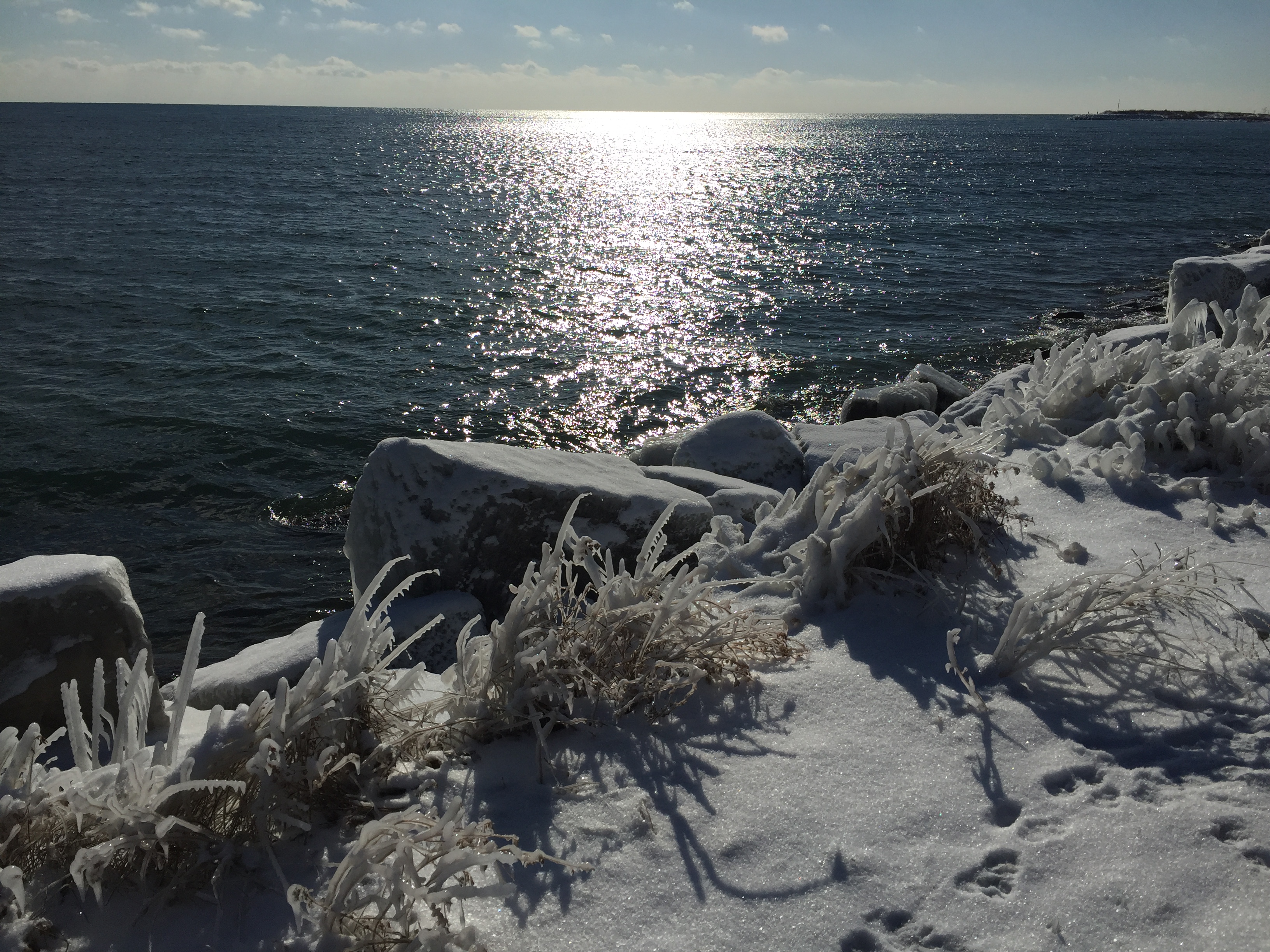 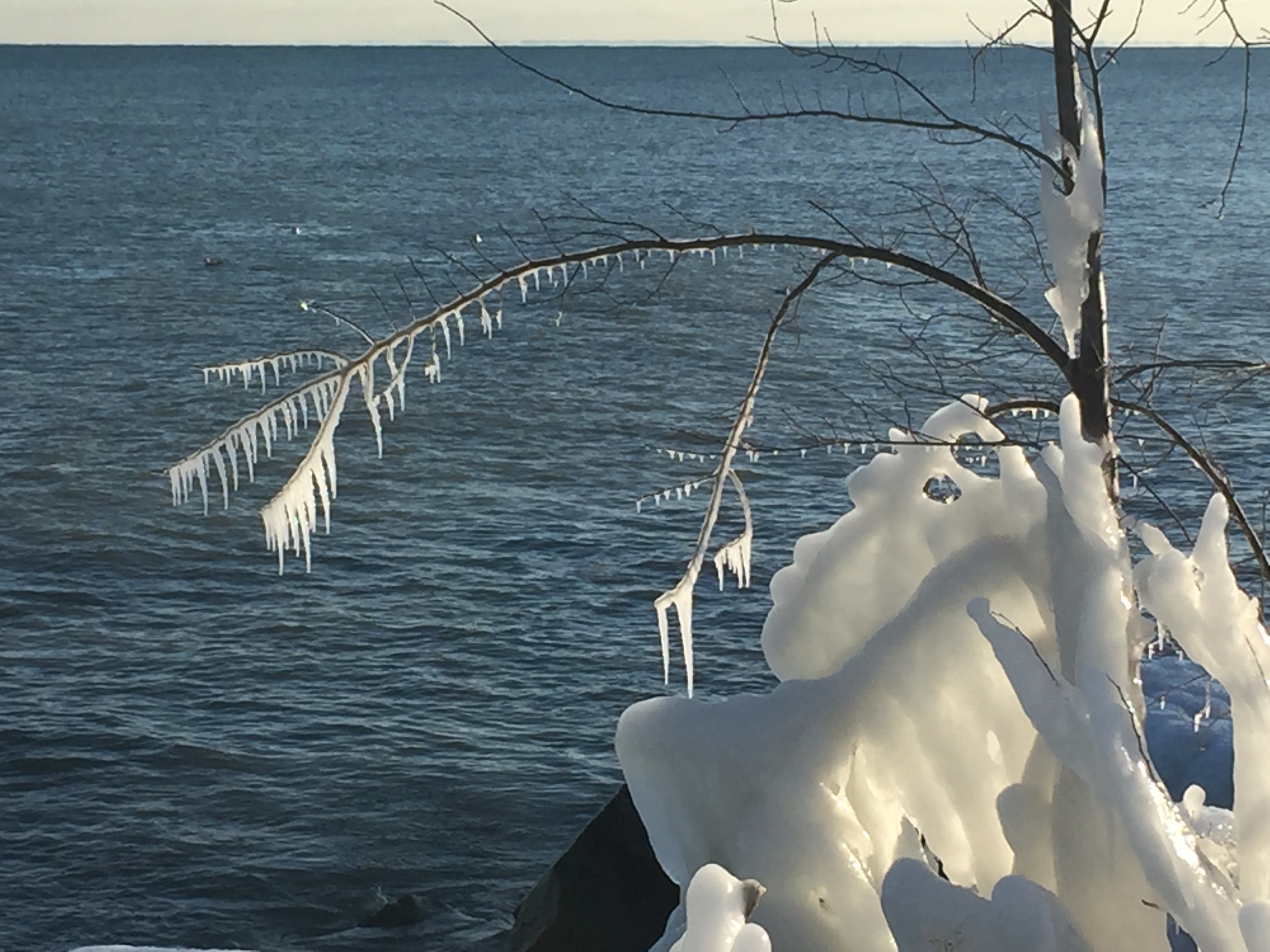 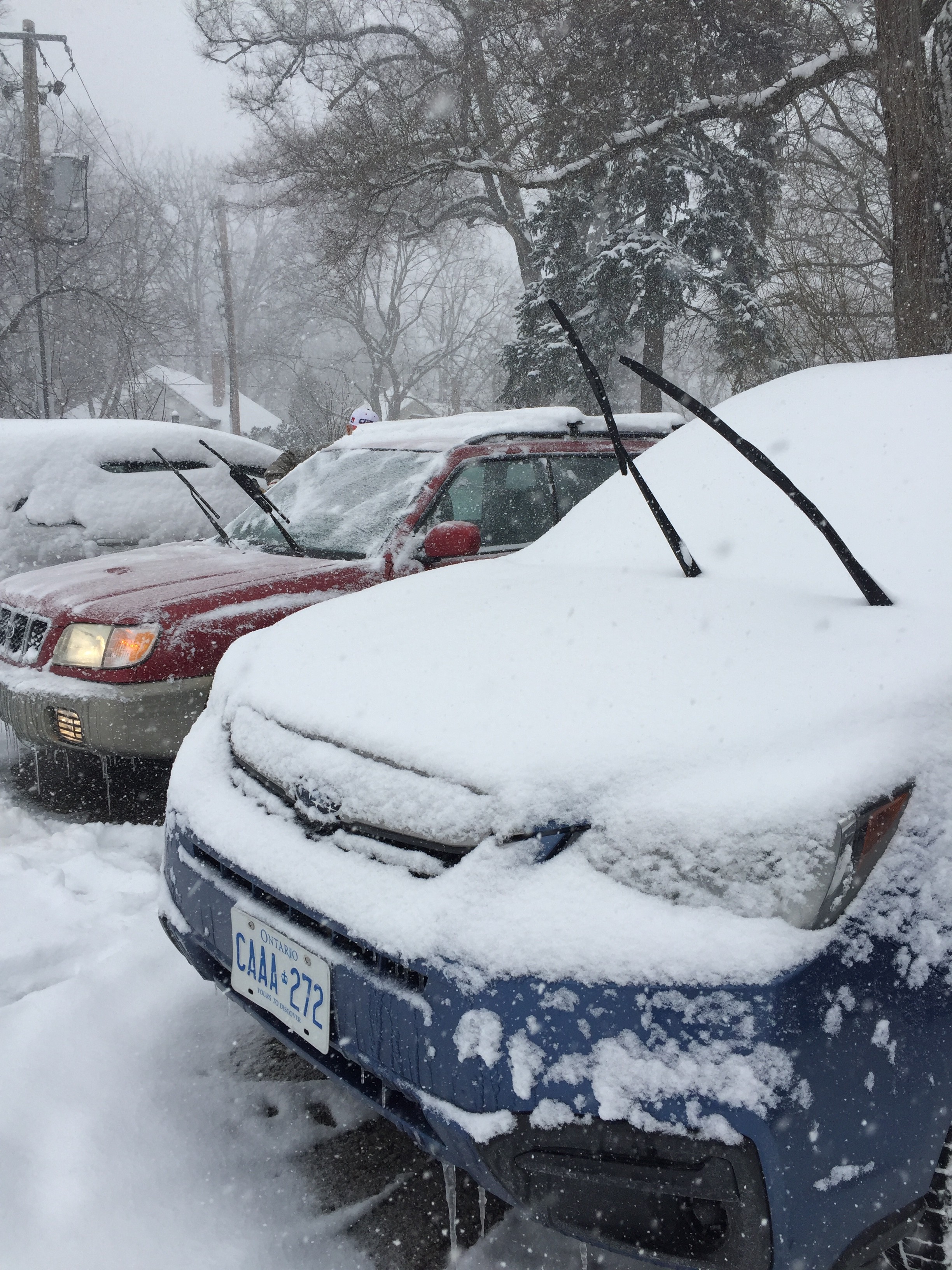 This time last week our plumber came to check out our sewer drain because we had a bit of backup coming through the basement drain. After scoping the pipe and cleaning up the build up in the pipe he informed us that the break this time was on the city side and we had to give them a call. In the meantime we were probably okay to use the water sparingly.

On Monday we finally got through to the city and within a couple of hours workers appeared at our door. Again they scoped the pipe from inside our home and then decided they needed to do it from the outside. In the meantime, however, the storm of the season was upon us and despite efforts made on our behalf no one would be able to come until the snow was cleared the next day. A potential problem with the gas lines meant that the gas company had to make a trip and check first to see how close the sewer pipe was to the gas line.

On Tuesday the gas company arrived to determine where they had to drill and the next day, on Wednesday they came back with their massive trucks and started drilling into my neighbours driveway to see where the pipe was situated. The good news was that the gas lines were a good two feet away. Now the city could come and dig up the broken pipe and replace it with a new one.

On Thursday a city truck arrived and again the drain was scoped and the extent of the damage was determined. We were classified a number one priority and a crew would arrive within 12 to 24 hours. That meant that they could come in the middle of the night. Later that day they checked in on us to see if we could hold off until Friday morning. We had gone this long without a shower or doing laundry so we figured a few more hours wouldn’t make much difference.

Yesterday, the street was blocked off and the work began in earnest. It was fascinating to watch. We just kept reminding ourselves that they knew what they were doing and we need not worry but the pounding and drilling throughout the day was quite disconcerting. 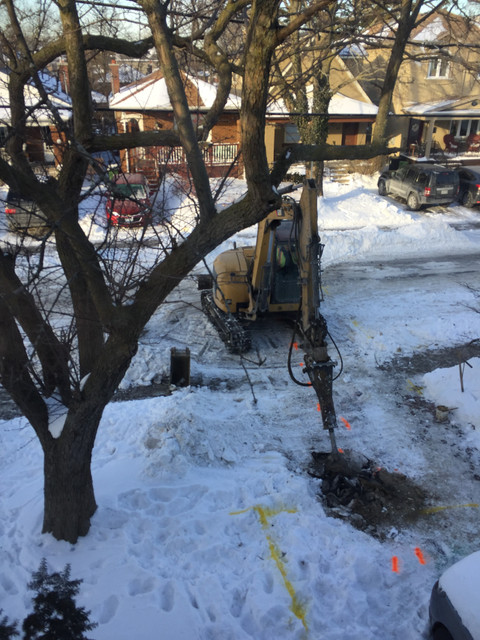 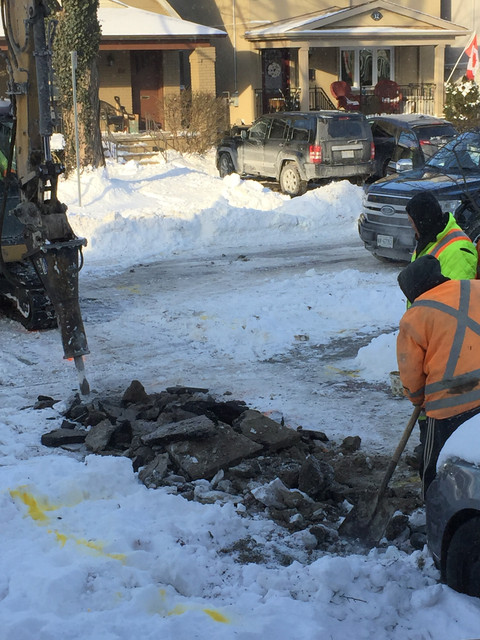 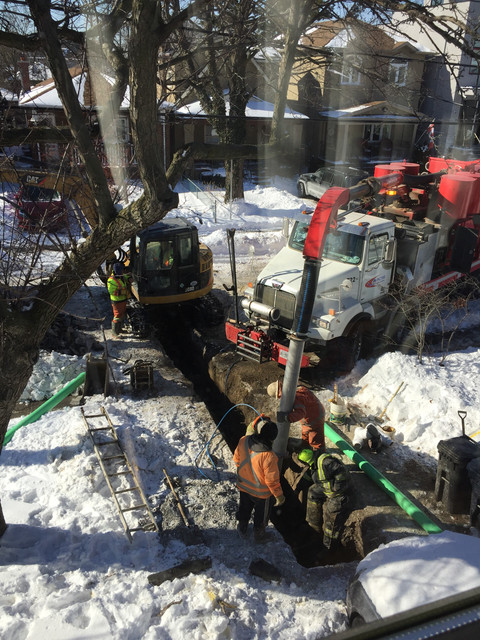 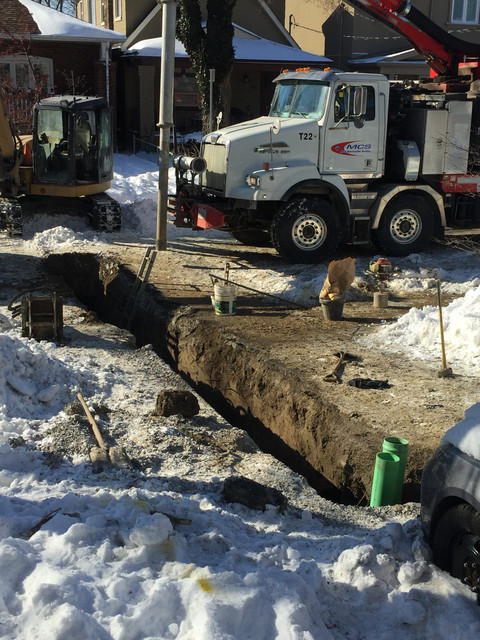 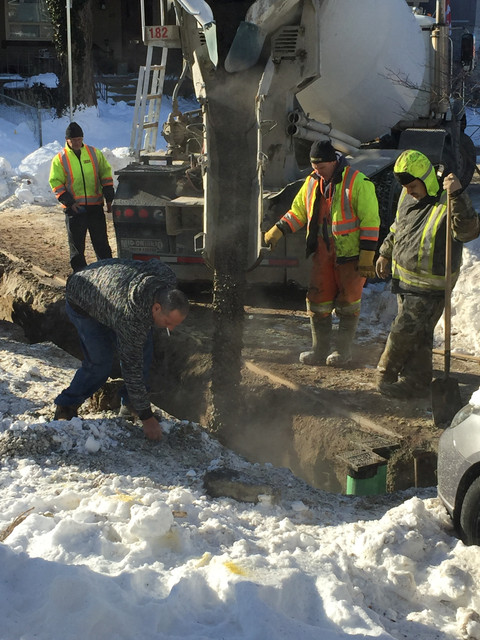 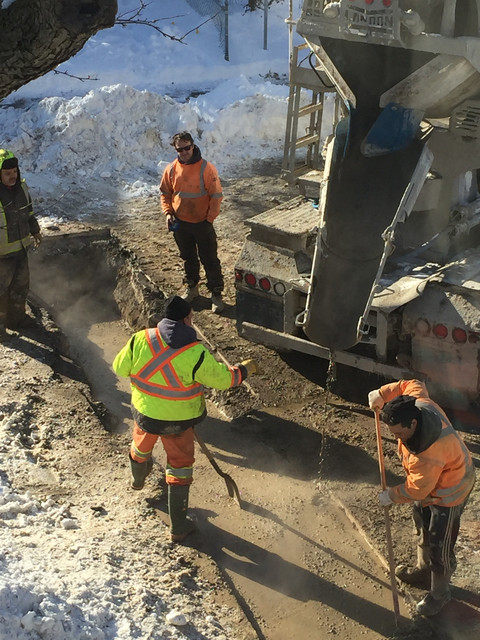 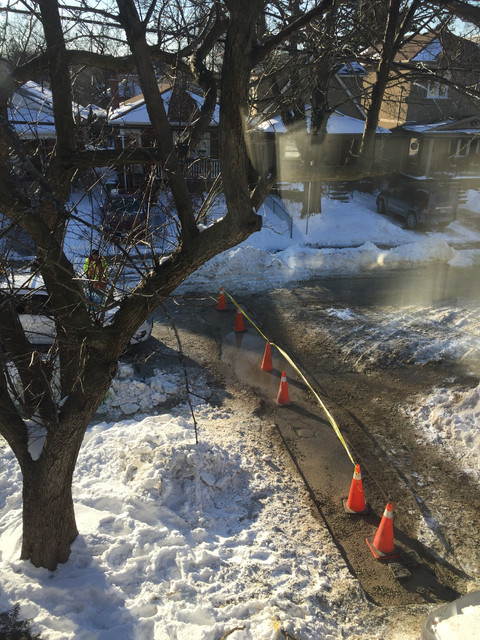 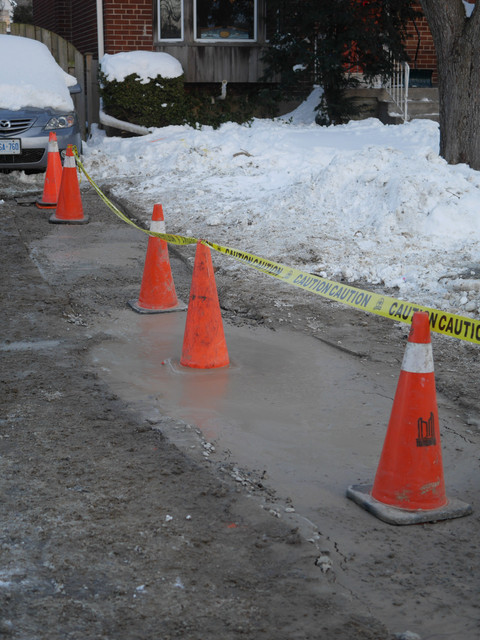 When the weather improves the city will be back to repair my neighbour’s driveway, the sidewalk and the street in front of the house. For now I can get to a week’s worth of laundry.  I just had a long hot shower and washed my hair. Heaven! 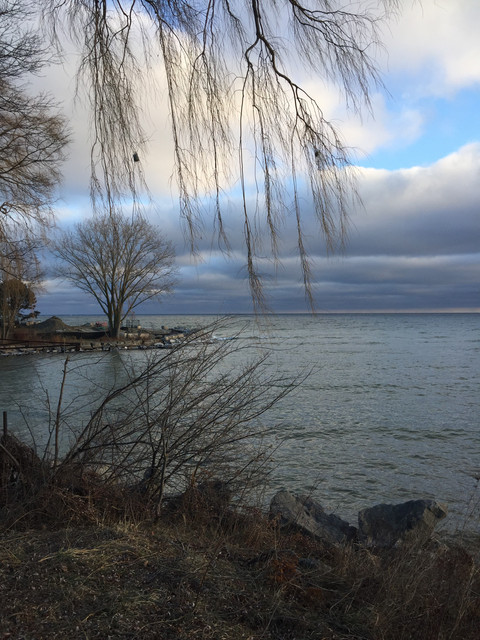