When I was leaving Moncton, yesterday I knew that Southern Ontario was experiencing very dense fog. As I boarded the plane I wondered if the pilots had more up to date information on the state of the weather over the island airport that we had to land on.

When I left Moncton, it was sunny and very mild. Once in the air we were above the few clouds that hovered over the east coast but one had a nice view of the land, rivers and lakes below. As we neared Toronto we were all of a sudden above a completely white blanket of clouds. Fifteen minutes before we were to land the pilot came over the speaker and informed us that the airport in Toronto was too fogged in to safely land so they were going to circle above the lake for 40 minutes to see if the fog would lift.

After about 30 minutes the decision was made to fly into Hamilton instead because it looked like the fog would not lift until well into the next day. As we approached Hamilton I was relieved to see land below again. We landed safely but now we needed to get back to Toronto. Some people were suppose to get connecting flights to elsewhere and others had conferences they were scheduled to attend.

Normally our luggage is on the tarmac when you fly with Porter and you grab it as you leave the plane. In Hamilton, however, they had a different system and because so many flights had been rerouted there over the course of the day and because they were understaffed we had to wait about 30 minutes to get our bags. Then about 70 of us headed outside to catch a shuttle bus.

The bus didn’t arrive for at least 30 minutes and then it was only a small bus. The next bus was on its way so I allowed others who had connections to make to board in front of me. The unfortunate part was that the bus was nowhere near us and we ended up waiting another hour. When it did finally arrive there were only four of us left waiting. Twenty or more people had ordered taxis and Ubers to get them to where they needed to go. The funny part was that the second bus was a full size coach. By this time the fog had rolled into Hamilton.

The trip to Toronto was very comfortable and the driver, although a tad heavy on the accelerator, got us safely and very quickly back to Billy Bishop Airport. Of course the place was deserted because the fog was so heavy and no flights were coming or going. I ordered an Uber and luckily I was picked up two minutes later.

This morning when I woke up the fog was still over the lake and the city. The photos that I took from the park at the bottom of my street normally show a clear view of the city and the lake. As you can see there is not much to see beyond the trees.

….thanks to Jez for hosting Water, Water Everywhere https://jezbraithwaite.blog/2022/08/15/forth-estuary-water-water-everywhere-139/

On Monday, Andrea and I drove to Hamilton to drop off some equipment in a lovely residence in the southern part of Hamilton. It was suggested that we should check out Albion Falls. I was pretty sure I had been there before but it would have been in the winter. When we got there I recognized it immediately but this time we weren’t slipping on ice.

….thanks to Jez for hosting Water, Water Everywhere https://jezbraithwaite.blog/2021/02/22/snowy-branches-water-water-everywhere-65/

Yesterday Kevin and I drove to Hamilton, ON, to hike around an area known for its waterfalls. Unfortunately it was very icy so the hiking part was cut short but not before we were able to see two of the area’s famous waterfalls. The first one is Webster’s Falls. It is probably the more spectacular of the two because it is bigger and more water falls over the edge of the cliffs. Tews Falls has less water but the view along the gorge is spectacular.

According to the City of Waterfalls site Webster’s Falls is a curtain waterfall with a 22 metre plunge and is found in the Spencer Gorge/Webster’s Falls Conservation Area in Hamilton, Ontario, Canada. The water flows down Spencer Creek and the falls is the largest in the area.

Tews Falls is a 41 metre ribbon waterfall, and is the tallest waterfall found in Hamilton. Located at the Spencer Gorge / Webster’s Falls Conservation Area, its source is Logie’s Creek. 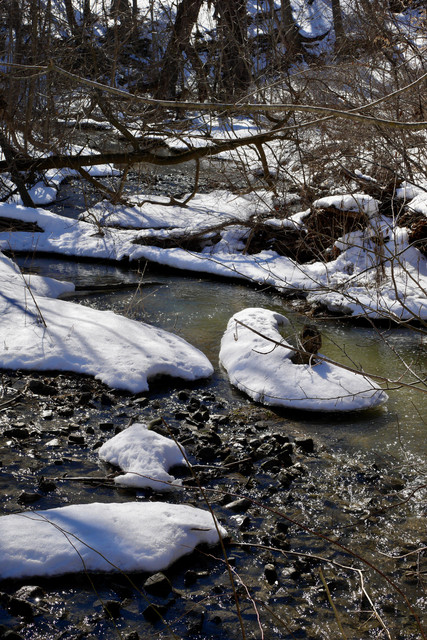 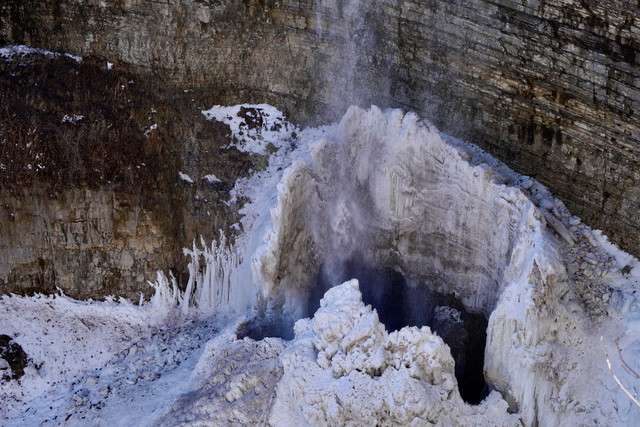 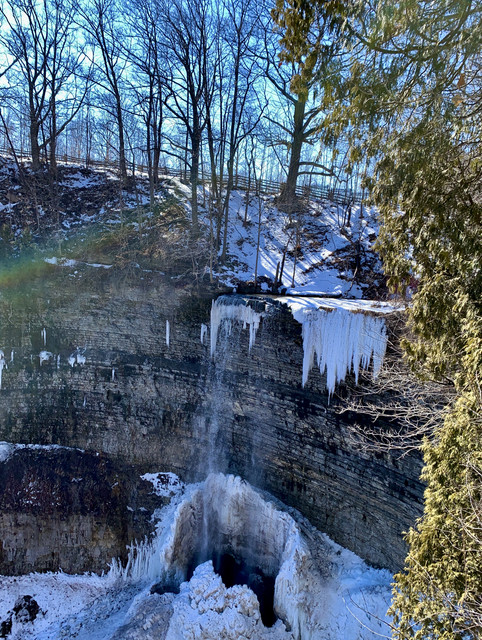 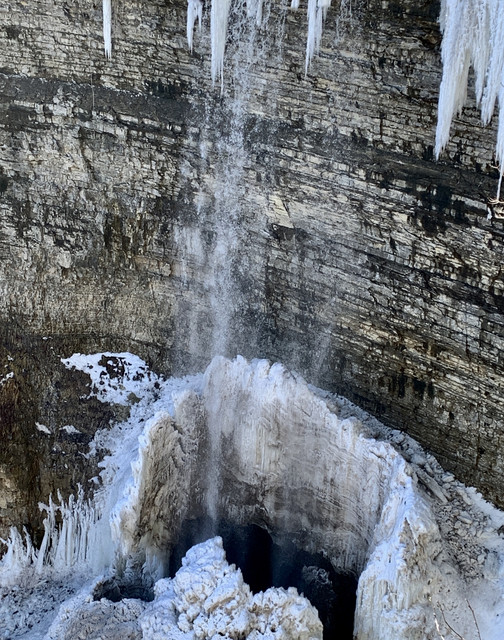 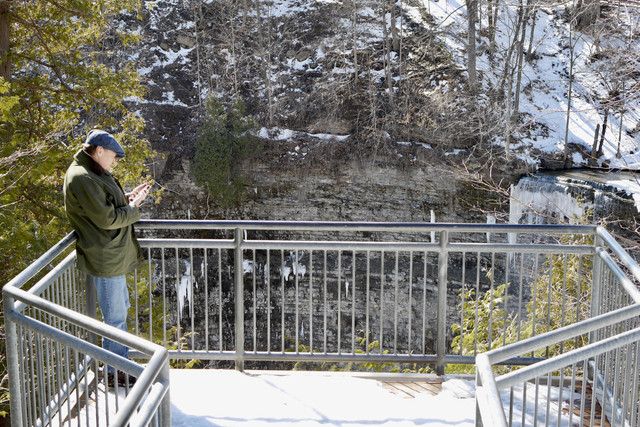 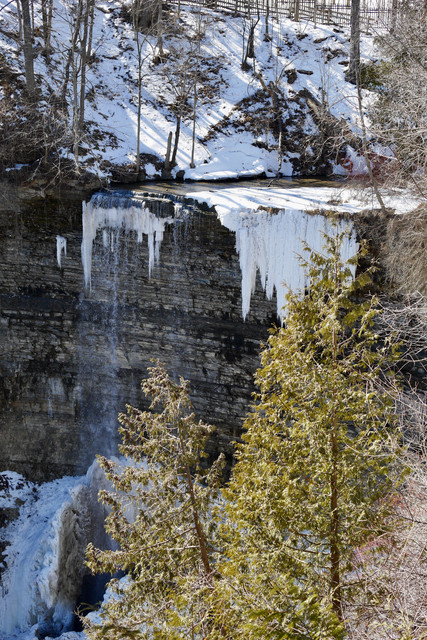 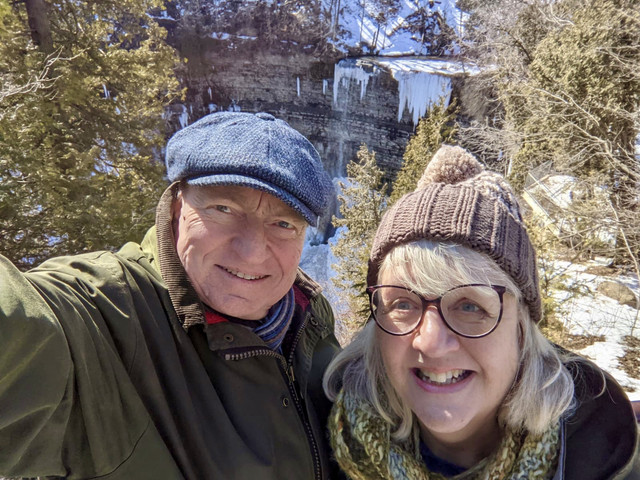 …Thanks to Jez for hosting Water, Water Everywhere – https://jezbraithwaite.blog/2020/11/09/loch-lomond-water-water-everywhere-50/

On our little get-a-way last week we stopped at Albion Falls in Hamilton. I love waterfalls and Hamilton has over 100 of them tucked behind the trails of the Niagara Escarpment that cuts through the city. Albion Falls is one of the more popular ones. It is almost as wide (18 metres) as it is tall (19 metres) and is visible from two viewing platforms, but there is currently no access to the bottom. 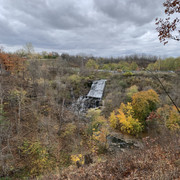 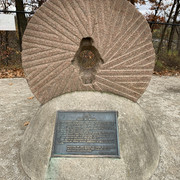 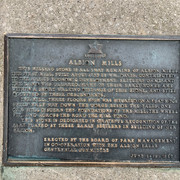 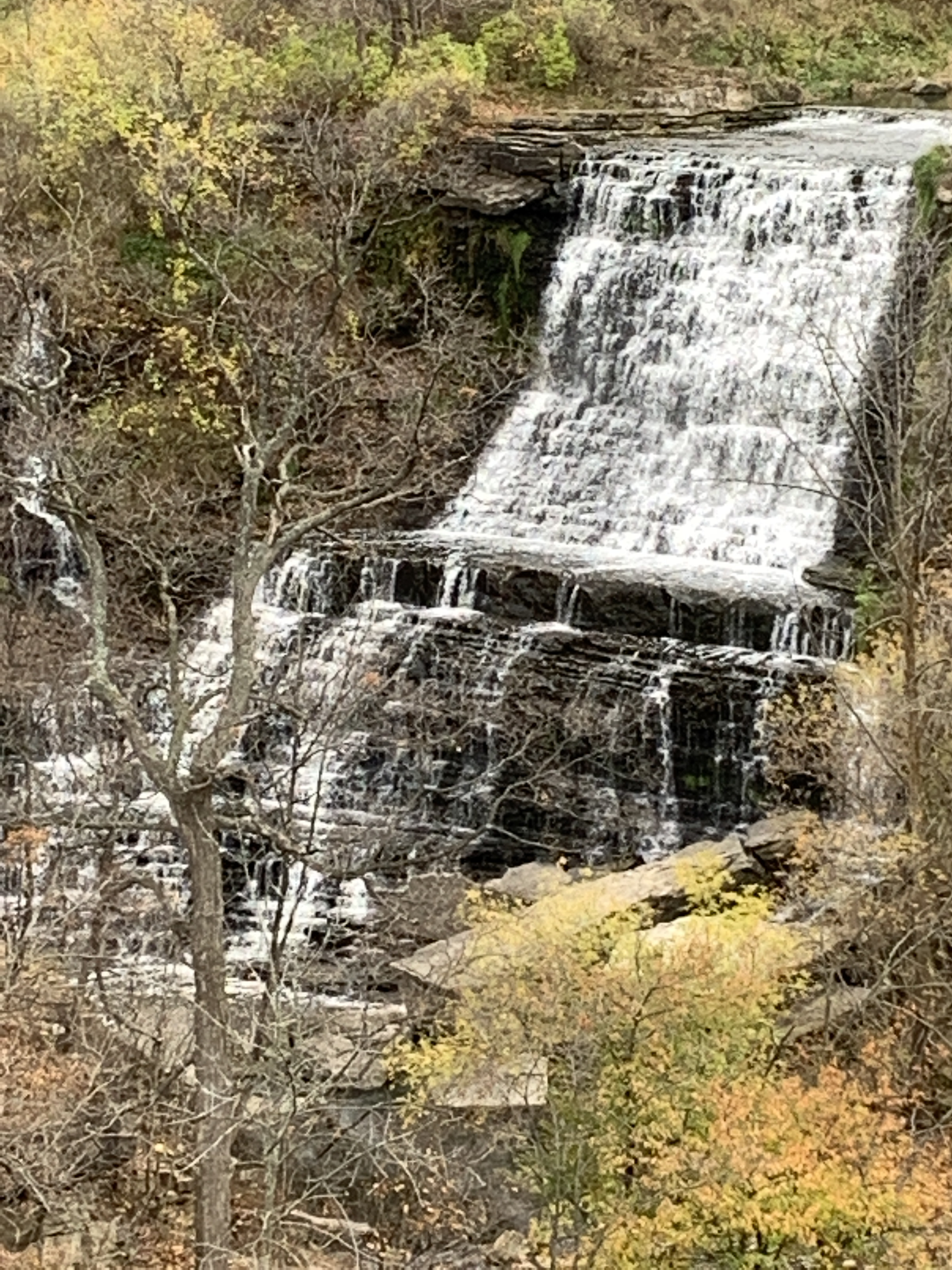 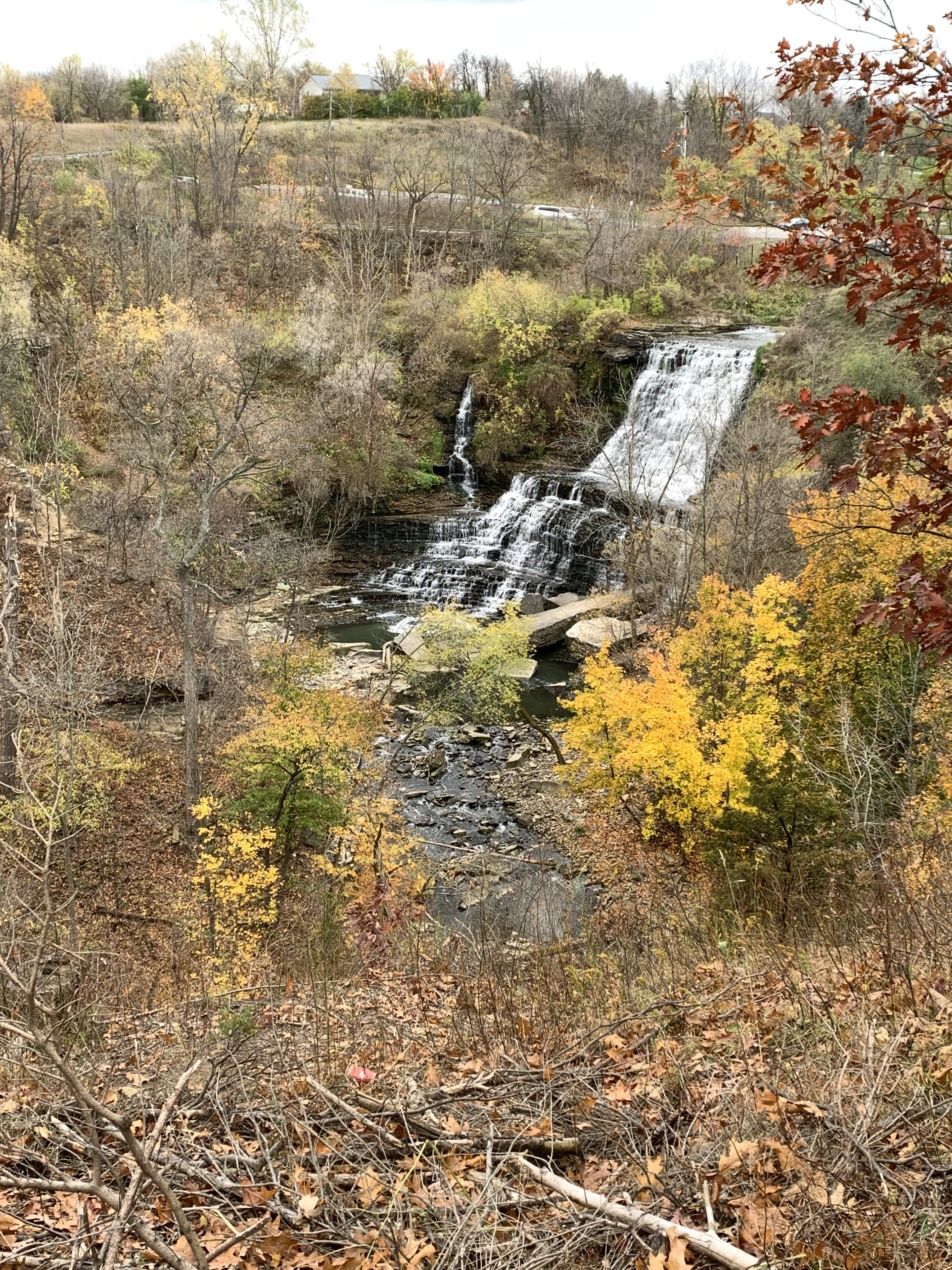 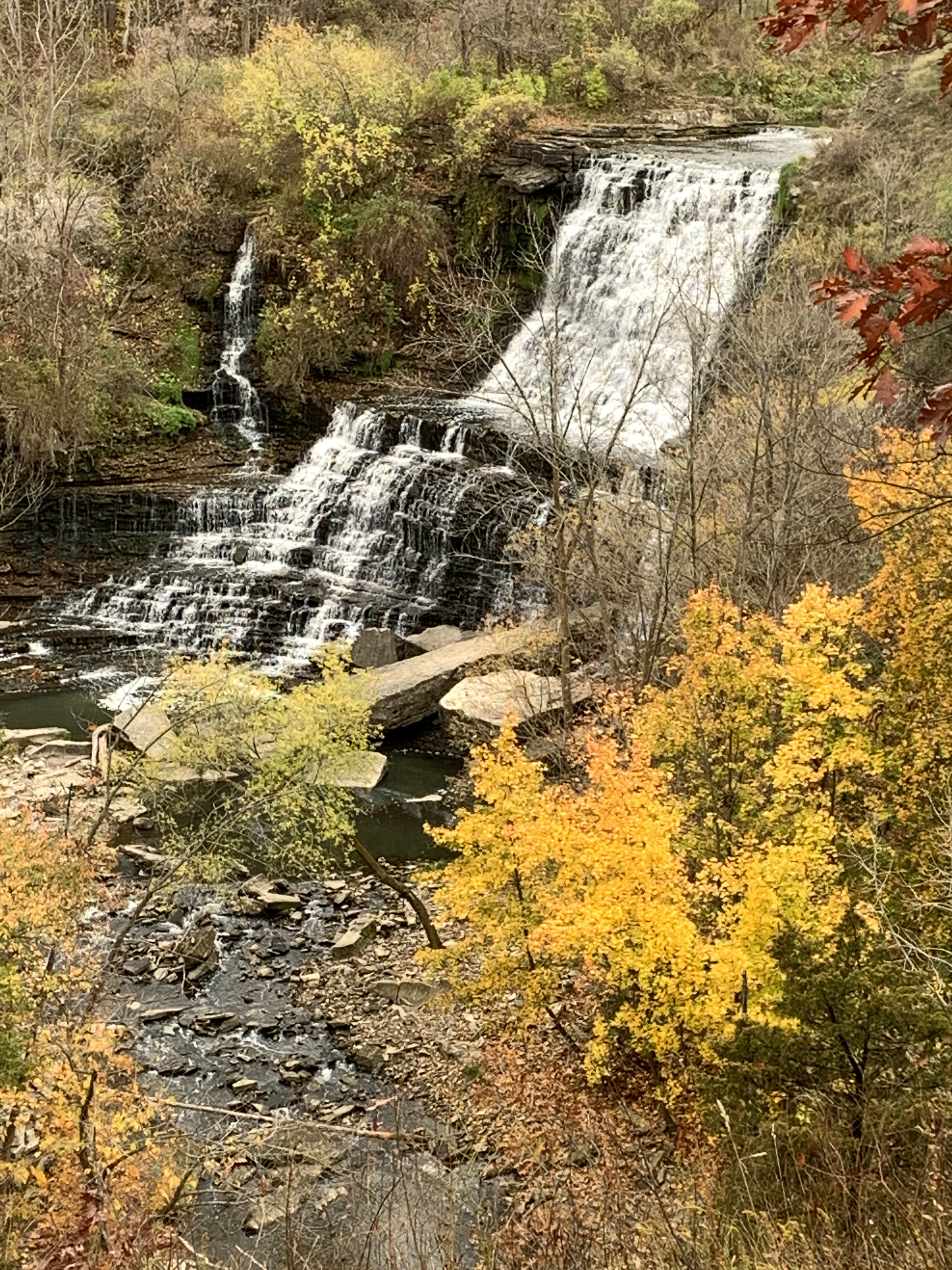 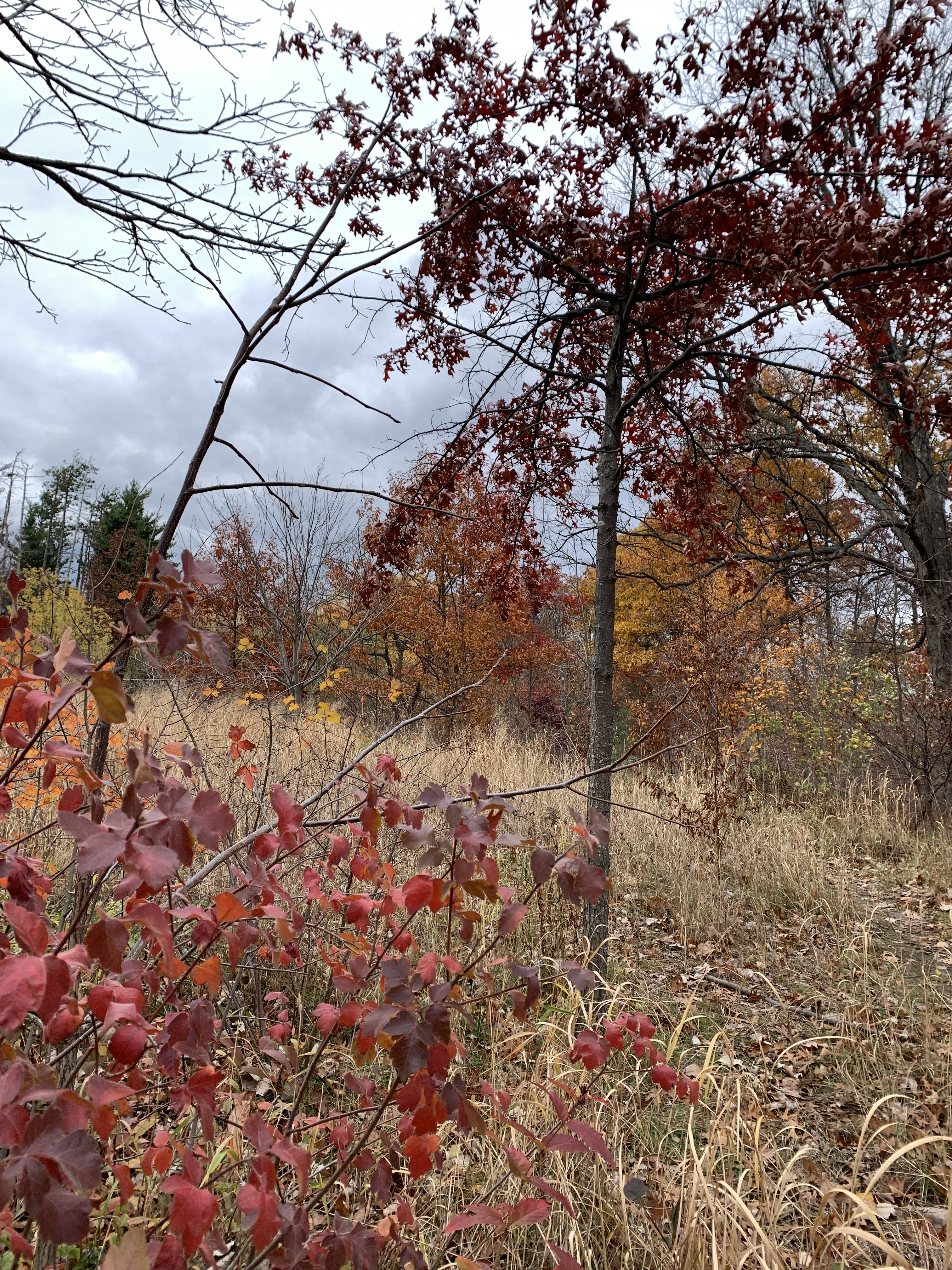 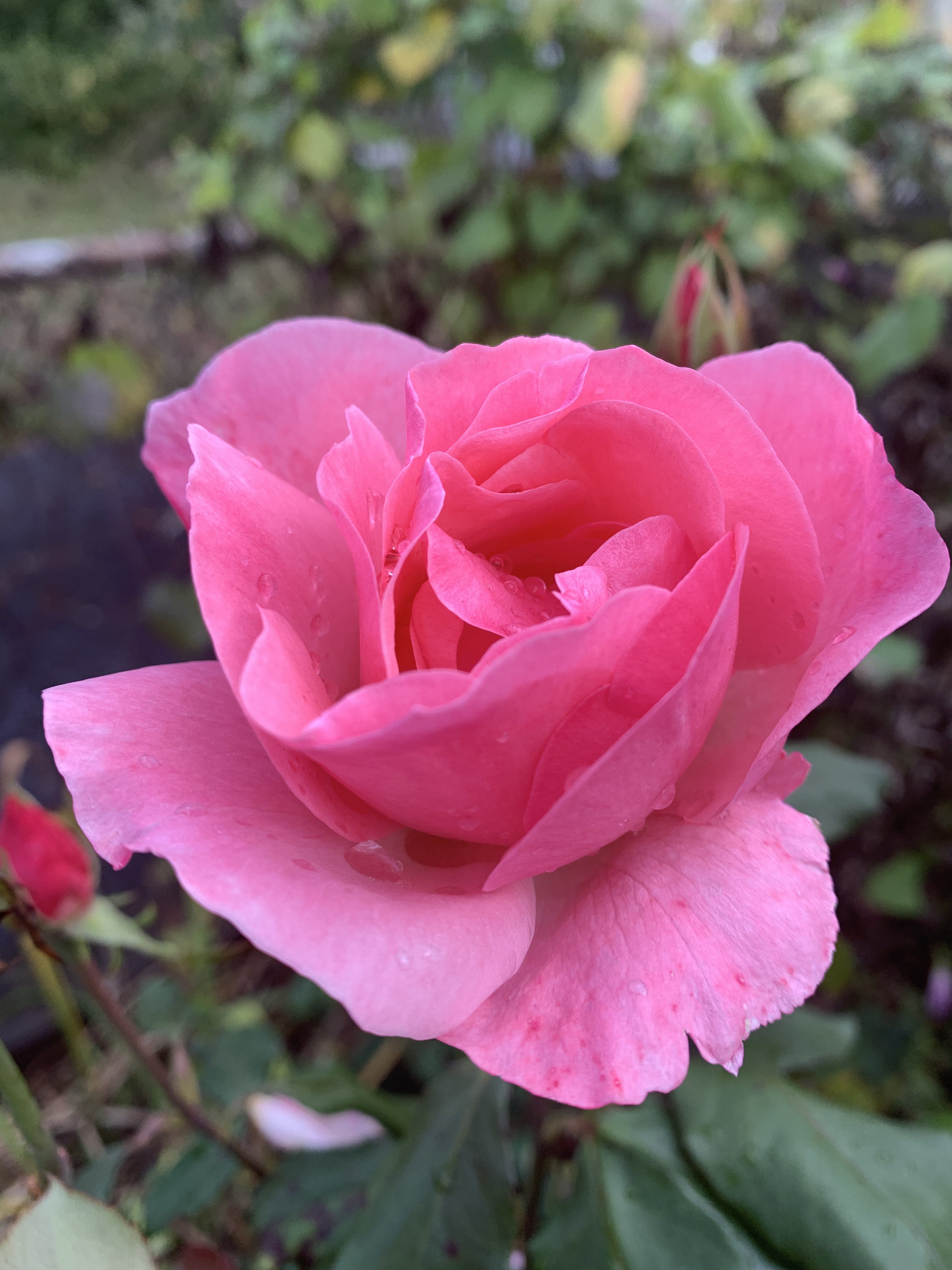 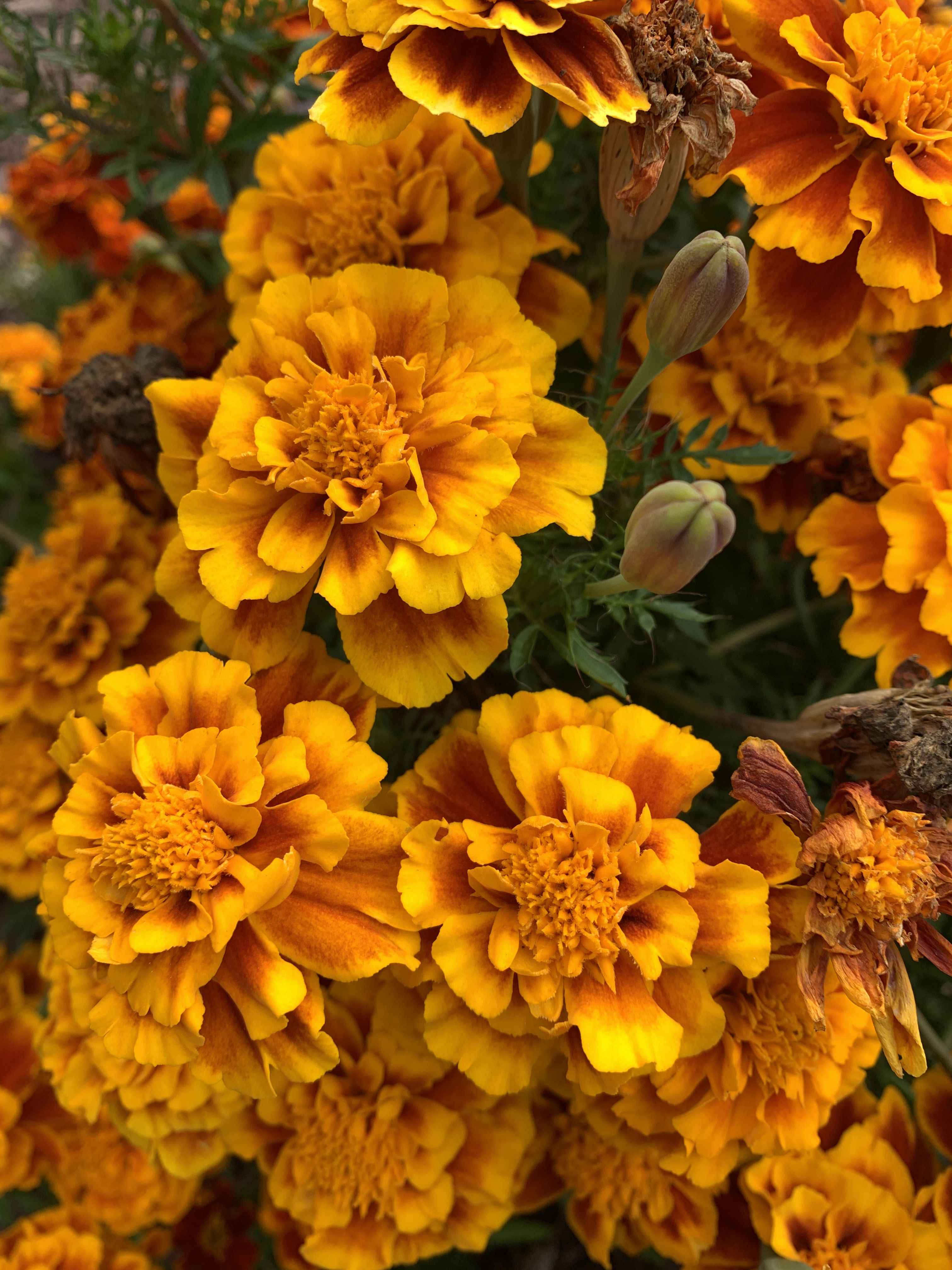 ….thanks to Norm for hosting Thursday Doors. https://miscellaneousmusingsofamiddleagedmind.wordpress.com/2020/10/08/thursday-doors-october-8-2020/

Hamilton, ON is a university town. Around the campus and the McMaster Hospital is a neighbourhood of family homes and student housing known as Ainslie Wood and Westdale, adjacent to the Royal Botanical Gardens. It is especially beautiful and quaint this time of year because of the changing colours. 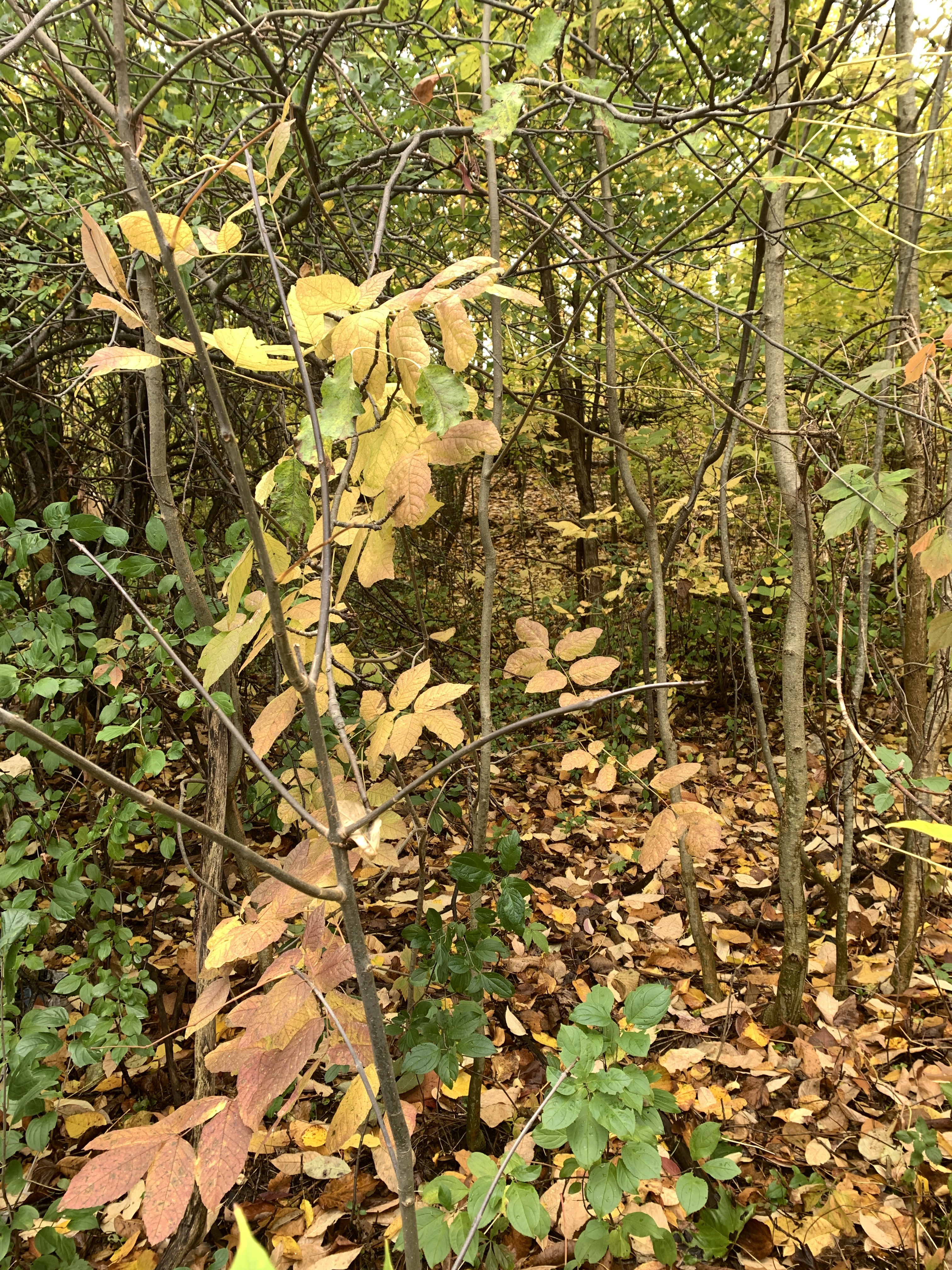 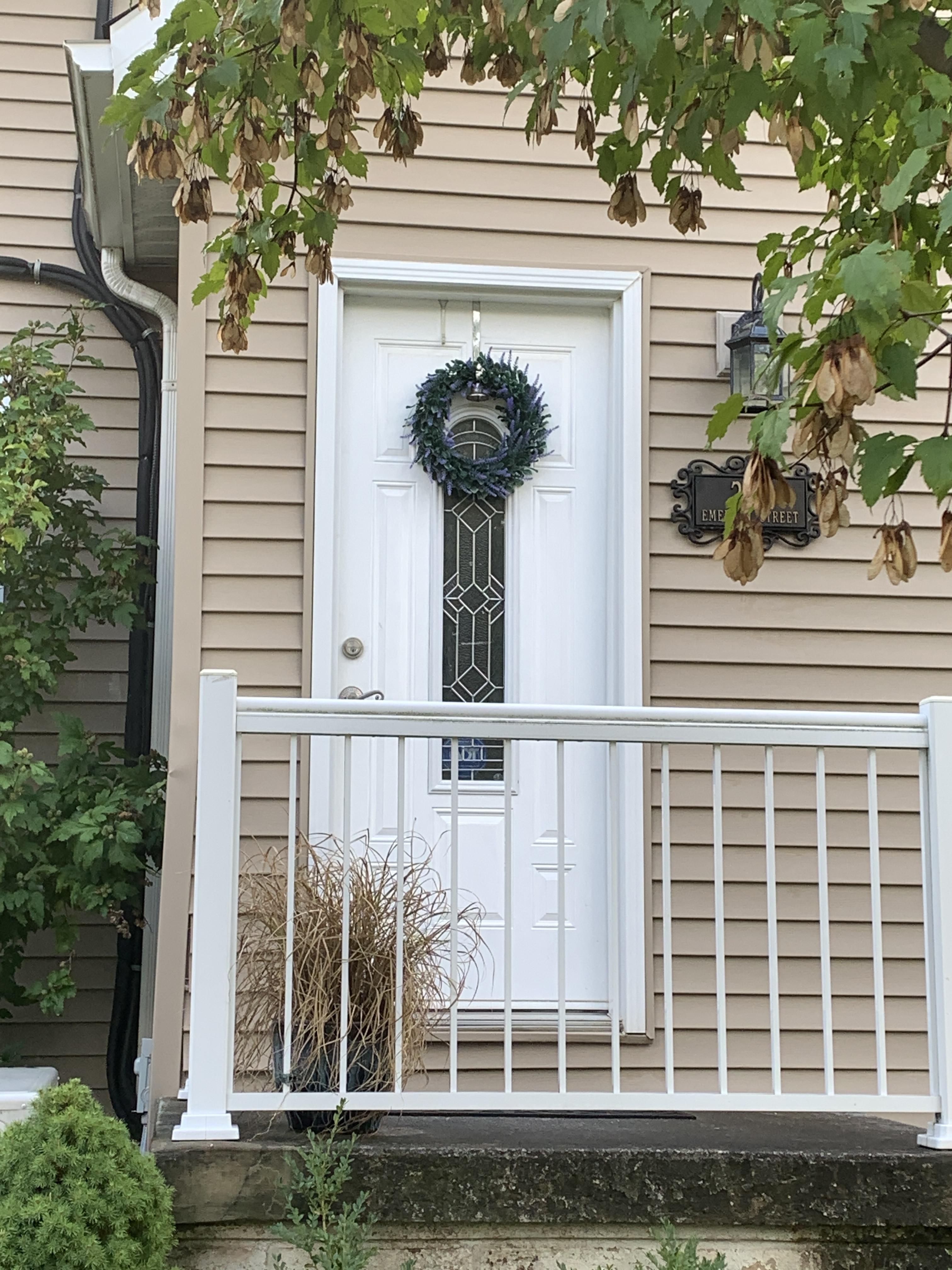 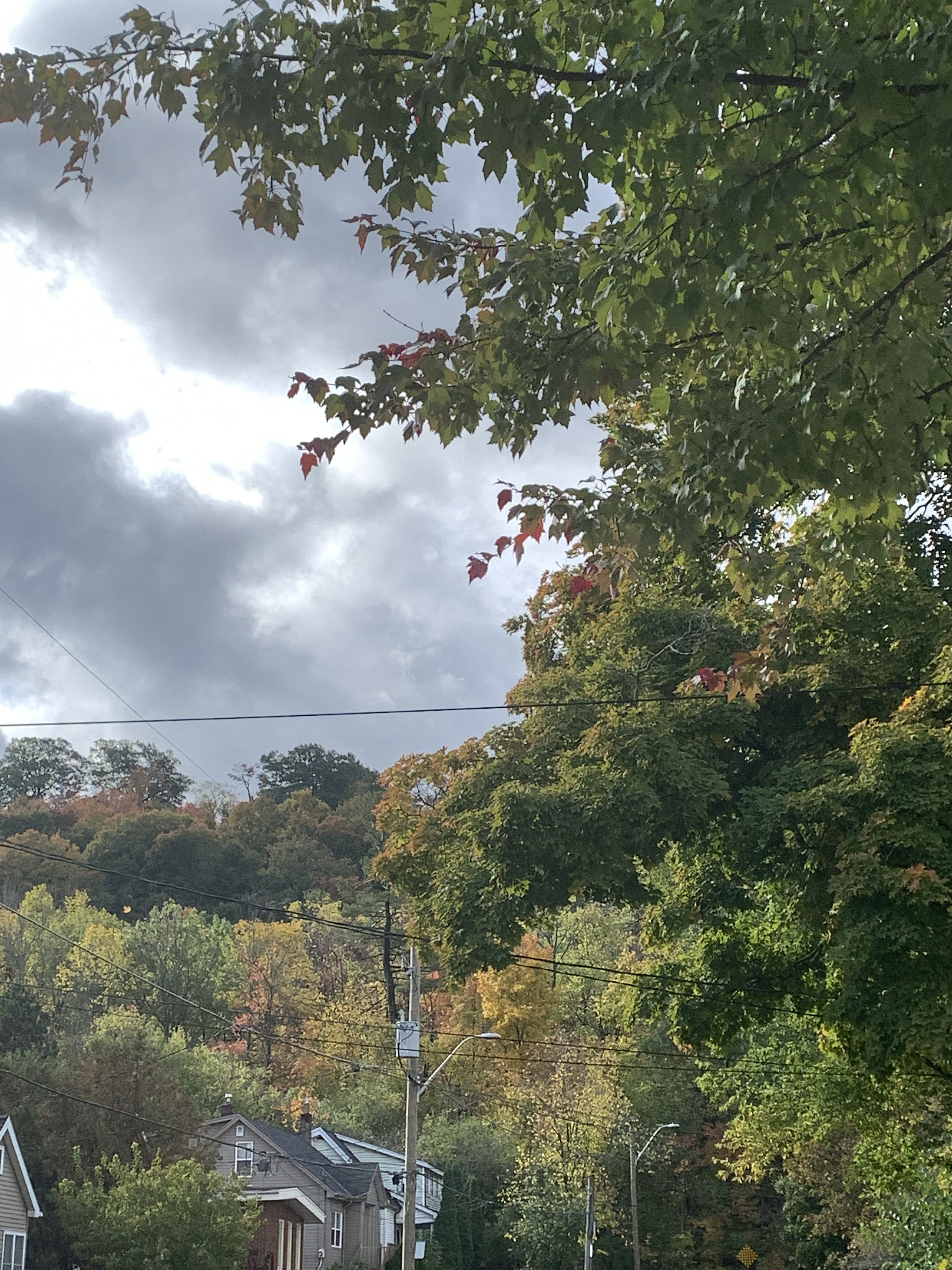 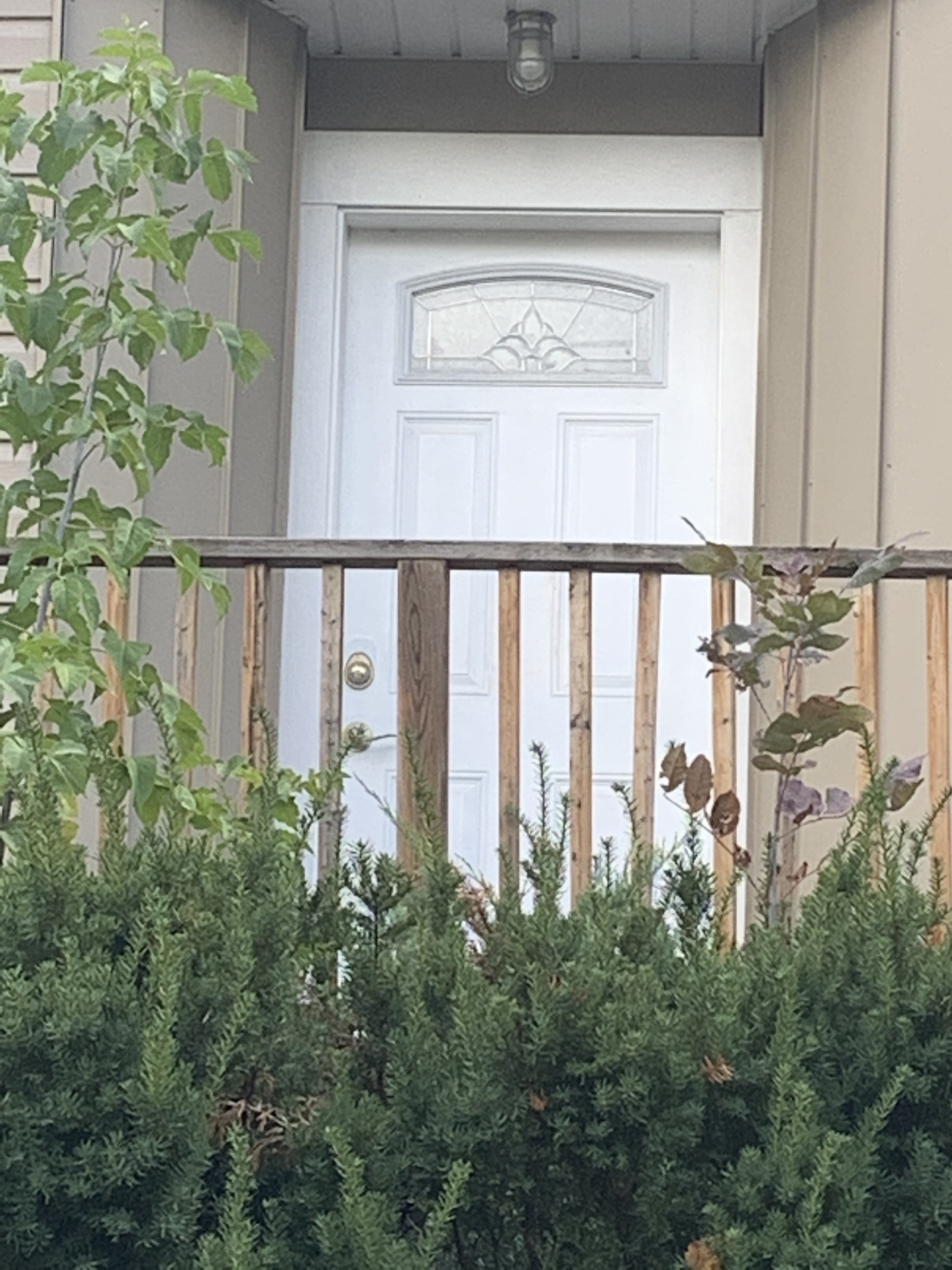 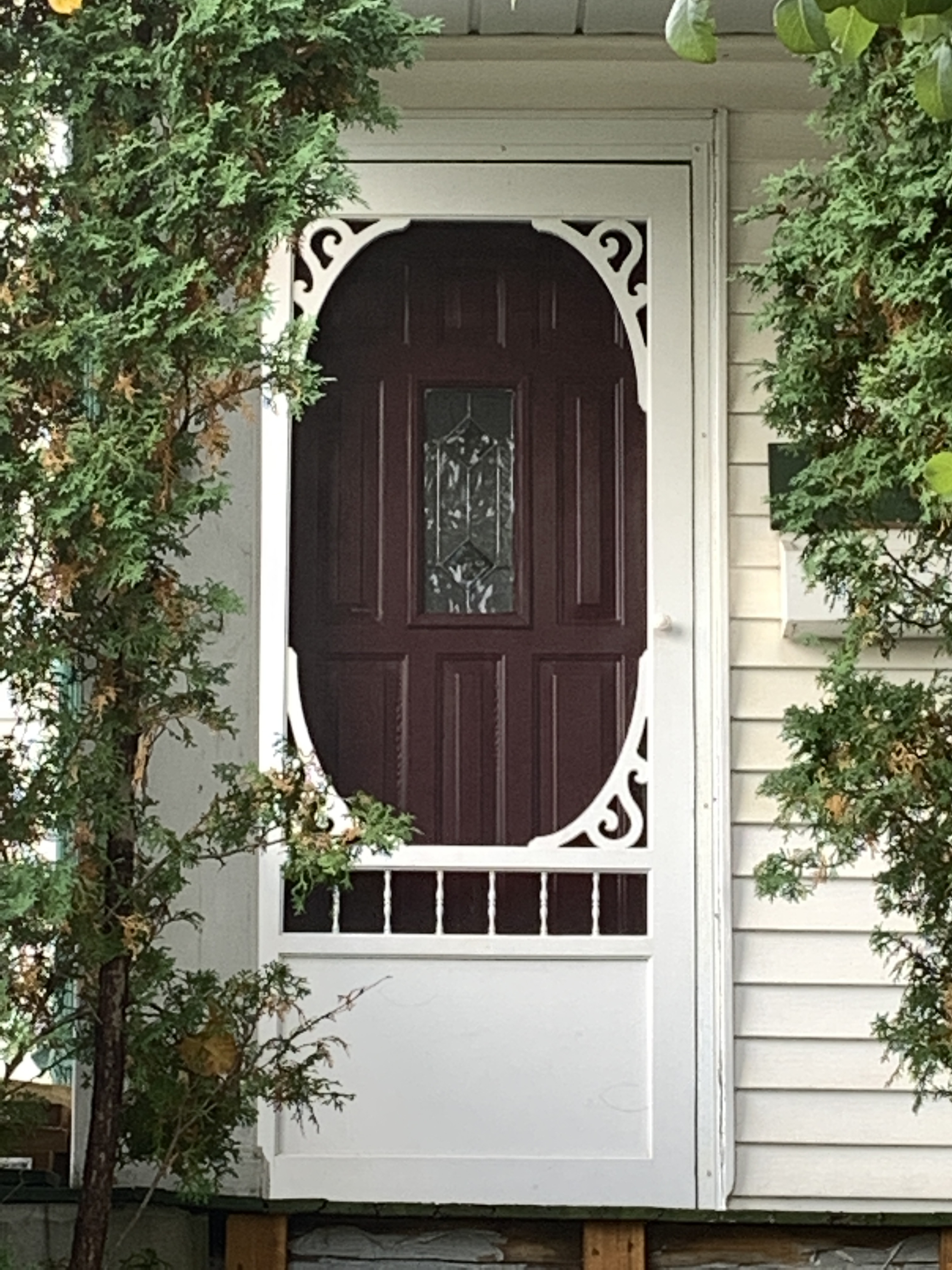 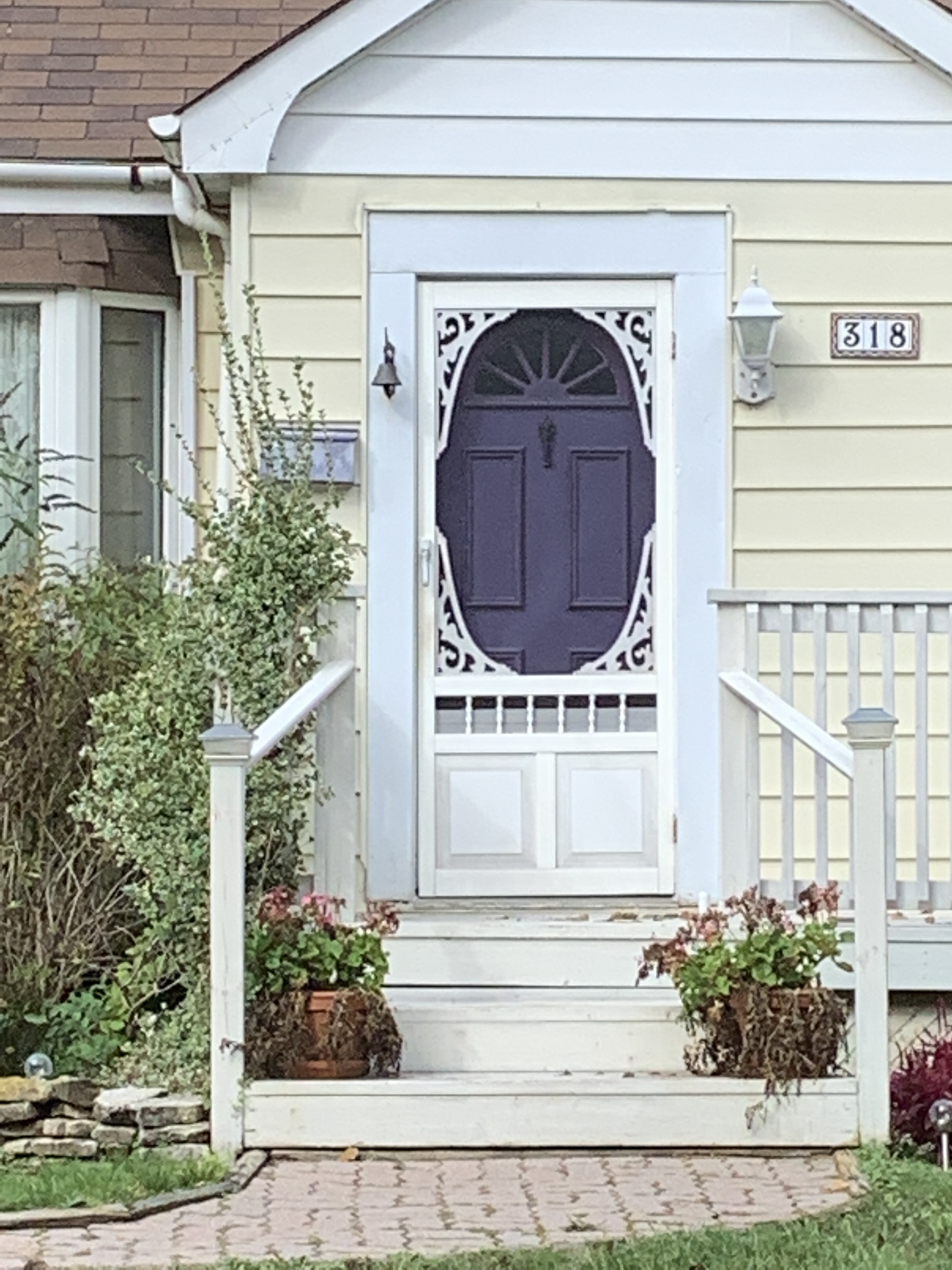 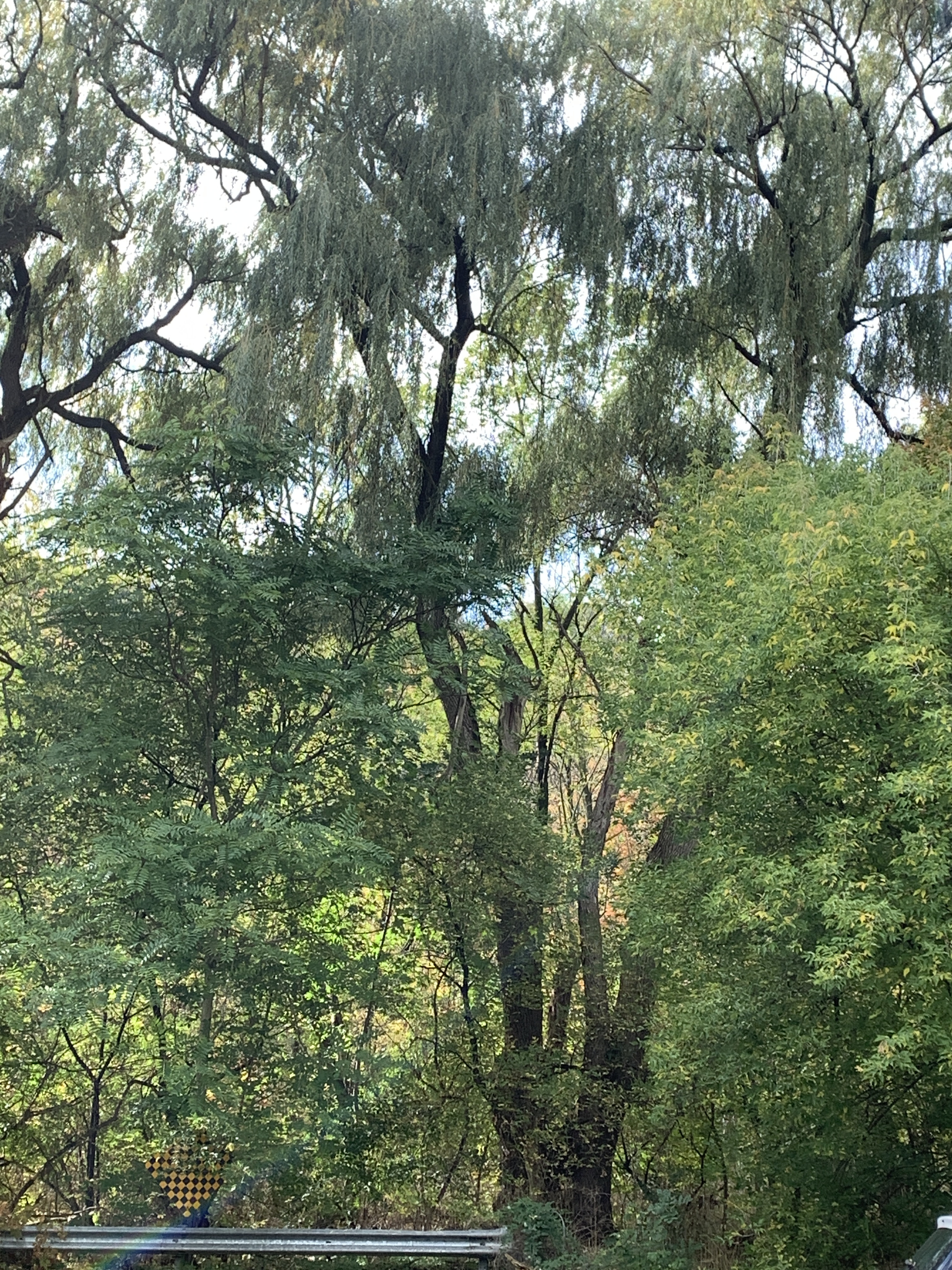 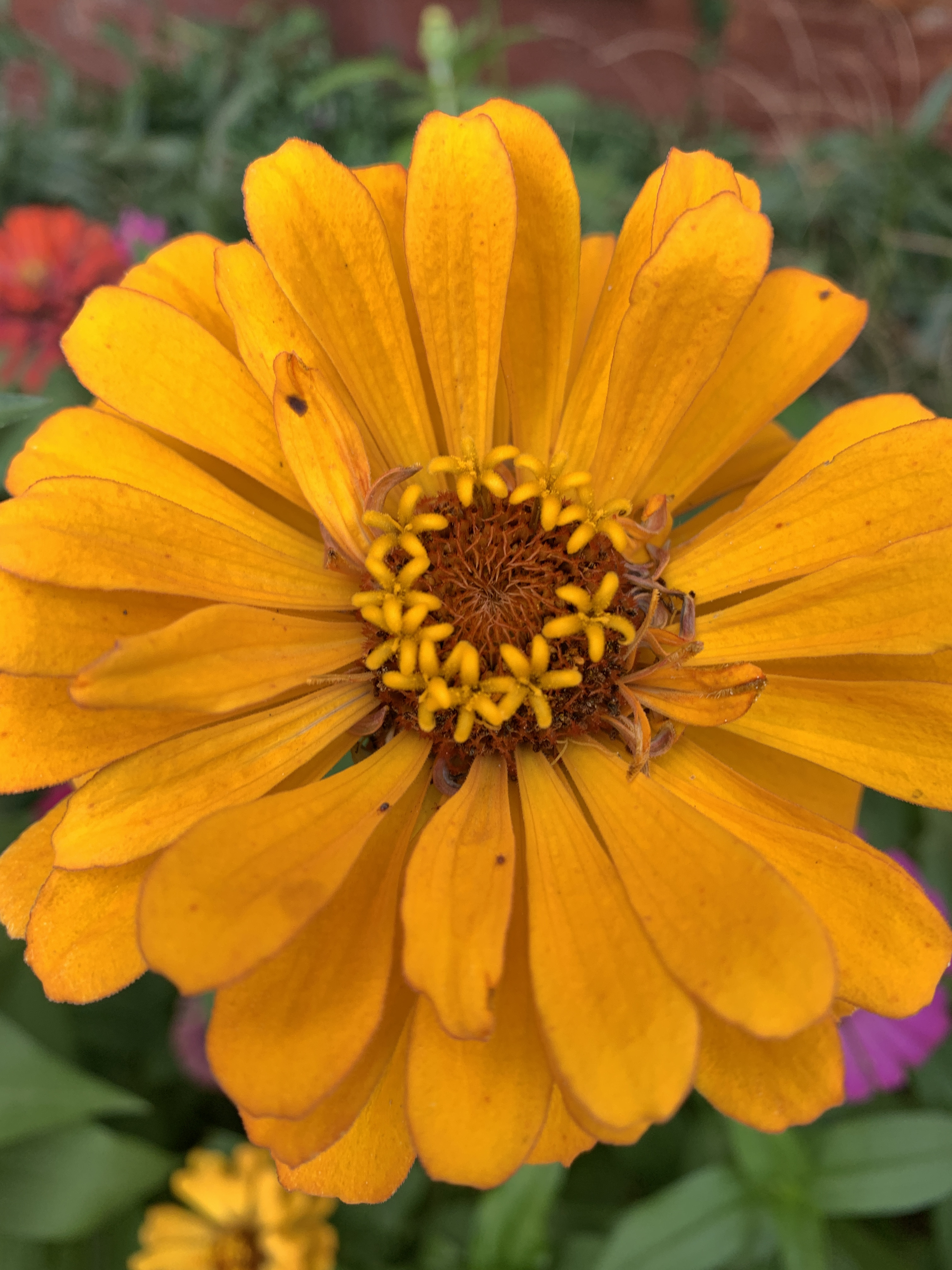