….from bees to red autumn foliage

…some threes, like the three leaves on poison ivy can be very problematic if you tough them

Apart from the poison ivy there is no impending danger from the other two photos, unless, however, you were to help yourself to one of the pairs of shoes that were openly displayed at the edge of someone’s front lawn. They looked like they were put out for people to take but how would you feel if someone accused you of stealing them?

Do you have any interesting photos of trios? Join the fun. Copy the link from this post and paste it into your own post and I should get a pingback.

….thanks to Amanda for hosting this week’s Friendly Friday Photo Challenge 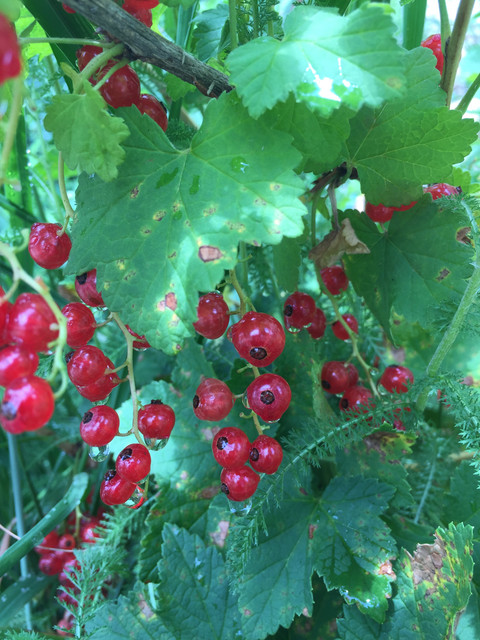 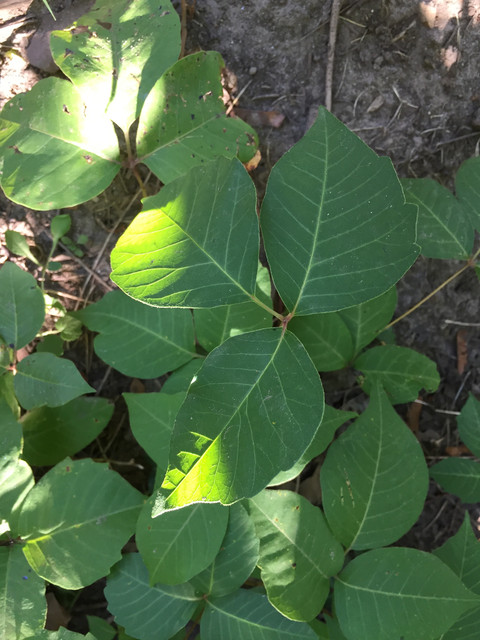 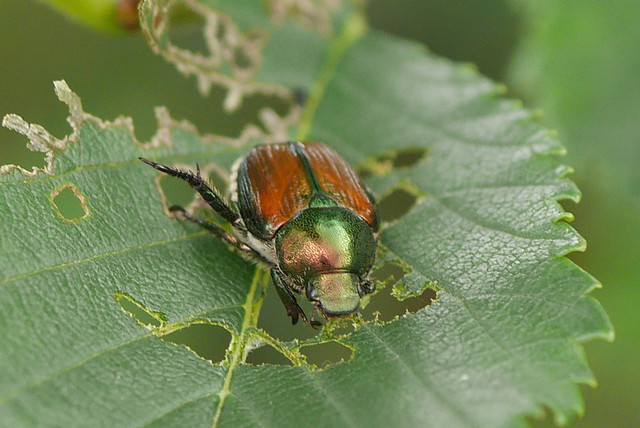 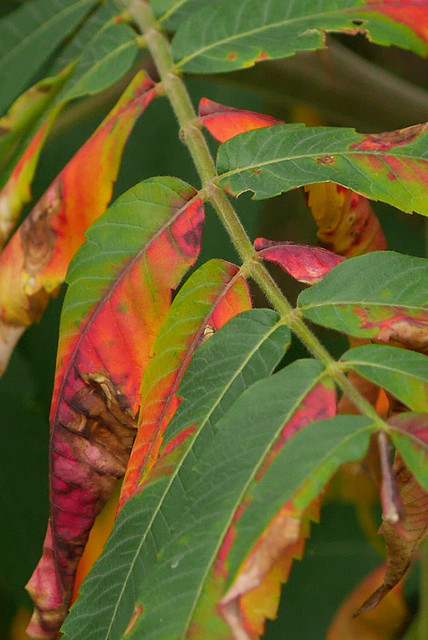 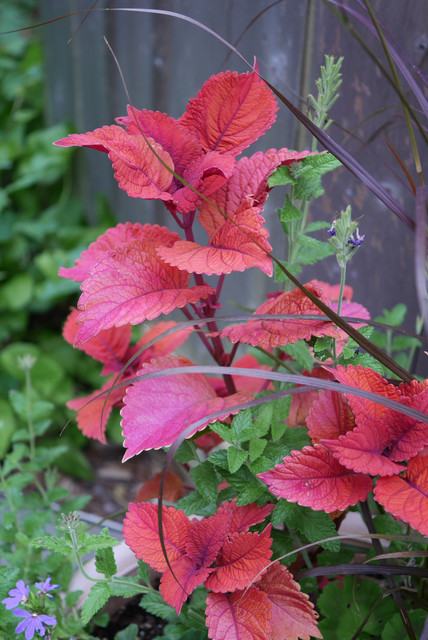 In the 25 years that I’ve been coming up to the cottage I’ve become very familiar with what poison ivy looks, where it is, how to avoid it and how to treat it. I’ve only had 2 very minor rashes in all these years and I mean minor, 4 or 5 tiny blisters all in a row. In the past I’ve always left it alone, washed it with Sunlight soap and if the rash became too itchy I would apply calamine lotion.

My son and D’s son, on the other hand always managed to get some serious bouts of poison ivy when they were young boys. Somehow they managed to get it on their hands and where ever they touched themselves that’s where the rash would show up. They had poison ivy on their faces, legs and groin area.

The worst case of poison ivy, oak or sumac (we’re not sure which one she came in contact with) that I’ve ever seen happened to my cottage neighbour and friend, D. After a hike over on Hope Is. she broke out in a rash all over her body but the worst part of it was on her face. She looked like a boxer at the end of a fight. Her face puffed out and her eyes were swollen shut. Her case was so serious that it required a trip to the hospital where they prescribed a round of steroids to reduce the swelling and ease the pain.

One of the side effects of steroids is that it makes you quite aggressive and D found she  had an over inflated sense of her actual strength. We had a delivery of building materials delivered to the cottage at the time and she was carrying twice as much drywall and in record speed than the rest of us. When she started to complain that her heart was racing we made her stop. This happened over 20 years ago and we still talk about it today.

This brings me to my third bout of poison ivy that I picked up two weeks ago at another friends cottage. I saw that the roadside was covered in the shiny three leafed plant and I thought I had stayed clear of it when we went for our walk; however, two days later (it takes a couple of days before the rash appears) I noticed a small patch on my right ankle. It was quite itchy and I tried not to touch it. I remembered a remedy that my friend L swears works every time so I thought I would give it a try.

The remedy involves rubbing salt into the blisters to break them open and then washing away the fluid that would normally cause the rash to spread. I recently received a wonderful salt scrub that I thought would do the job. It felt great when the blisters broke and they seemed to heal right away. The problem was that 2 days later another rash appeared somewhere else on my leg. I repeated the procedure and 2 days later another area broke out.

Now the thing with the scrub that I was using was that the salt was packed in an oil and after I rubbed it all over my legs it left the skin feeling soft and hydrated. What I didn’t realize at the time was that the oil was spreading the fluid in the blisters to other parts of my leg and because oil and water don’t mix the fluid wasn’t being washed away. Too bad it took me three treatments to realize what I was doing to myself. I’ve decided to leave this new batch of poison ivy to dry out on its own without any help from me.