Today’s theme is ‘from the fruit bowl’.

The bowl was too yellow for my liking so I threw in some tomatoes. Tomatoes, technically, are a fruit. 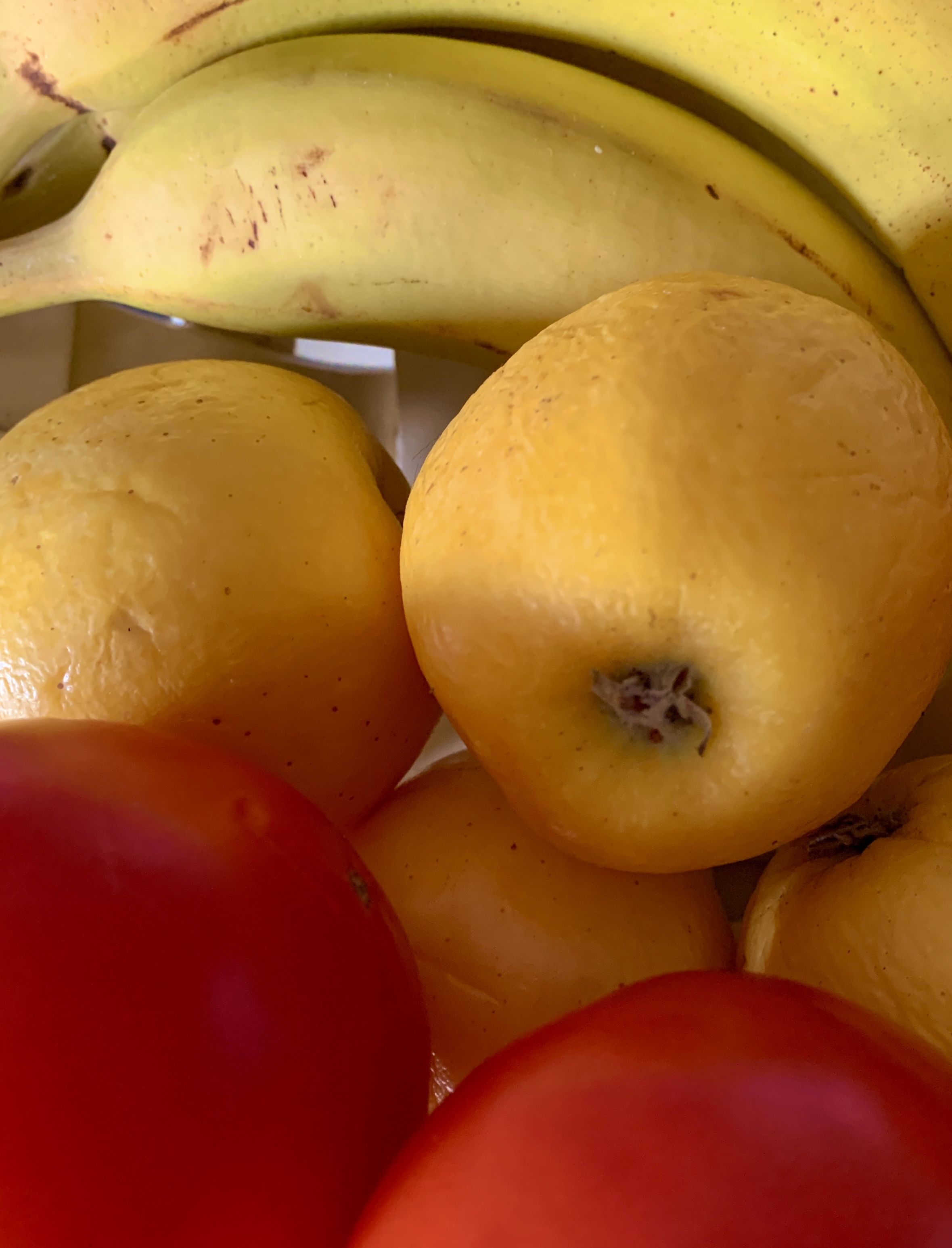