I was actually organized for the first time in my life and ready for Christmas Eve. Normally I’m still wrapping gifts as the family starts to arrive but this year I finished all my wrapping the night before and I got all my deliveries of baked goods to the neighbours done earlier in the day.

Our granddaughter came early with her Mom and she was clearly excited. We kept her busy with stories and watching Rudolph the Red Nose Reindeer. Papa gave her an apron and chef’s hat so that she could help us set up the table with Christmas goodies. 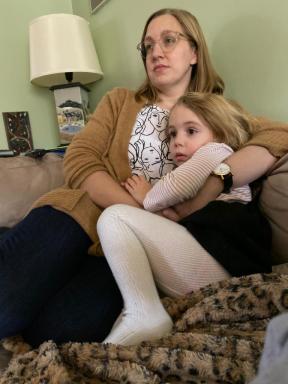 Later in the day she helped her Mom wrap some last minute gifts that her Papa needed help with and brought them downstairs and set them under the tree. 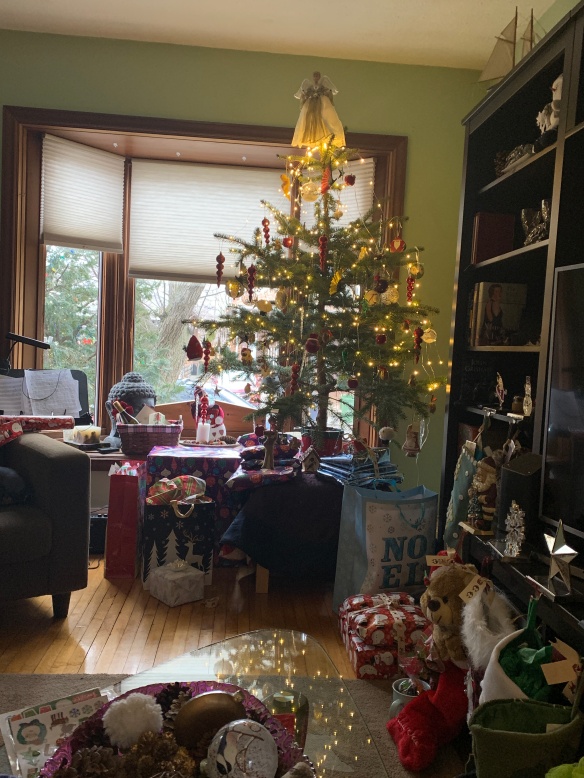 When all the family arrived we opened our stockings and Winnie helped hand out the presents. It was a wonderful evening and as always we had way too much food. We’ll be bringing some over to our daughter’s place tomorrow when we celebrate her birthday. Her twin brother is in London, England so hopefully we’ll hear from him like we did on Christmas Eve, unless the second grandchild decides to come early.

I hope everyone had a wonderful Christmas or holiday celebration with family and friends this season. Wishing everyone all the best in 2020.

….just when I thought I was done

I mentioned in one of my recent posts about Christmas that a very good friend of ours who almost always spends Christmas Eve with us couldn’t come over this past year. My daughter arranged for the three of us to get together last week for lunch.

I packed up all the gifts that I had for her, put them in my car and then headed out for Montgomery’s Inn where I volunteered to help put up an art show. I’ve never done a professional exhibit before and I found it exciting helping the artist decide where and how to hang her work. The artist’s name is Sharon McManus and I will probably share more about her work after the official opening this Saturday. 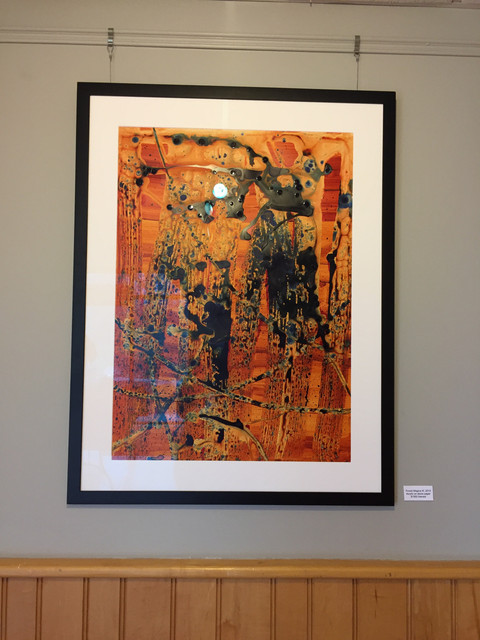 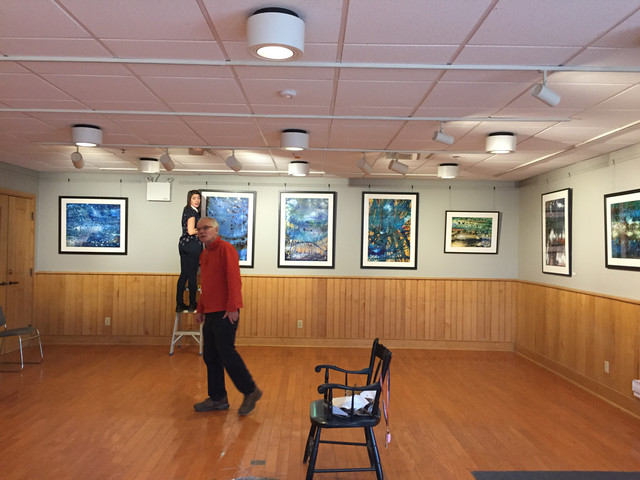 When we finished hanging all the pieces I made my way to Arlene’s place. We met in her condo where she still had up all her Christmas decorations, including her white tree that she’s had since the 60s. 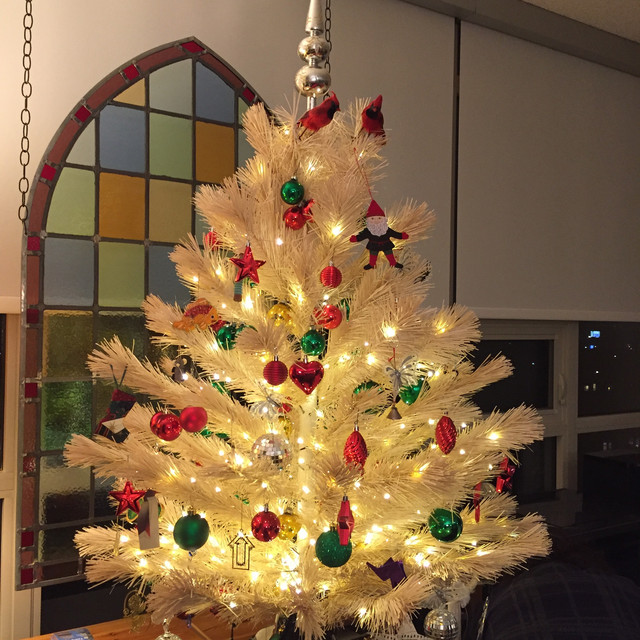 Andrea arrived soon after and we all went down the street to the local Sushi restaurant. We toasted in the New Year with a little saki and warmed our tummies with a bowl of ramen.

When we went back to the condo and Arlene opened her gifts. She loves Henkel Trocken and it’s become a tradition to place a bottle in her Christmas stocking. 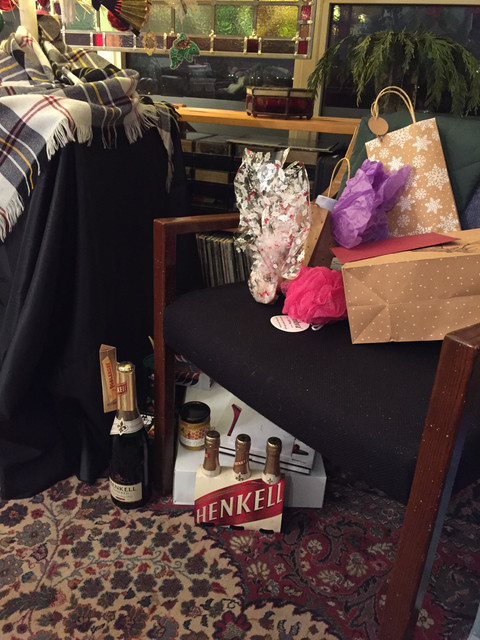 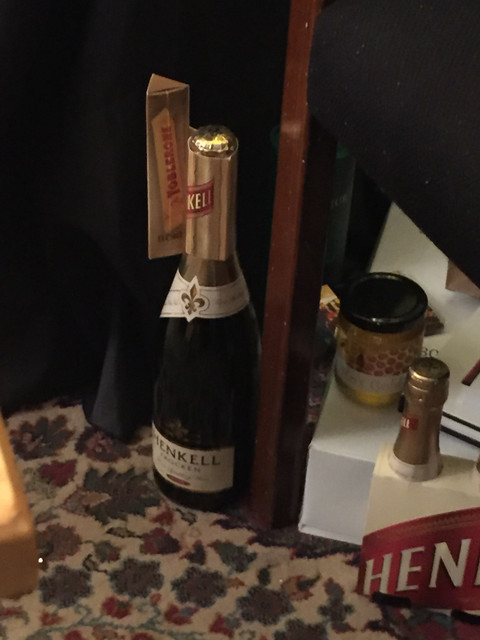 Before we left she made us coffee and we shared a muffin and some cookies. Andrea also taught her how to use her camera on her phone so we played around posing for pictures. 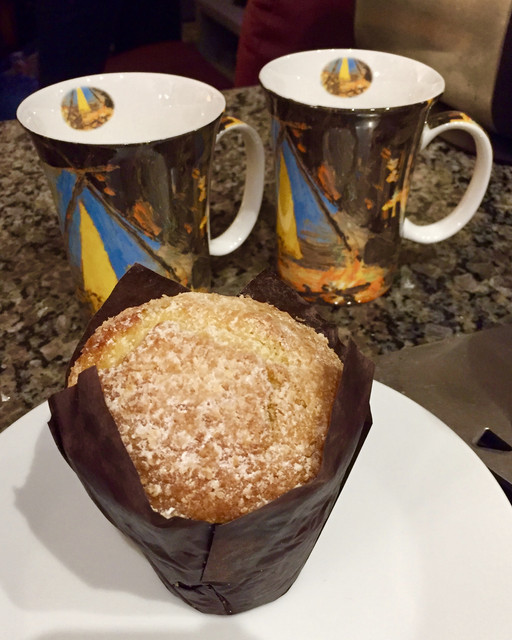 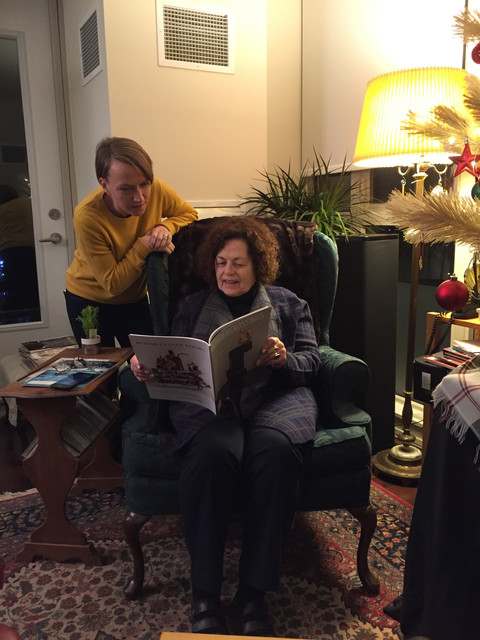 I think this is pretty much the end of our Christmas season, although my niece and her husband celebrated Orthodox Christmas a couple of days ago.

There are still a few remnants of Christmas around the neighbourhoods and some of the lights will stay up well past Valentine’s Day but for the most part the decorations are starting to come down and the greenery is starting to whither. Some people are sad that the holiday season is now over. As for me I’m looking forward to some rest and returning to a more normal routine of eating. How about you? 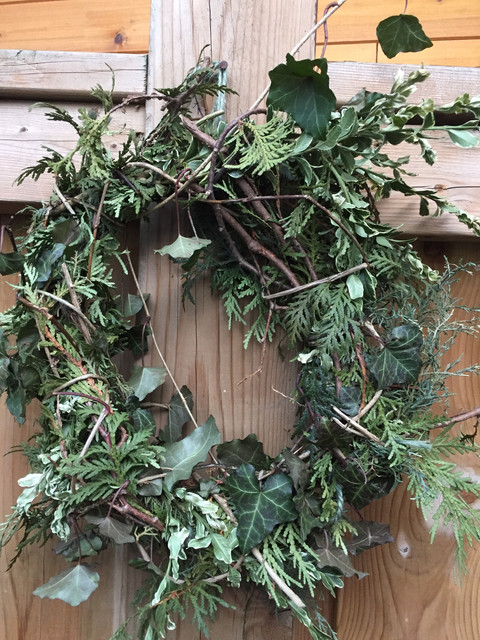 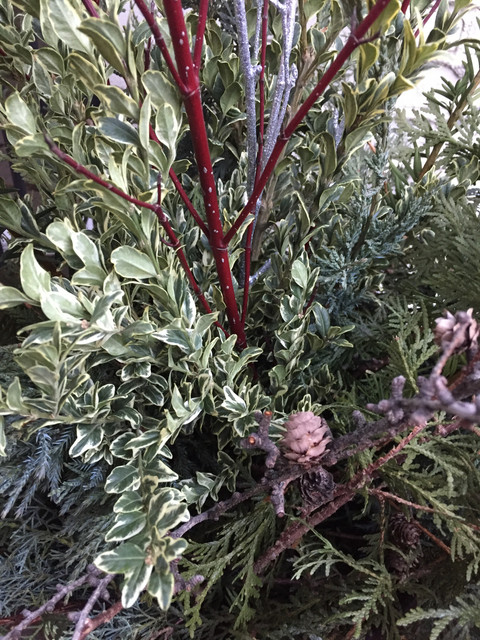 ….it’s been an exhausting week

The week started with rehearsals for the grade five farewell. I narrated an adaptation of Oh, the Places You’ll Go by Dr. Seuss and I emceed the assembly. On Tuesday the actual farewell took place and it was a beautiful ceremony. Many of my favourite students were leaving us for middle schools and of course so were their families. Some of these parents I’ve known for ten years because I also taught their older children as well.

At the end of the day my friend L and I were invited to attend one of the house parties. The children were all playing in the backyard while the adults gathered in the living room. I had a great time. There were lots of great nibbles and wonderful adult conversation.

The next day when I arrived at school I had a meltdown as soon as I entered the school building. I’m not sure why. The grade 5s were heading out for their special activity day (swimming, BBQ and mini golf) and for the rest of us we had a play day at school. I was in charge of the water boot race. I felt completely unprepared but I had all the equipment I needed and all the organization had been done by our amazing PE teacher. I think it probably had something to do with the fact that this was the first time in 16 years that I didn’t go away with the grade 5s.

In the end, my activity was a big hit and I actually had a lot of fun doing it. In the afternoon, students from one of the grade 4 classes helped me sort through all the prizes from Jump Rope for Heart and they delivered them to all the classes. That was a huge help. The final total for money raised this year was just under $9000.

After school we had our staff party. PJ hosted at his place as he does every year. He has a pool and I think there were more people than ever in the pool. It helped that it was a warm humid evening. We said good-bye to two staff members that were leaving to continue their  careers at other schools and two teachers are going on a leave for a year.

Today students and parents approached me all day with gifts, cards, flowers and warm wishes in between teaching classes. 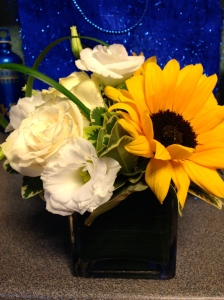 We also had one final assembly in the morning where we recognized students of the month. All the summer birthdays, including mine were, were announced on the PA and we were given birthday ribbons, stickers and bracelets. It’s strange being wished a happy birthday when it’s still two months away (Aug. 28th). Even my last kindergarten class of the year sang Happy Birthday to me.

As I mentioned earlier I received numerous gifts throughout the day but the one that brought tears to my eyes came from four students who were leaving this year. They were also the same students who have attended the tea party for the last two years. They knew that I have a Pandora bracelet and they purchased a charm, a tiny silver teapot, to add to my collection. 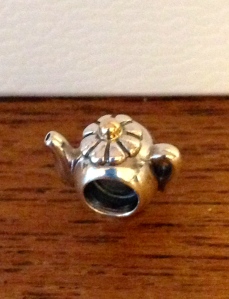 I’m not sure why this year was more emotional than past years. Maybe because I’m getting older and I know that my time as a teacher is soon coming to an end. Whenever I mention retirement, the staff and students won’t hear of it but I know that I can’t go on forever. I’m now looking at one year at a time but I’m pretty sure that in two years I’ll be saying good-bye.

Tomorrow the teachers will be back at school. Our principal is hosting a breakfast for us and then we’re off to clean our rooms. Last year I knew that the library was being renovated and I had a big job packing up books in that last week of school. This year I found out that the storage room where I store all my art supplies is being turned into a new office for the caretaker, so all the paper, paints, art supplies and art carts have to be removed. Guess where they’re going for now? The library. I know what I’ll be doing that week before school starts. Can’t worry about that now. I’ll cross that road when I get to it. 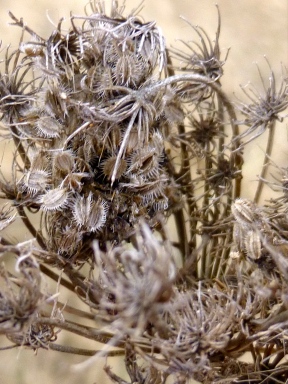 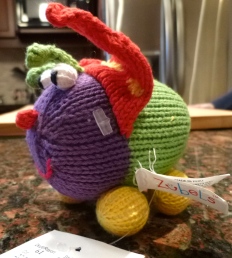 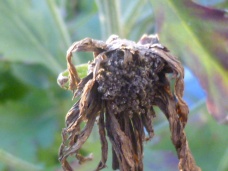