….this year it was more about the pumpkins, decorations and squash

Usually the turkey is a big deal but when it’s just the two of us, we tend to keep things simpler. Leading up to Thanksgiving we stopped at some favourite places and picked up some gourds for decoration, lots of vegetables and yummy butter tarts.

…..today is officially Thanksgiving but we had our big meal yesterday

All week I stressed that having dinner at my daughter’s place might not be such a good idea. I envisioned her going into labour during the meal, before the meal and actually being in the  hospital on the day we were suppose to get together. My daughter, however, was determined to have the dinner at her place. At least she would be close to her doctor and the hospital where she plans to have the baby. We did discuss a plan B but it wasn’t necessary.

There were 10 of us there for dinner. My husband and I delivered the turkey and all the equipment for deep frying the bird the day before. On Sunday we brought roasted Brussels sprouts, a melange of other roasted vegetables and homemade cranberry sauce.  Our other daughter, A, made a kale, rice and pomegranate salad and B’s mom prepared the spaghetti squash and gravy. G made the mashed potatoes and B’s brother was in charge of dessert.

It was B’s first time deep frying a turkey so my husband was close at hand for advice and moral support. The dogs were also hovering around everyone’s feet hoping for bits to fall to the ground.

Before dinner B and G put out a lovely spread of meats and cheeses, crackers, pates, dips and toasted breads. Lucy was a bit of a challenge because all the trays were placed on the coffee table which was just the right height for Lucy to lean in and grab whatever she could. Despite our best efforts she managed to walk off with some bread and cheese.

The dinner was delicious. When dessert was served we also celebrated the birthdays of G’s husband and her husband’s brother. If the baby comes today it will mean that we have birthdays on the 2, 7, 12, 13, and 14th of October to celebrate and those are just the immediate family. There are quite a few October birthdays with the extended family as well.

Today was another beautiful day. It feels like summer out there. We’re in the middle of a federal election and the advance polls were open today so my husband and I decided to walk to the polling station and get it over with. We’d pretty much decided who we were voting for anyway and so we decided to avoid the rush on the actual voting day.

Since the weather was so perfect we decided to walk to the polling station. It was a bit of a hike but we walk that far with the dog every day anyway so we took her along and made our way to the Assembly Hall. 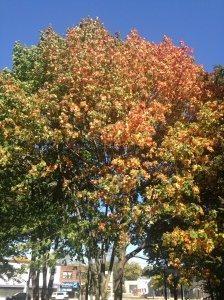 Unfortunately my husband misread the times and we got there two hours before the doors open. We went back home and then walked back two hours later but without the dog this time. The station was surprisingly busy and it took us about a half an hour to get to the front of the line to vote. When we got home the second time I had clocked over 12 000 steps for the day up to that point.

Back in Hamilton my daughter still waits for her baby to arrive. To kick start her labour they decided to go on a fairly strenuous  hike along the Bruce Trail but so far it hasn’t made a difference. Here’s a photo of part of the trail that they hiked on. 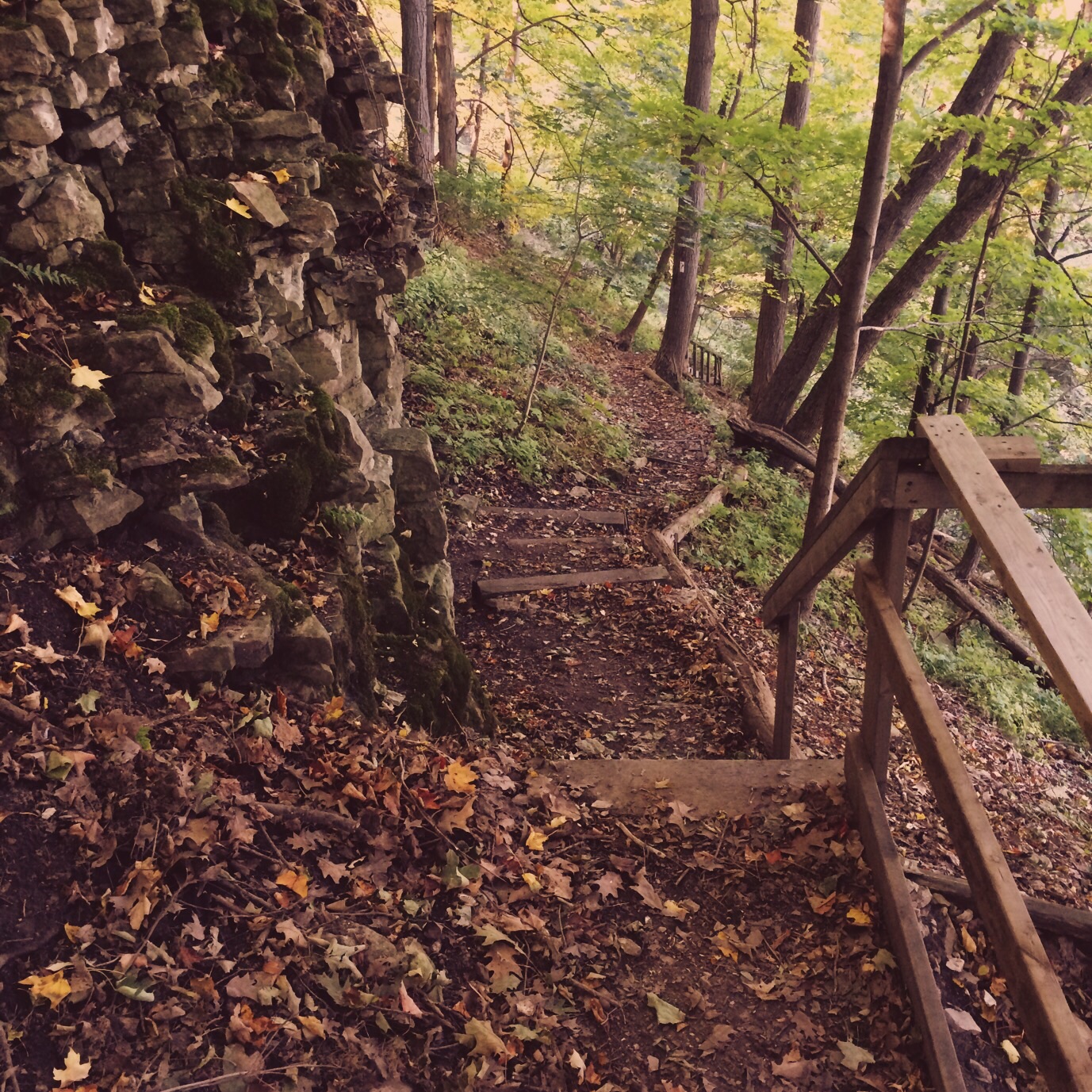 Hopefully in my next post I will declare the safe arrival of our first grandchild. To all my Canadian friends, have a wonderful Thanksgiving Day and don’t eat too much turkey. Remember that leftovers make great lunches for the rest of the week.

….Thanksgiving dinner at the Cormier house

Today is Thanksgiving Day in Canada but we celebrated yesterday. We enjoy having Monday has a down day, where we can relax or in our case catch up on our reading, blogging, cleaning, gardening, etc..

Yesterday the big Thanksgiving Day dinner was hosted at our place. Come to think of it, I can’t remember when it wasn’t. When my mother was alive we used to go to my parent’s house. One year they decided to go away with friends on the Thanksgiving weekend. I was devastated, after all Thanksgiving is suppose to be spent with family. I can’t remember how that turned out but I think that soon after that we hosted the annual event. My sister had it at her house a few times but she ‘didn’t cook’ back then so a lot of the food was prepared ahead of time and brought to her house.

There were only six of us at the dinner table this year. My son is still living in the Netherlands and my sister and her family and my Dad and G had made other plans this year. We were planning to deep fry our turkey again but when we woke up it was pouring rain outside. Since we do the deep frying in the backyard we had to quickly decide if we chance it and wait out the rain or do the turkey the traditional way in the oven. Deep frying takes one hour versus the oven which takes 5 hours.

We decided on the oven. Good thing because the rain continued all day and came down even heavier when we would have started the deep fryer. Of course this meant more work for me but once the bird was in the oven the rest of the meal was easy. Our daughter G brought over a great salad made with barley, tomatoes, arugula and ricotta cheese and A, our oldest daughter, made homemade pumpkin pie ice cream and roasted plum ice-cream. 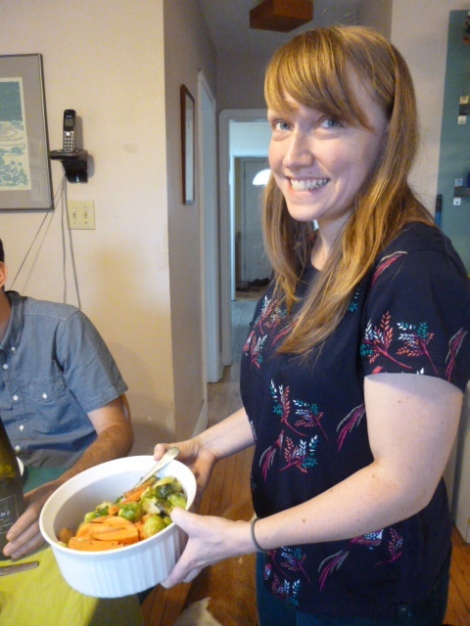 After a delicious dinner, we celebrated B’s birthday. We gave him a new board game, Small World, Underground. We were all very full from dinner so we decided to go for a walk around the block before we started a new game of Ticket to Ride, Europe. A and J liked the last game so much that they went out and bought their own game.

A great day. Wishing all my Canadian friends a great Thanksgiving Monday!     Cheers! 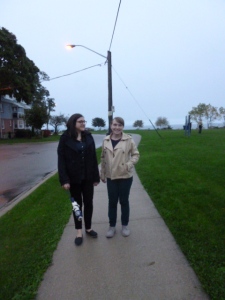 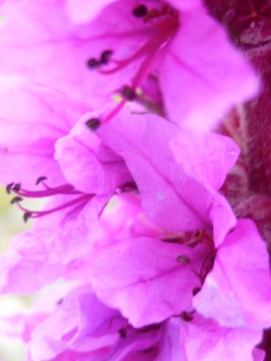 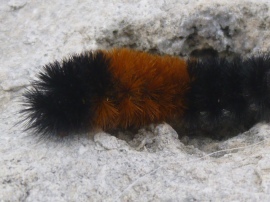 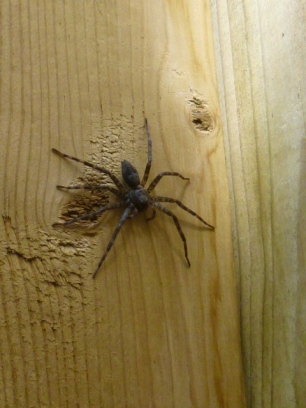 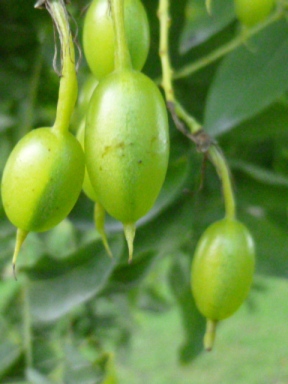 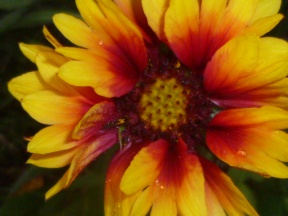 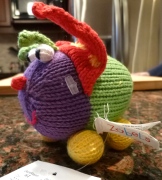 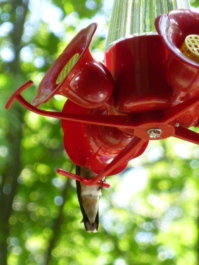