When we talk about odd socks or odd shoes we usually mean that we can’t find the matching sock or shoe. I know that store displays often only put out one of a pair, probably to prevent theft. 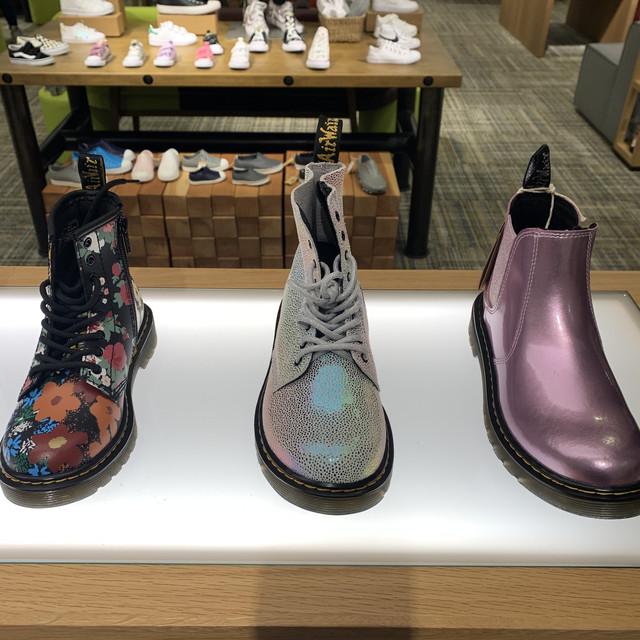 …thanks to Becky B for hosting Square Odds this February, https://beckybofwinchester.com/2022/02/26/the-square-odds-26/

Thanks to Becky B for hosting Square Oddshttps://beckybofwinchester.com/2022/02/25/the-square-odds-25/ 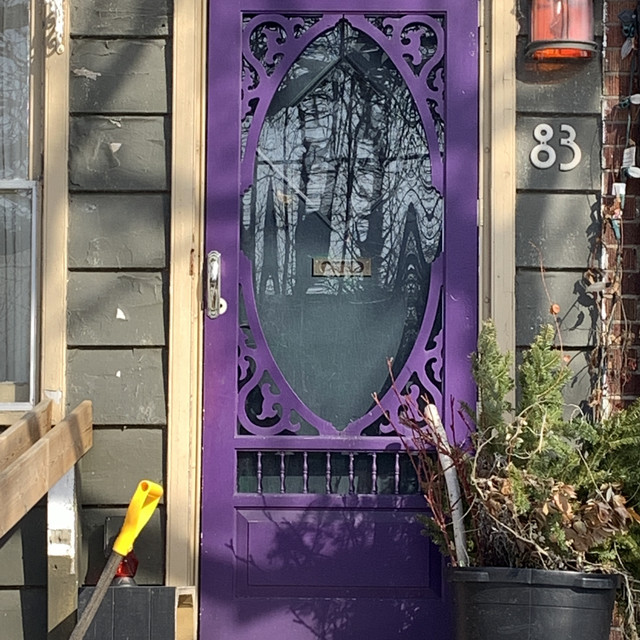 In the last photo I posted 1 swan and in this one there are five. Odd because yesterday there were no other swans to be seen and today, in the same area there were so many more. I captured this group together but there were more out on the lake. 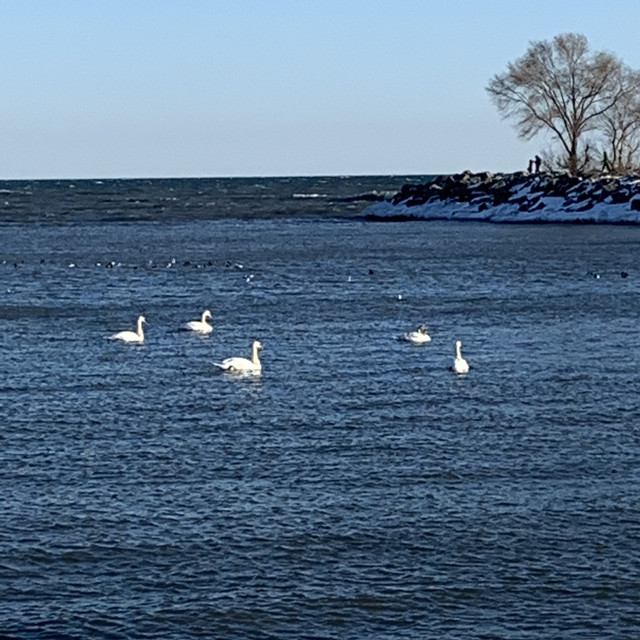 Thanks to Becky B for hosting Square Odds https://beckybofwinchester.com/2022/02/20/the-square-odds-20/

Despite the very cold weather a large gaggle of geese and ducks were swimming close to the beach over at Col. Sam Smith Park yesterday. Right in the middle of this group of waterfowl was a lone swan. 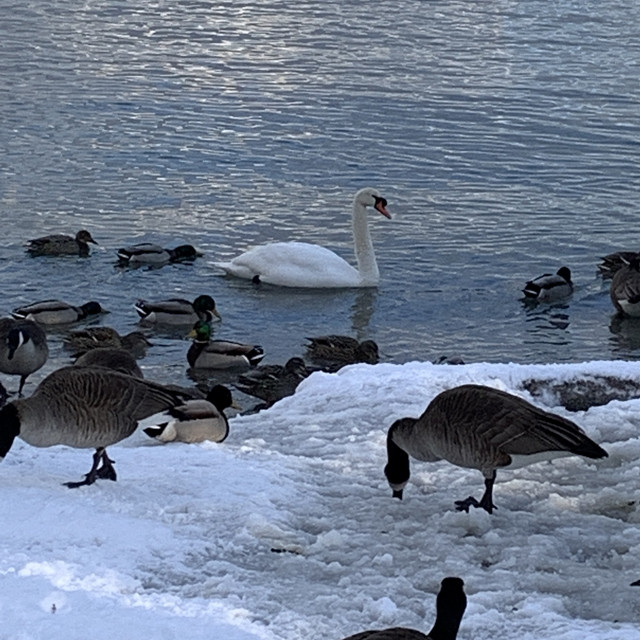 ….found these ‘sentiments’ hanging in the bushes down at the park

Sentiments is the word a passerby used when I pointed out these wreaths hanging from the shrubs at the edge of the park. What I found even more odd was that each wreath had a ring either hanging on the wreath or hanging on a branch close by. I have no idea what the sentiment symbolizes or whom it represents. Has anyone out there seen something like this before and do you know what they represent?

Thanks to Becky B. for hosting Square Odds https://beckybofwinchester.com/2022/02/18/the-square-odds-18/

This is not a store window for a pet store, toy store or sports store. It’s like the window dresser stopped in mid-stream and walked off the job. It’s one thing to find abandoned shoes in the good weather but when you see two pair of relatively new running shoes nestled in the snow it makes you wonder what the owners were thinking. It turns out that these were next to an outdoor skating rink but I still found it odd that the shoes were left outside when there is an indoor facility next to the rink where you can change and store boots and shoes.

Soon after I took this photo the owners came by and quickly retrieved their sneakers. I’m sure they thought it was odd that I was taking a photo of their shoes. 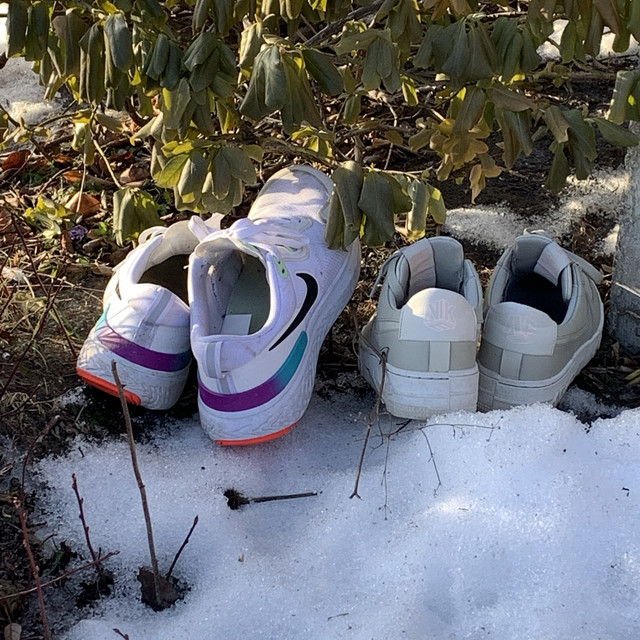 ….a discovery I made on my walk yesterday

It was cold and icy but I decided to walk along the path in front of the lake. With the fluctuating temperatures we’ve been having the cleared paths had filled in with melting snow, which froze and then melted again and then froze again so the nature paths were no longer clear. Instead they were like skating rinks and today and they were dusted with a fine layer of freshly fallen snow. It made for a somewhat treacherous walk.

I carefully walked along the path trying to avoid any icy patches but it was near impossible. There was a set of footprints in the snow that I tried to follow but the owner of these prints didn’t have much luck missing the ice either. About 100 metres into the walk along the lake I came upon a very odd sight. There in front of me was a tripod set up in the snow. No camera and no owner anywhere to be seen. Who does that? Set up a tripod and then walk away. 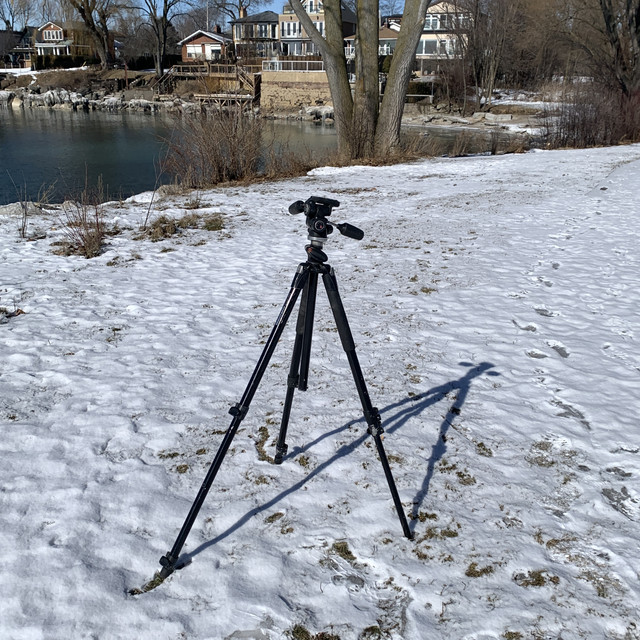 ….even being outdoors this flamingo insists on wearing his mask 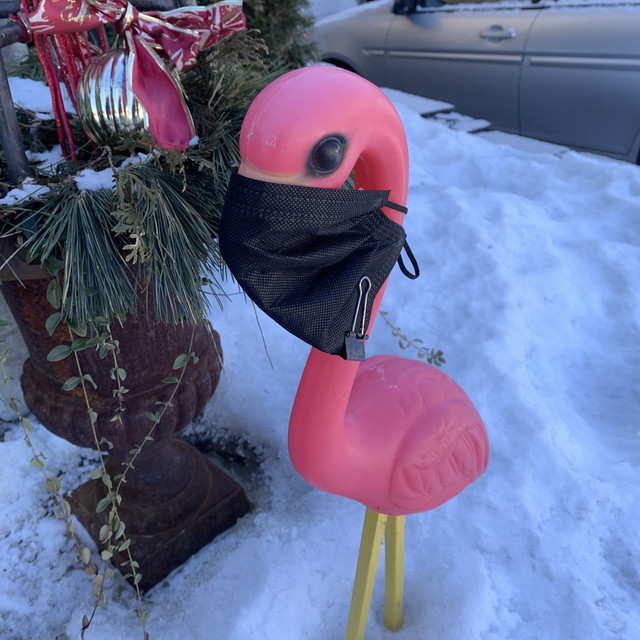 Thanks to Becky B for hosting Square Odds https://beckybofwinchester.com/2022/02/14/the-square-odds-14/