These are more items I’ve seen on our hikes and in the neighbourhood. Notice that there’s not one mask this week. 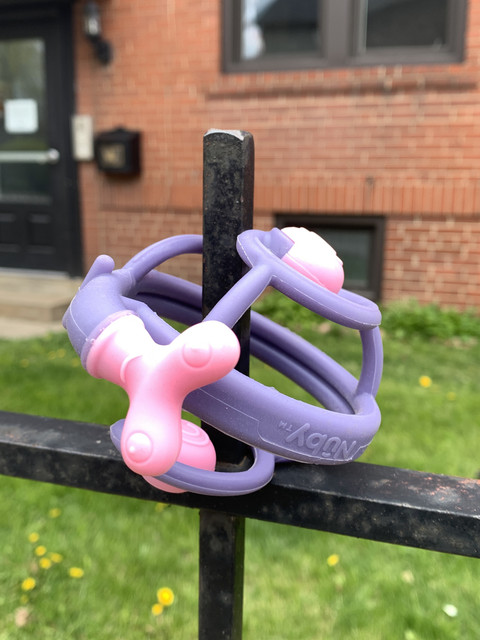 ….no masks this time but lots of mittens and gloves

It seems now that the snow has melted there are numerous lost mittens and gloves. The stuffed toy may not have been lost but it certainly was misplaced when it ended up on top of the lighthouse structure. Some kind people have taken the lost items and placed them on tree branches so that people might see them as they walk by and hopefully retrieve what belongs to them. 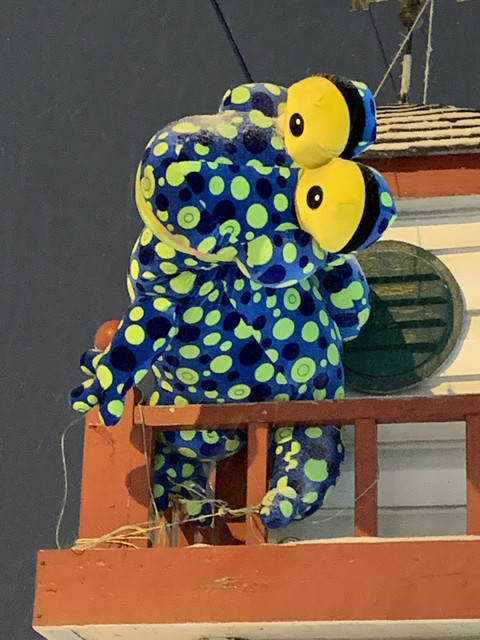 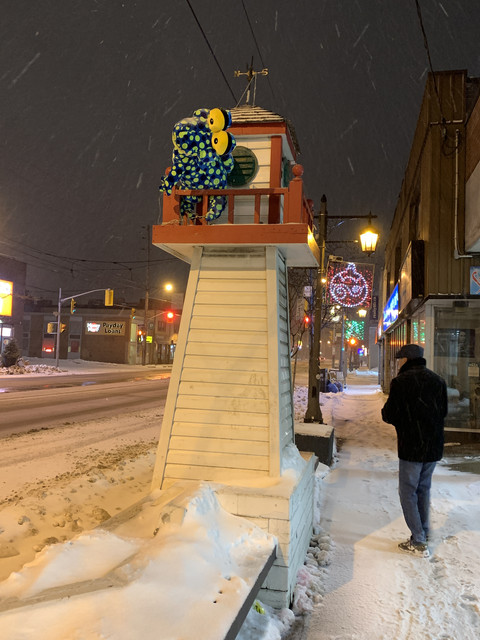 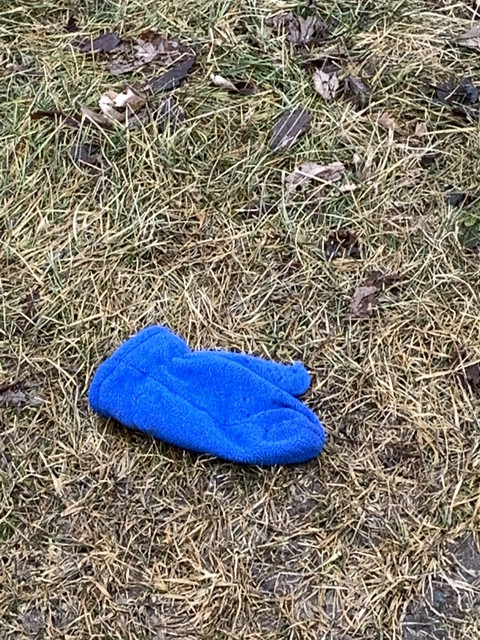 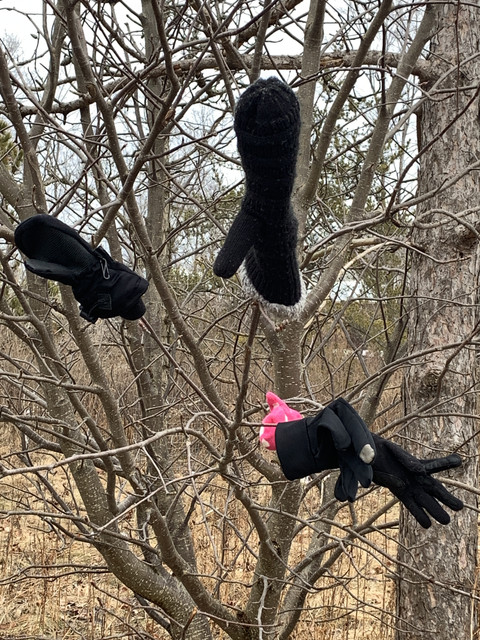 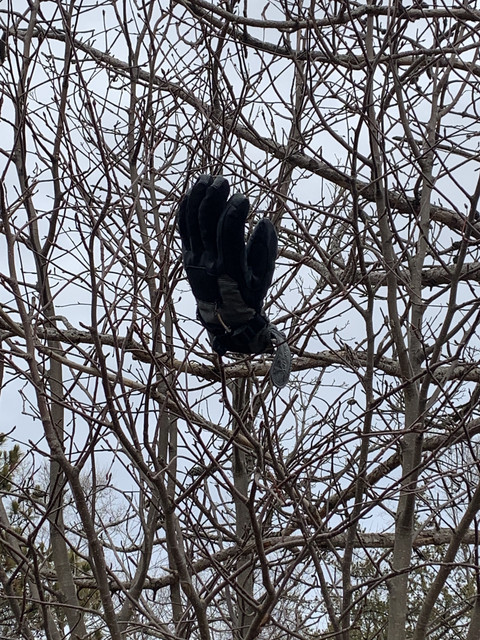 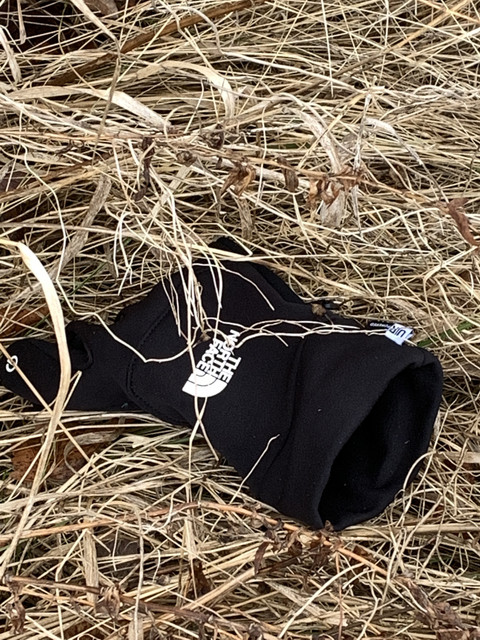 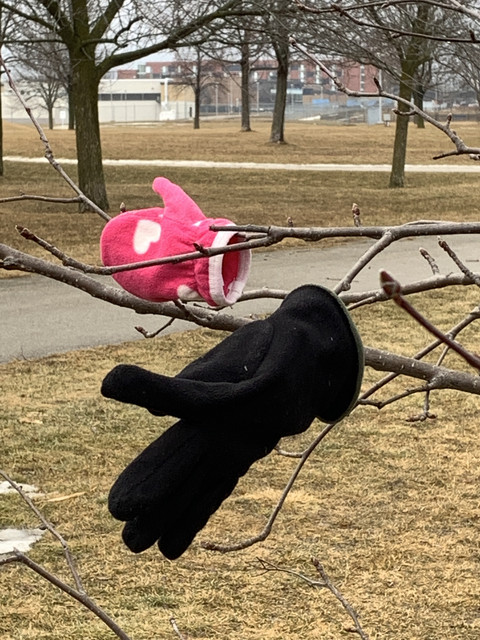 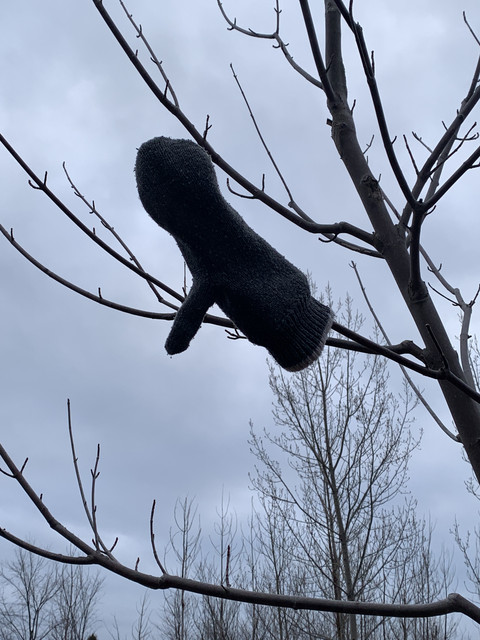 ….still finding masks but more winter accessories are showing up

Not so sure that this last one was lost because when came by later a couple of kids were playing with it.

…looks like people are dropping more than their masks these days 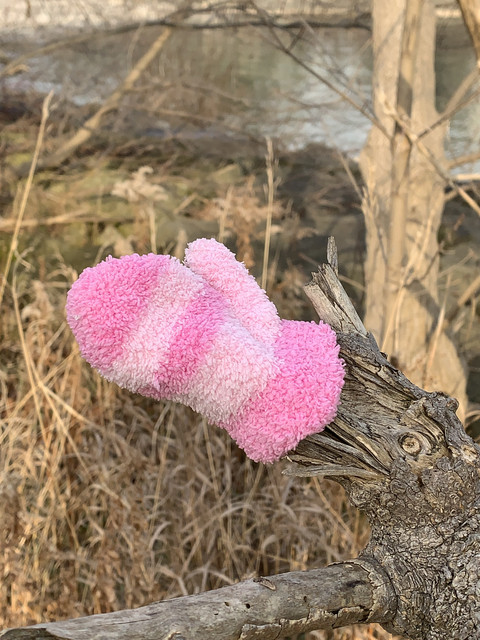 ….finding more masks and now gloves on my daily walks

When we first came up with the idea to photograph lost masks it seemed like they were everywhere. Now that we’re looking for them it seems that they are harder and harder to find and I guess that’s a good thing. On our most recent walk, however, quite a few popped up. Here are the most recent in my photo gallery of lost items. 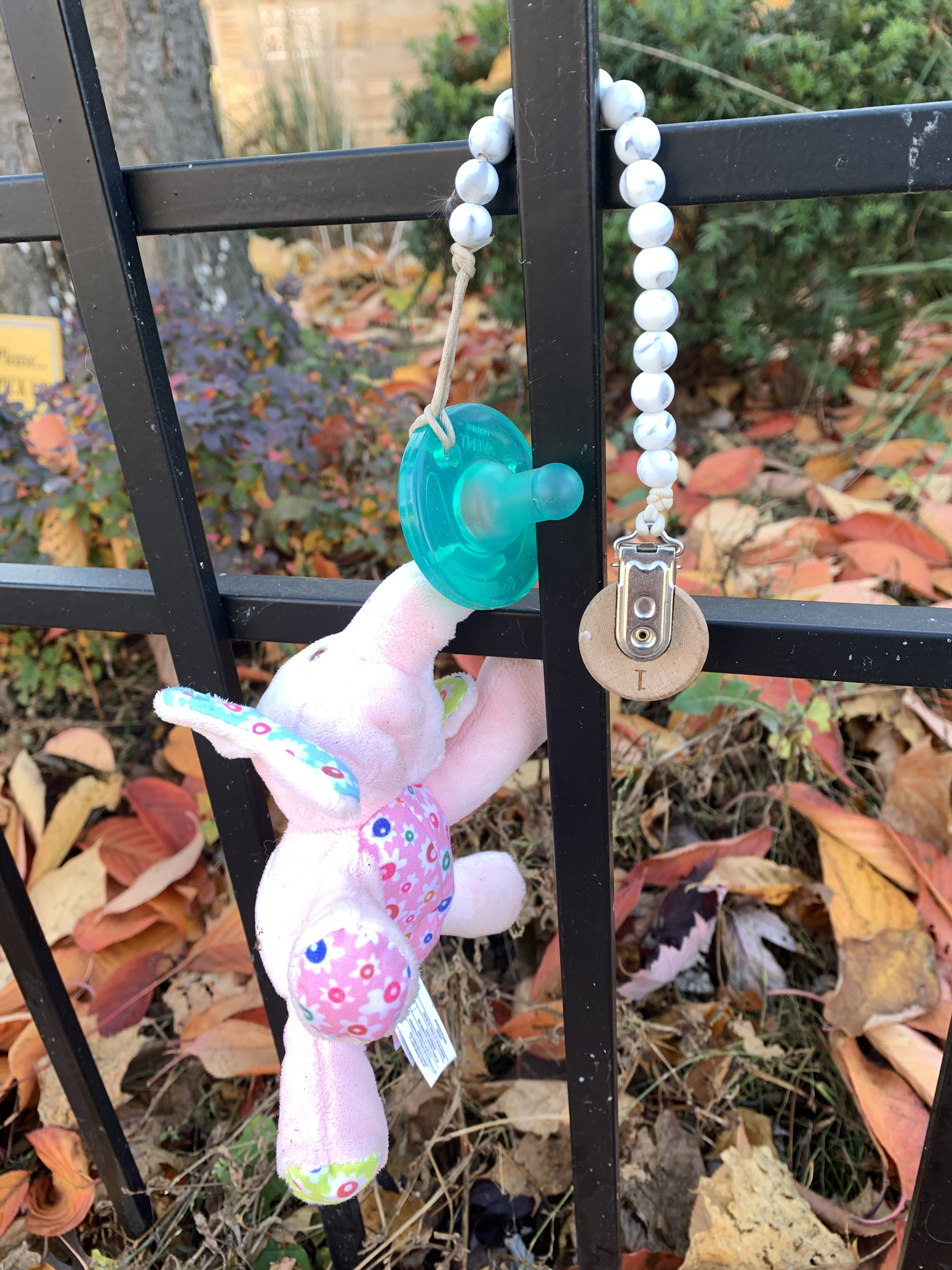 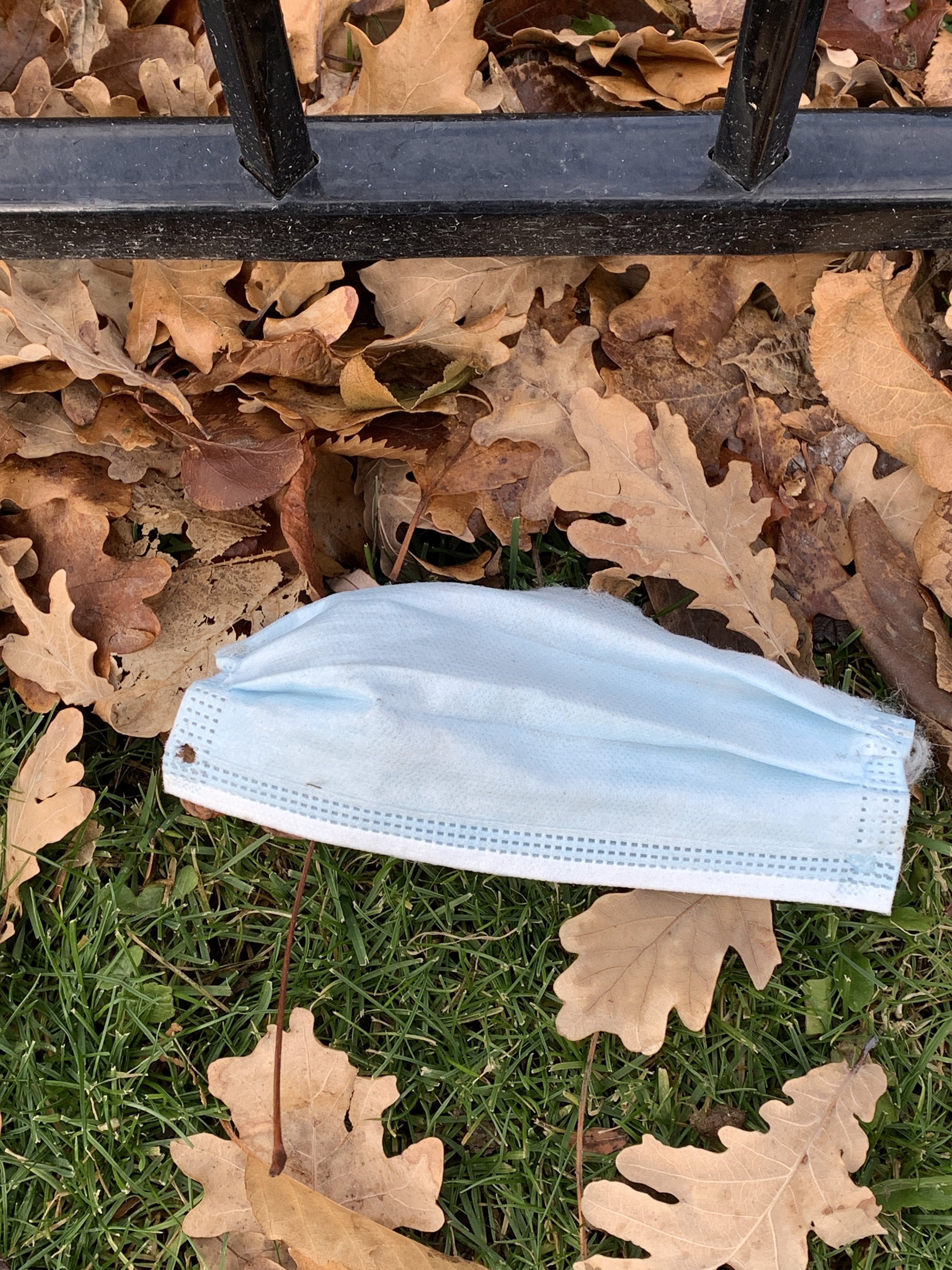 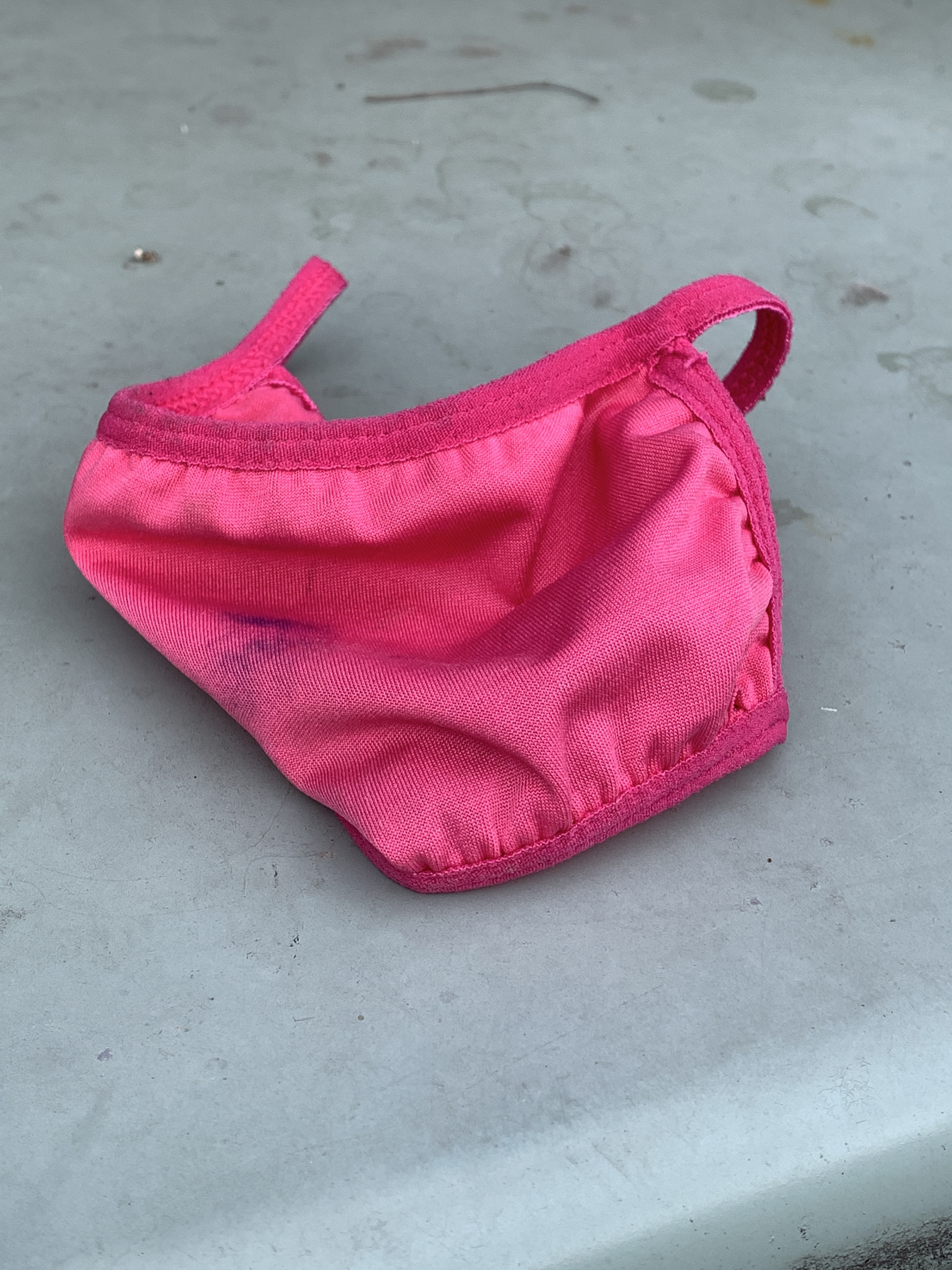 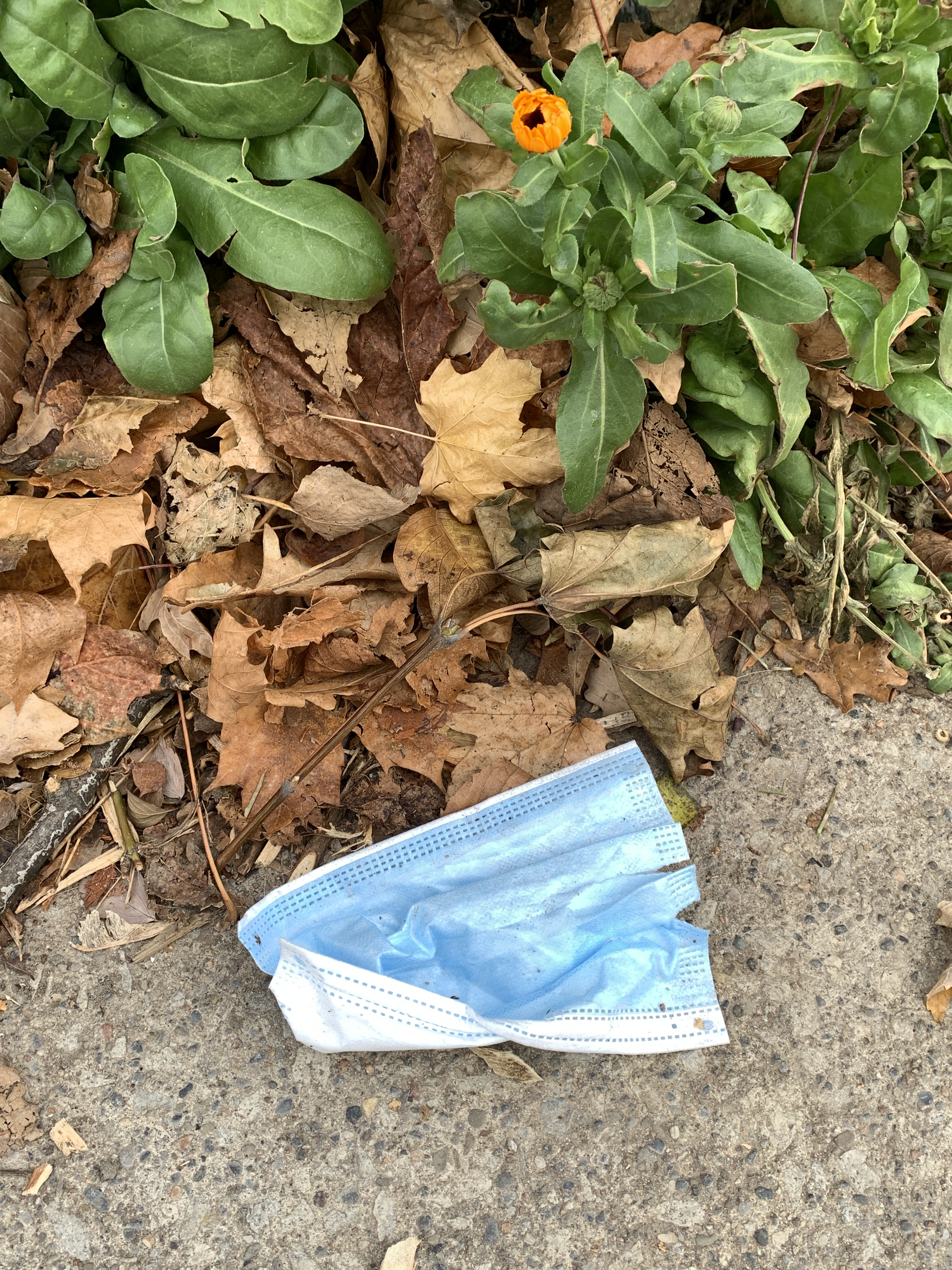 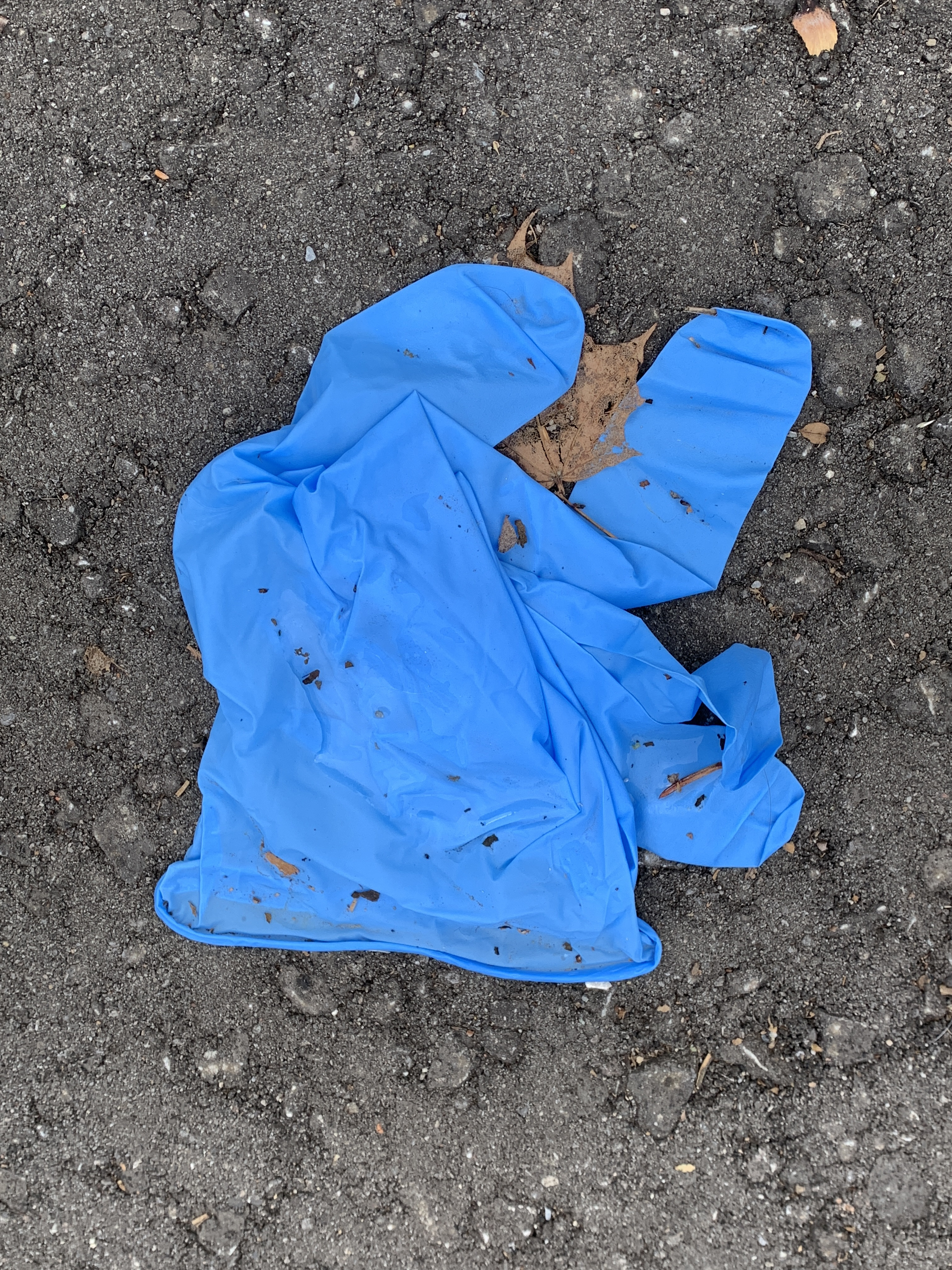 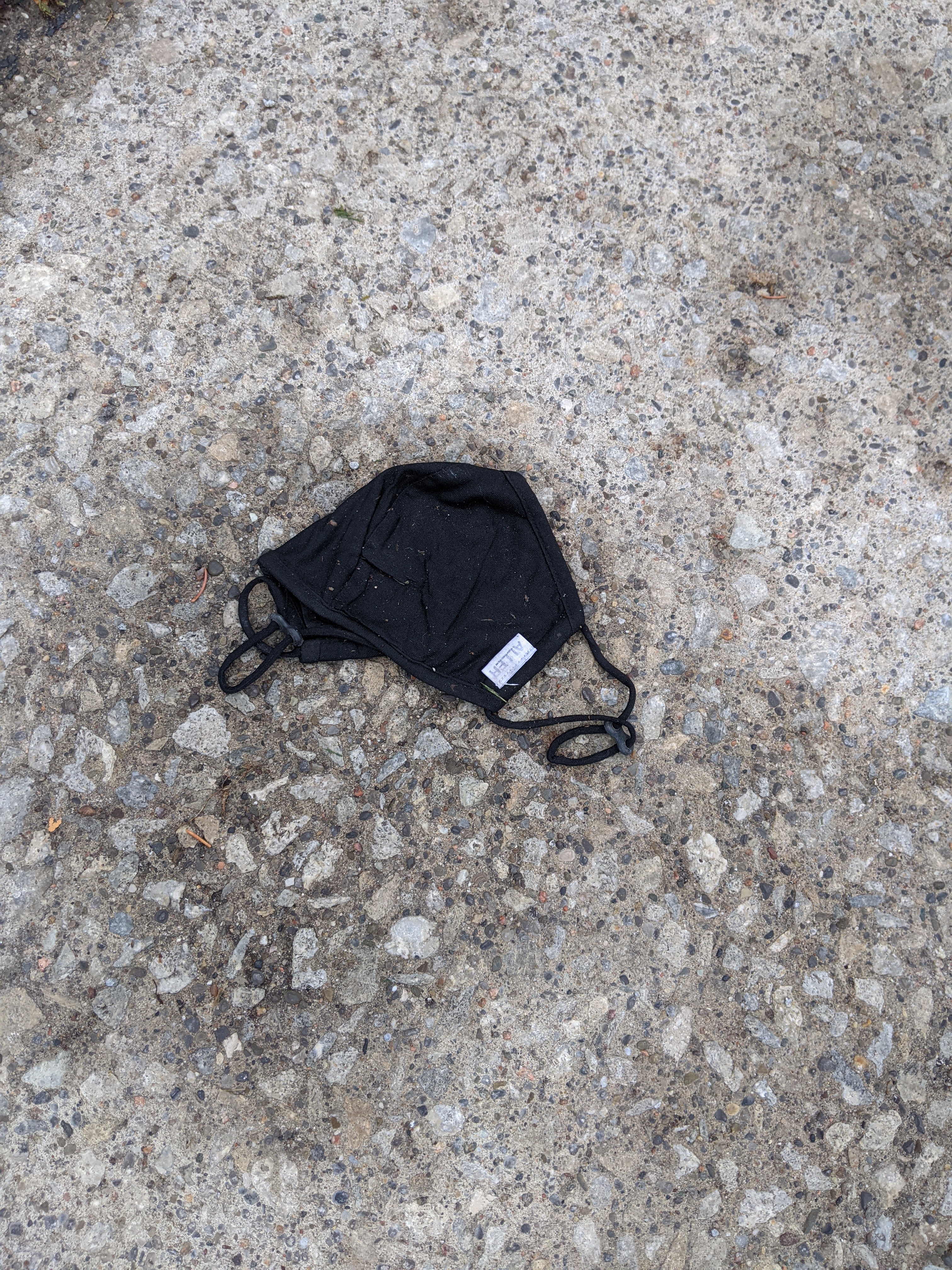 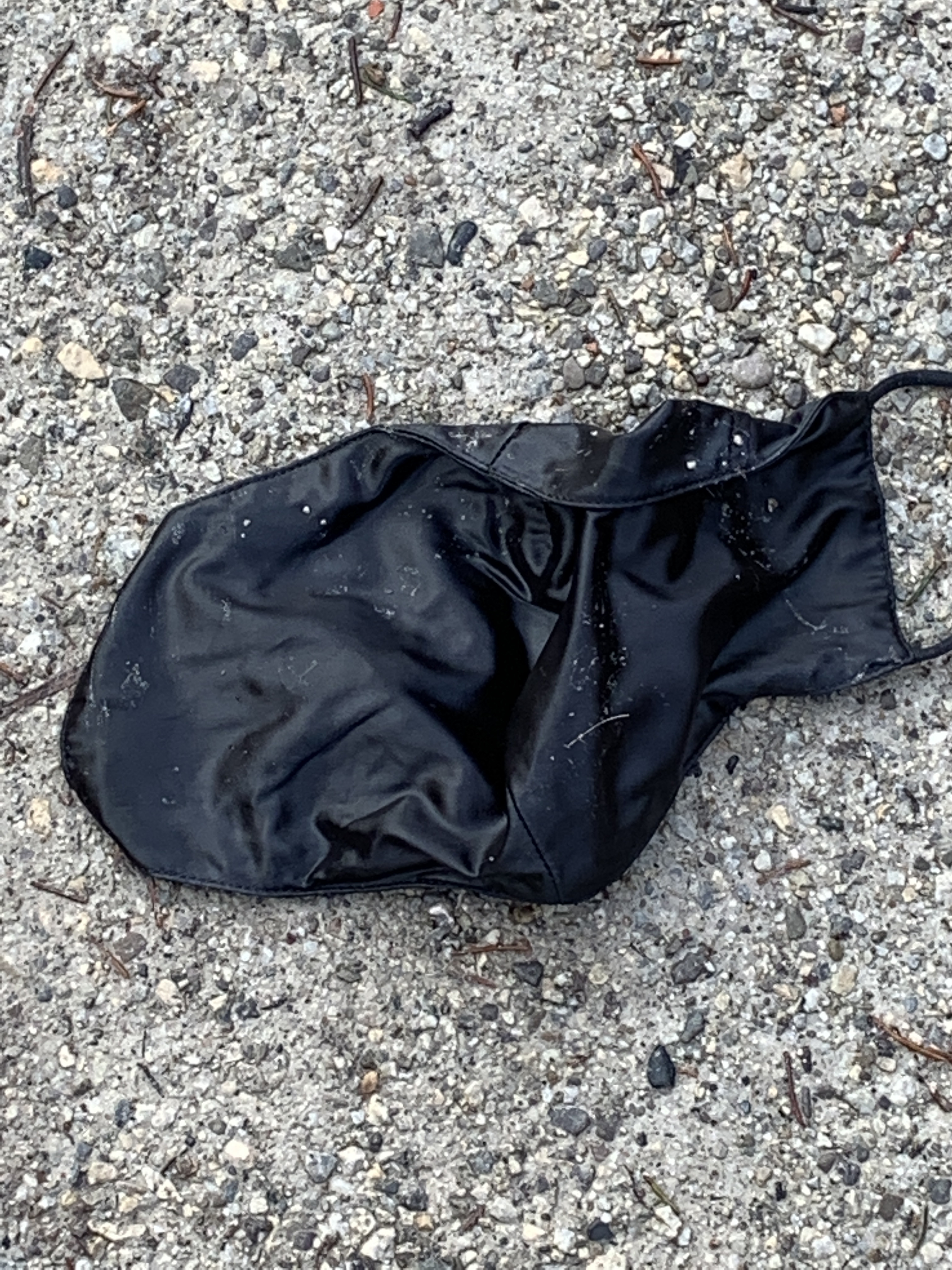 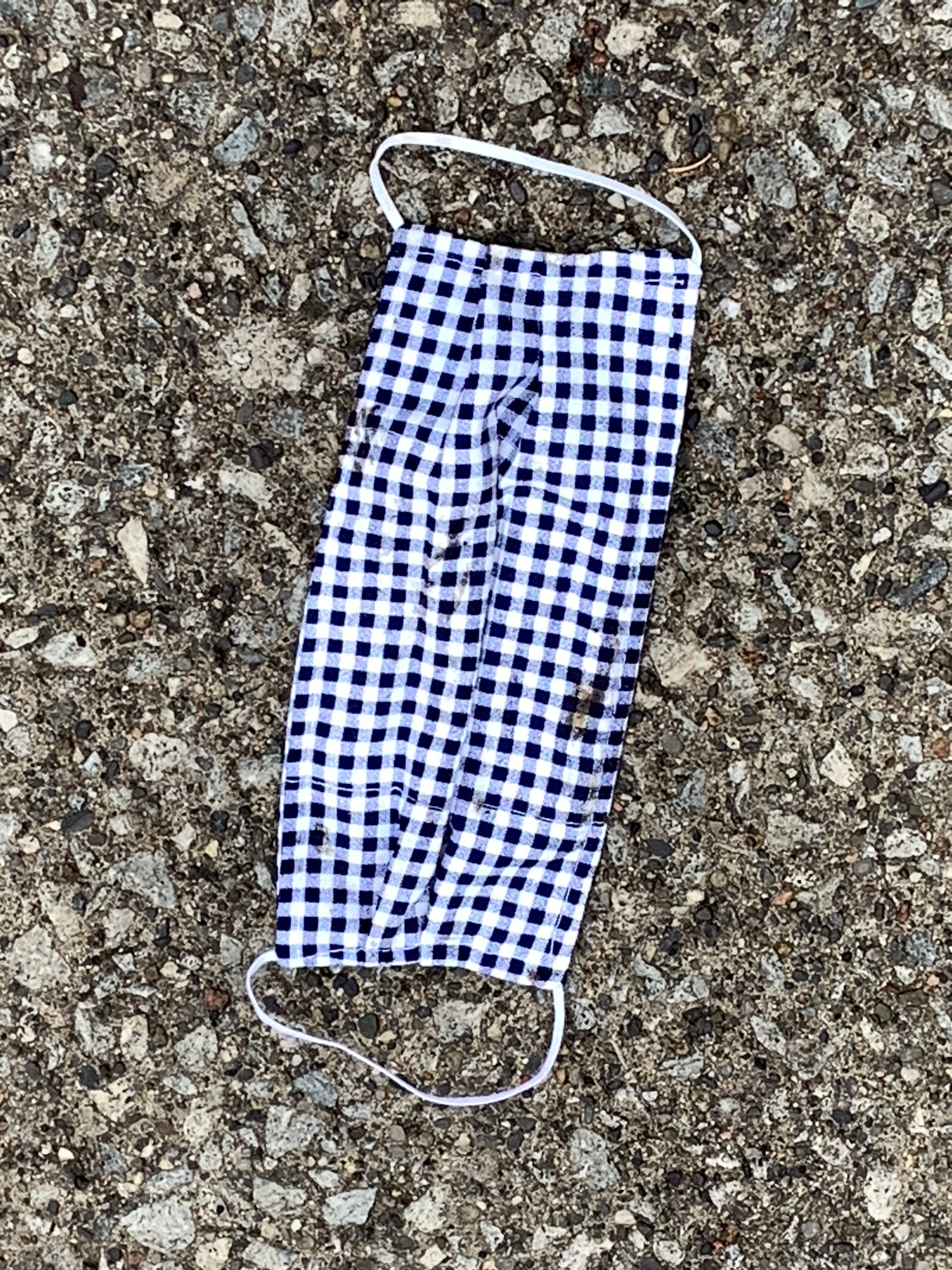 …thanks to Becky B. for hosting Square Perspective

I’m sure someone’s reading perspective will be out of whack without these readers. 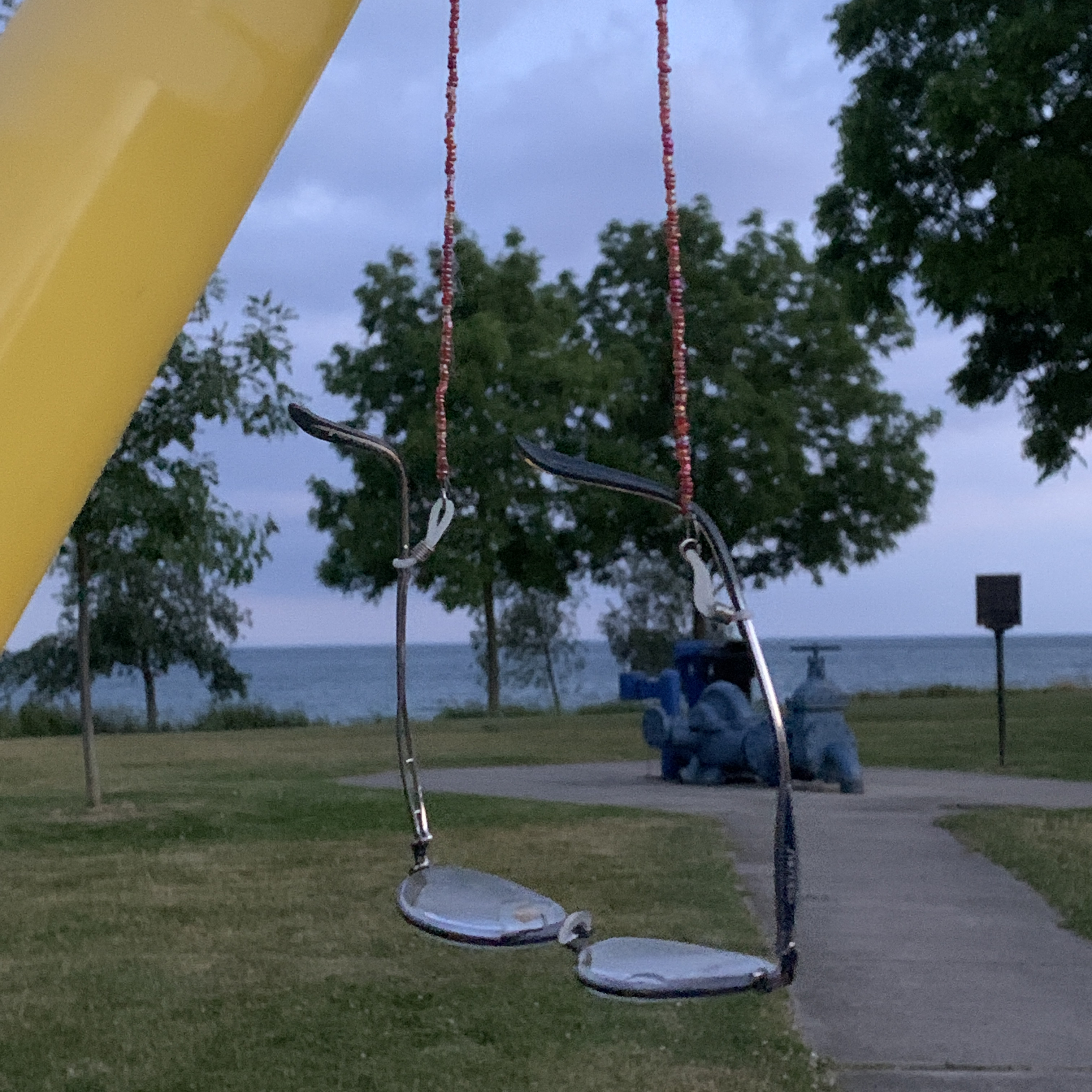 ….now if only I could do that every day or at least every other day

I started this long holiday weekend with a long, 8.6k walk. Last Sunday I managed two walks totalling 9.0k but in between I didn’t walk at all. Granted it was a busy week at school and when I was on yard duty I purposely kept walking for the entire 15 minutes. On Tuesday, Wednesday and Friday I was out with the girls for soccer practice and on Wednesday night I went with the junior choir to the baseball game at the Rogers Centre where they sang the national anthems at the beginning of the game. They sang beautifully but the Blue Jays lost miserably against the Cleveland Indians, 15 to 4. It was a very late night and I didn’t get home till 11:30. I was also out on Tuesday night with friends and on Thursday I had one final appointment with the oral surgeon after school. Everything on that front looks good and I’m ready to be fitted for my dental crown next week.

All of this of course is extra over and above my regular teaching day. I also met with the board designer to have the library measured up for some renovations and the assembly that I organized for this year’s Jump Rope for Heart took place Friday morning. It always feels good to be able to check another thing off the ‘To Do List’ this time of year.

This brings me back to walking. Last week I installed a new app onto my iPhone called Strava. It tracks my distances, times, calorie output and maps out the routes that I’ve taken. I just push start at the beginning of my walk and stop when I’m done. It does all the calculations for me. I love it and on Mother’s Day, A and J bought me an armband to put my iPhone into when I’m running so I don’t have to carry the phone in my hand or worry about it falling out of a pocket (if I have one).

If you click on the link you’ll notice that it calls my walk a run. I haven’t figured out how to change that to walk but I did for the first time in a long time run part of today’s walk. It wasn’t far, maybe 1/2 a kilometre but it’s a start. During the walk I stopped a few times to take some photos of the birds in Sam Smith Park. There’s a bird sanctuary there and it is nesting season so there’s lots of activity there. One of the highlights for me on today’s walk was seeing one of the male swans building up the nest and the female sitting on her eggs. It was a bit cool today so she never got off the eggs but the last count had her sitting on five eggs.

I have to admit that I got a bit carried away with today’s walk and completely lost track of time. I was gone for over two hours and my husband called me on my phone to make sure I was okay. The nice feature about Strava is that is only records the time you are actually moving.

When I did finally get home it was time for lunch and then I spent about two hours working in the garden. Our beautiful White Pine has died and it is slated to be cut down in the near future. One of the jobs that I tackled today was removing the river rock that surrounds the tree. We’re having the stump removed right away so everything around the bottom of the tree has to be cleared away. It’s a much bigger job than I thought and I’ve only removed about half of the rocks. My husband was building a new raised garden bed today so I volunteered to start tossing rocks (literally tossing them across the path and into the side garden).

Here are a few more photos from my morning walk. Enjoy!

….I imagined the worst

The school day had barely begun. I was in the library getting ready for my first class when AM paged me from the office. My neighbour was on the phone and had our dog, Frances, in her house. K was nowhere to be found. I had the call transferred to my office and spoke directly to N. Apparently she found Frances sitting on the front lawn and she was quite upset.

It seemed like forever but in reality it was only 15 minutes. My colleagues encouraged me to drive home to find out what was happening. When I got in the car and started on the short trip home (15minutes) I started to think the worst. What if he’d fallen down the rocky edge by the lake? Maybe he’d suffered a heart attack and was lying on a path less travelled. I didn’t know what to expect when I got home.

Half way home my phone rang. It was my husband. He was fine, just a little shaken up for having lost Frances. He let her off the leash while he ran along the lake and normally she runs along side him and occasionally checks out a path here and there but always pops back up and joins him.

For some reason, today Frances lost track of K and when she didn’t see him she ran home. K thought that she had passed him at some point so he turned around and ran back to where the path ended. He found some other dog walkers and they tried to help him find Frances. When he couldn’t find her he was beside himself with worry. He finally decided to run home.

As he got closer to the house he could hear her barking. He found my two neighbours outside the house and Frances was already inside. Needless to say K was very relieved. The problem was that at this moment in time I didn’t know that he was okay.

Did he call me right away to let me know he was home? No! He went back to the park to let others know that the dog was safe and sound at home. When he got back home the second time he called the school but I had already left. He told me later, very apologetically, that it had never occurred to him that I would be worried about him. Hmmmm! What can I say? I love him and I’m relieved that he’s okay.