….a wet night but that didn’t deter the trick or treaters

The weather for Hallowe’en was suppose to be so bad that there were parts of the country that were talking about postponing Hallowe’en night. Here in Toronto it was decided to leave Hallowe’en as is. We all have memories of going out on rainy and sometimes snowy nights to fill our bags with sugary treats. Back in the 50s crepe paper costumes were all the rage and I remember wearing one on a very wet night. Needless to say the costume fell apart and I was covered in dye that bled from the costume.

We never get a lot of children coming to our door. We are at the bottom of the street and many of our neighbours don’t turn on the lights or are purposely out for the evening. There are about five houses that always make an effort to decorate the yard and/or put out a Jack o Lantern. This year was no exception but it rained very heavily for most of the day and well into the evening. There were brief periods of time when the rain subsided but it kept returning and later in the evening the winds really started to kick up.

The surprise this evening was that the children and their parents came out in droves. Many carried umbrellas, some were driven from house to house but most of the children walked. At first it seemed like Hallowe’en night was going to be a bust but at about 6:45 small groups of kids of all ages started to appear at the door.

Normally we only get 15 to 25 visitors on Hallowe’en but tonight we had a record number of 62. I ran out of chips (56 bags) and only had 6 chocolate bars out of 120 left over. The only downside is that there is no candy to munch on for the next few days, especially since we don’t have any young children living at home any more. In hindsight it’s probably a good thing.

Here are a few photos of some of the decorations in the neighbourhood. 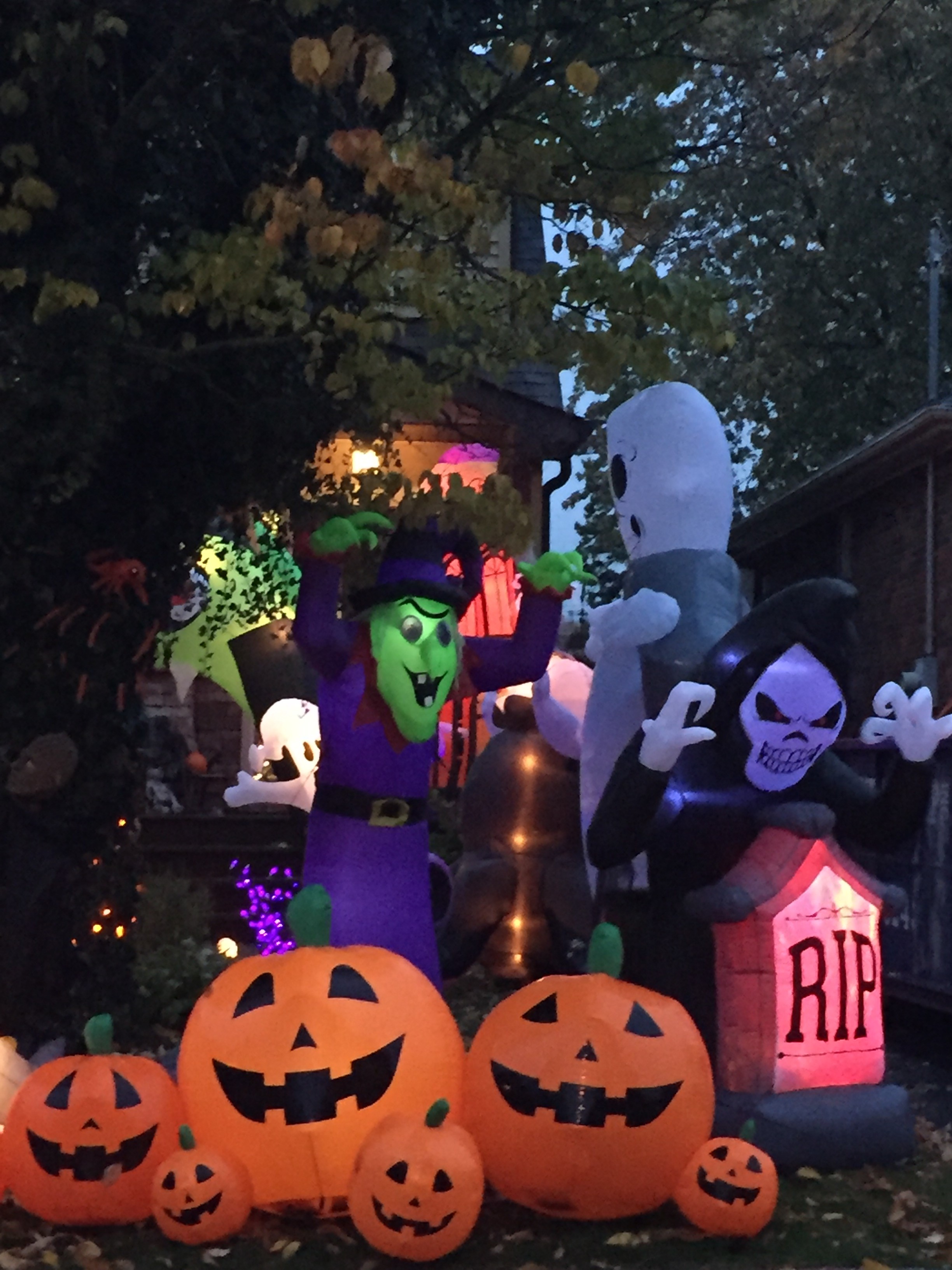 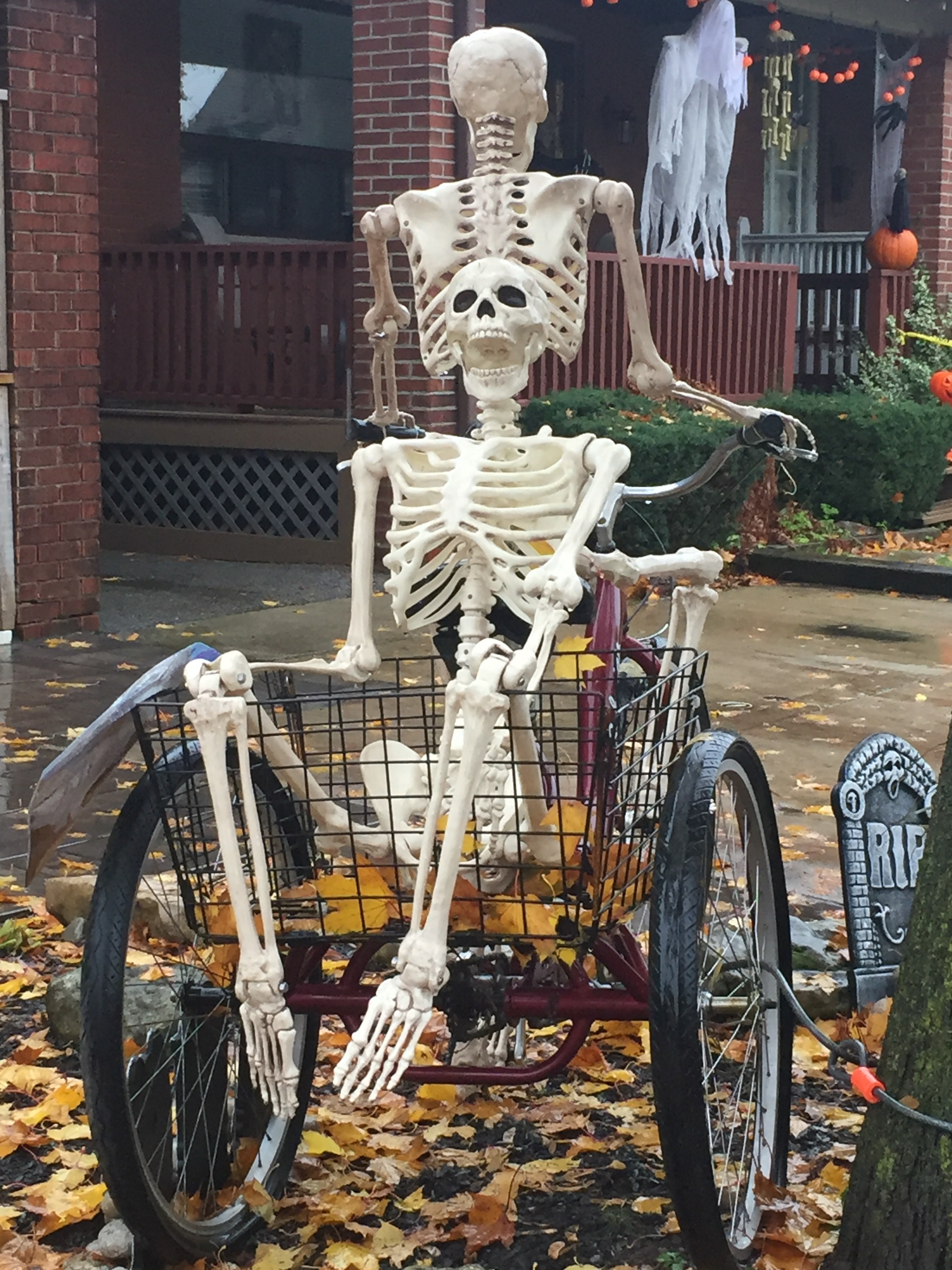 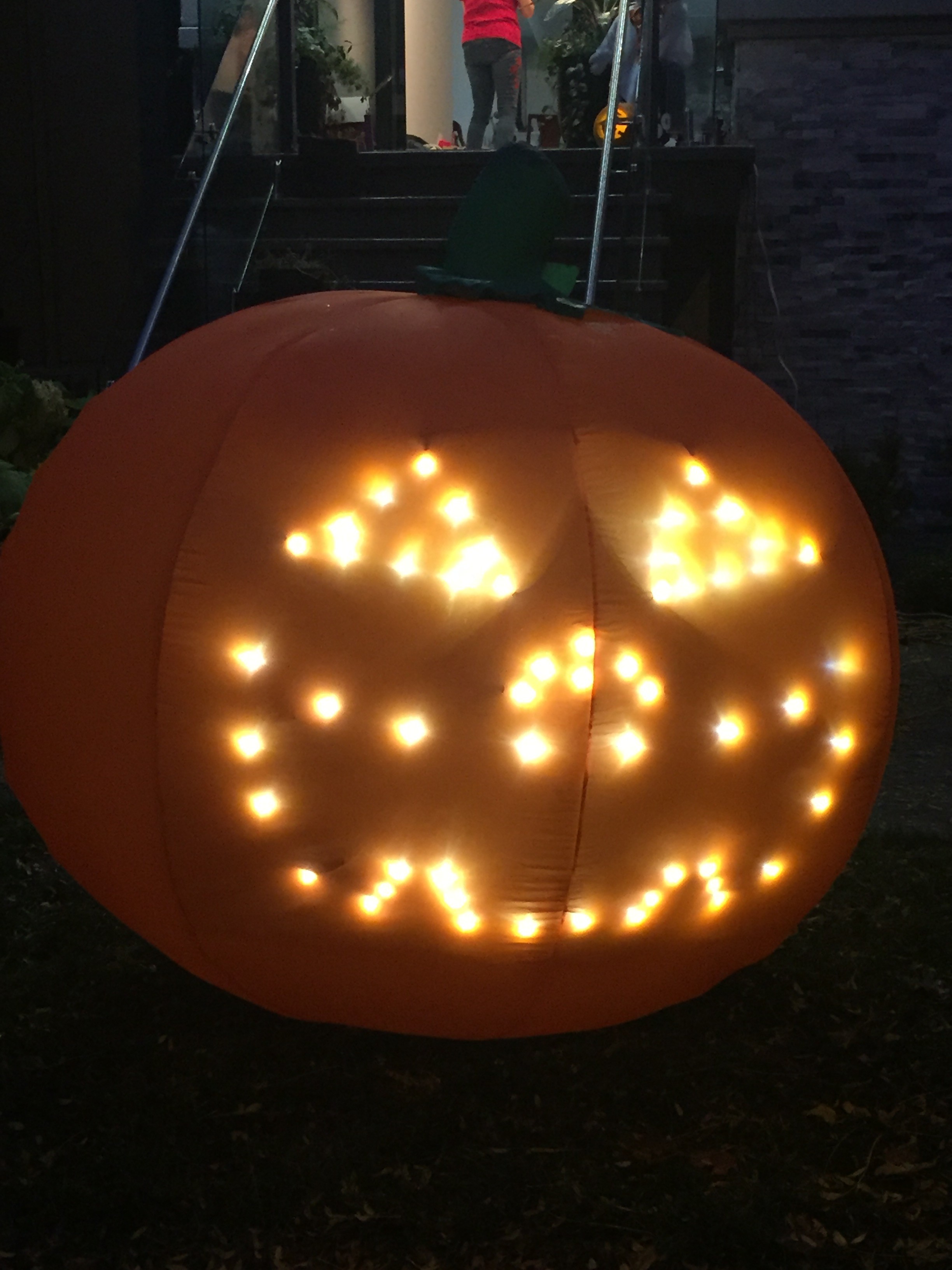 Our pumpkin this year was a happy fellow and some of the kids allowed me take their photos. 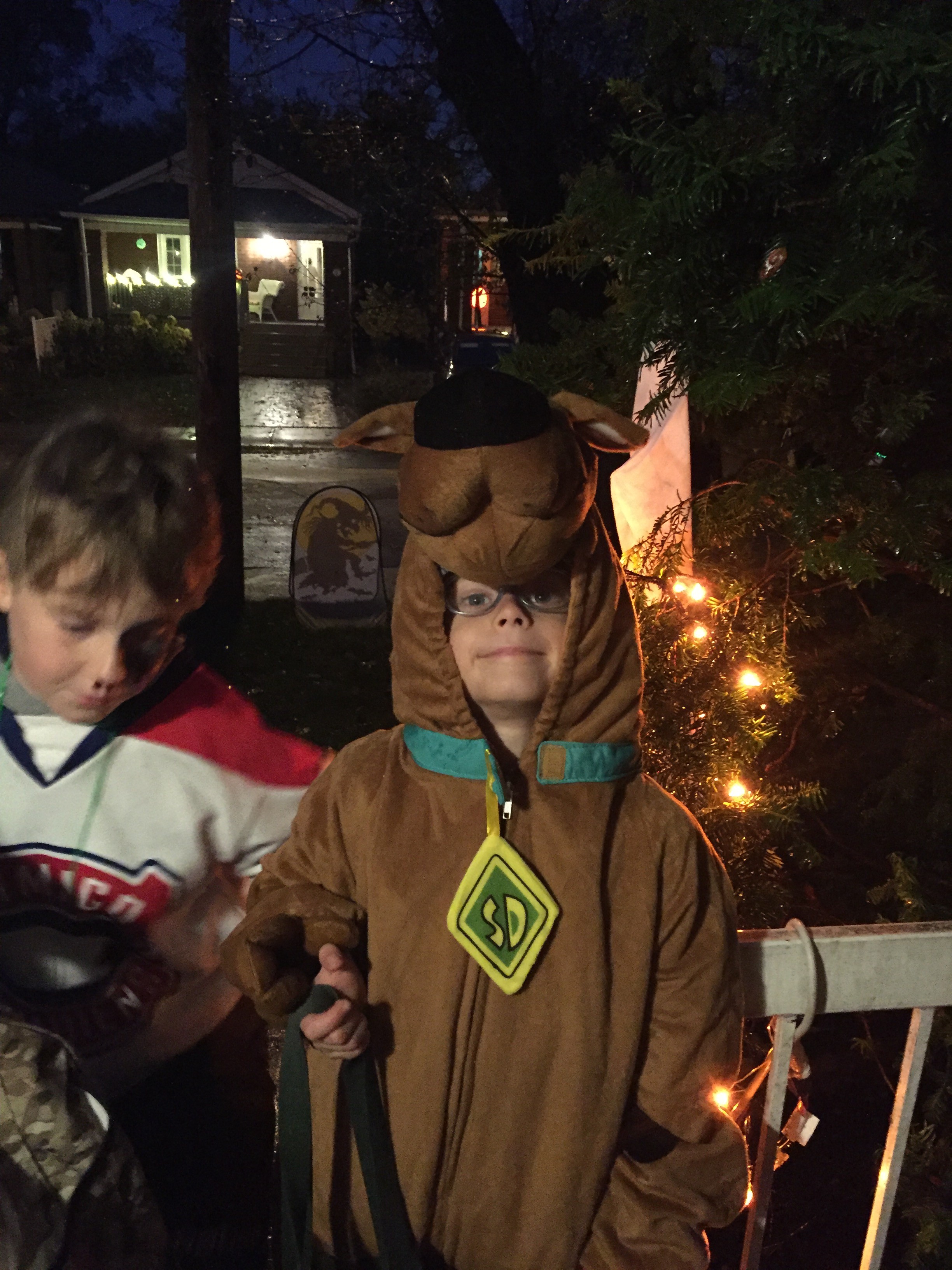 Our granddaughter is posing next to her father’s amazing pumpkin. She was suppose to dress up as Belle and that’s why the pumpkin was carved in the Beast’s likeness. As you can see Winnie had other ideas and wore her Owlette costume from last year. My theory is that because her father dressed up as Spiderman she also had to wear a super hero costume. 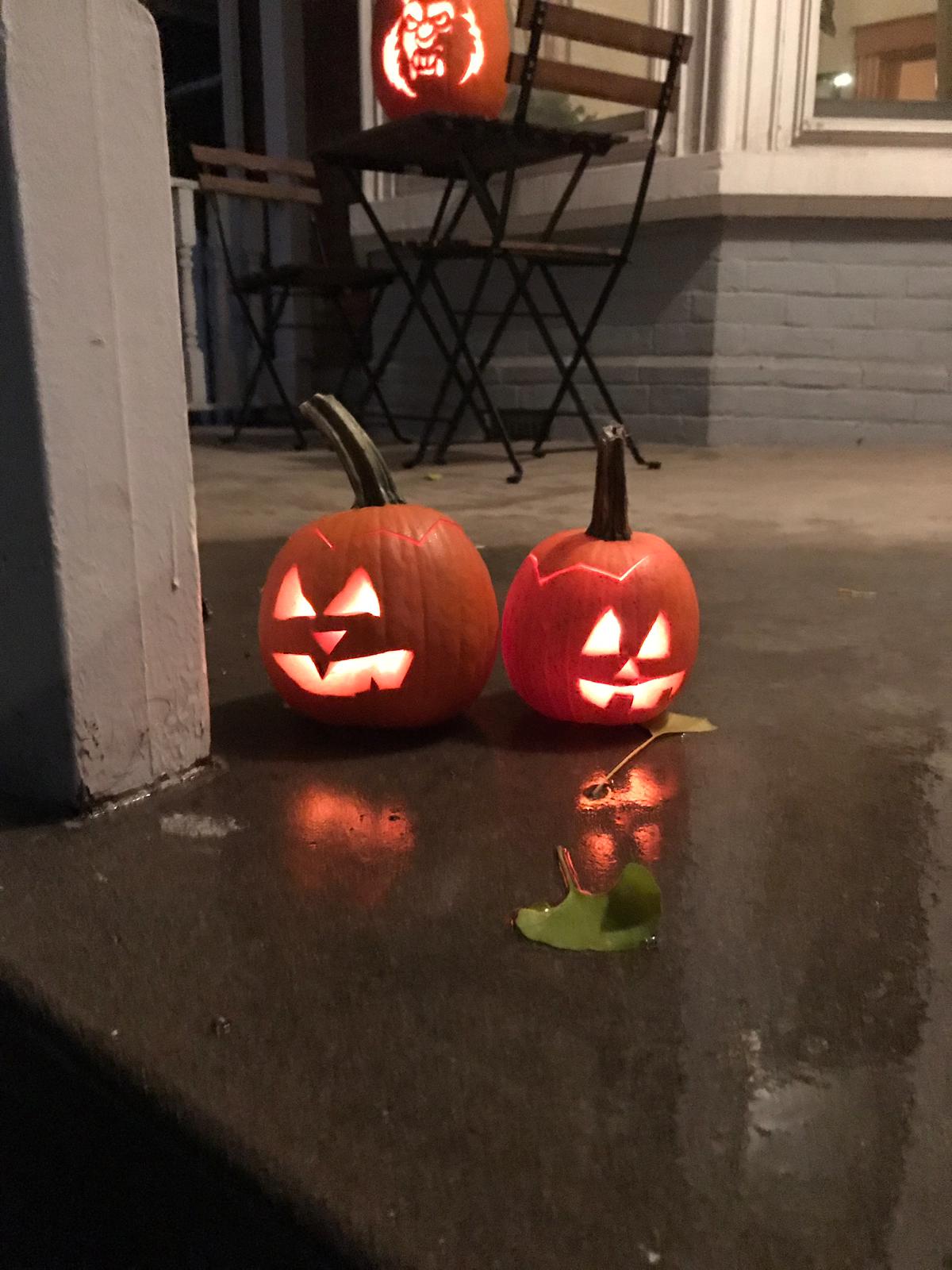 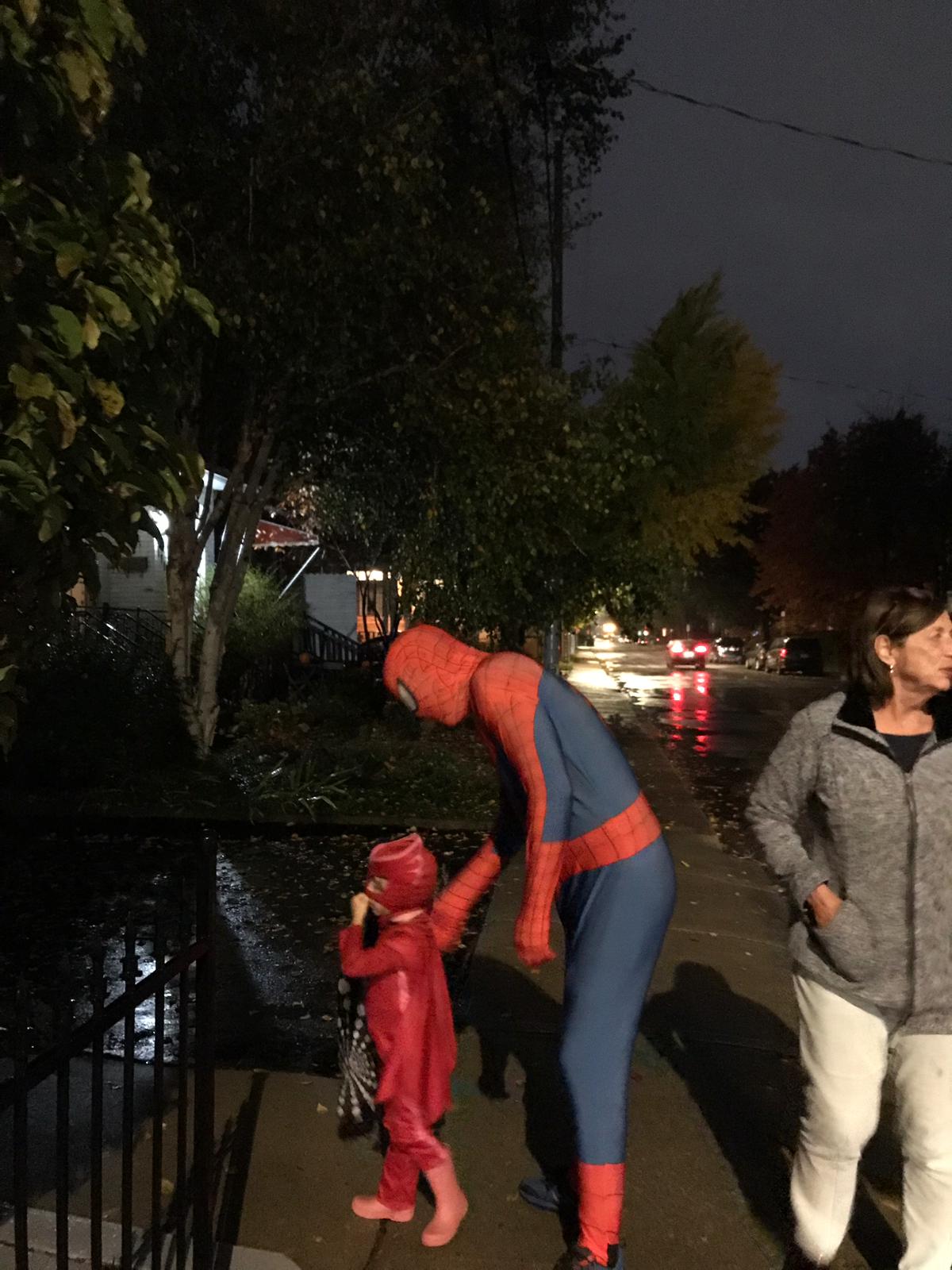 You can see that it also rained in Hamilton but that didn’t keep Winnie from bringing in this large haul of goodies. 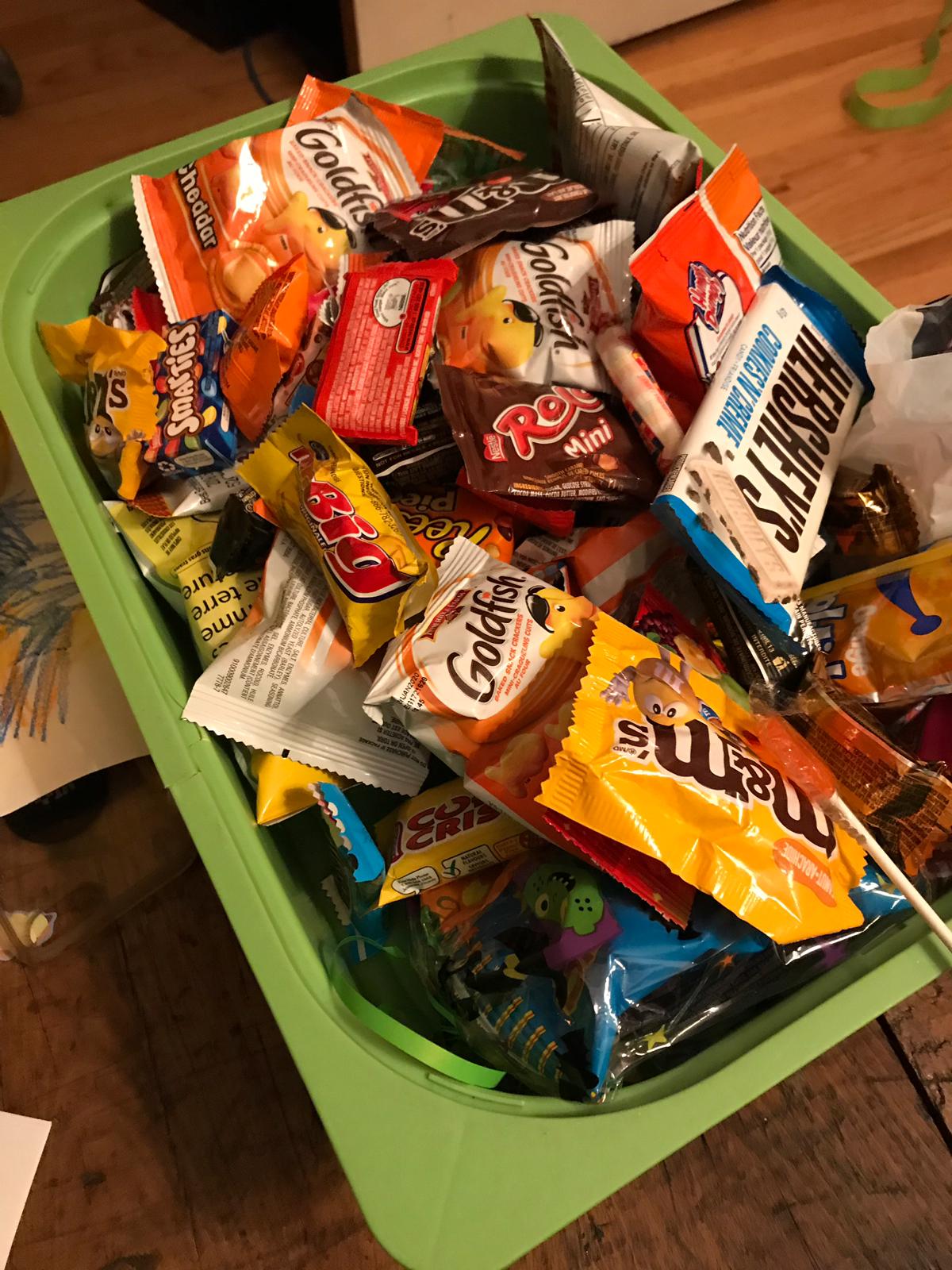