….and capturing all these wonderful shots with my zoom lens

Yesterday was a wonderfully sunny day and I was hoping the the turtles would be out, sun bathing on the logs in the pond. I wasn’t disappointed.

After I left the turtles I came across a few more critters.

Last year the turtles in the pond over at Col. Sam Smith Park were nowhere to be seen. Yesterday I decided to vote early for the upcoming Provincial election and I decided to take the scenic route through the park to my polling station. As I got closer to the pond I heard a few boys shouting to one another and one of them mentioned he was on the Turtle Path. This name was new to me but I decided to turn left towards an opening in the pond to see if the turtles had indeed returned.

To my absolute delight, did I not only see one turtle but at least a dozen of them in all sizes. Another woman was also viewing them and we started to talk. She confirmed that they weren’t around last year. I asked her if they were painted turtles (she seemed to know quite a bit about these prehistoric creatures) and she said they were. She also told me that she had just come across a huge snapping turtle on the side of the pond. I decided to save this for another day. I’ll make sure to bring my camera with the telephoto lens.

…sun bathing in the pond at Col. Sam Smith Park in south Etobicoke (part of Toronto) 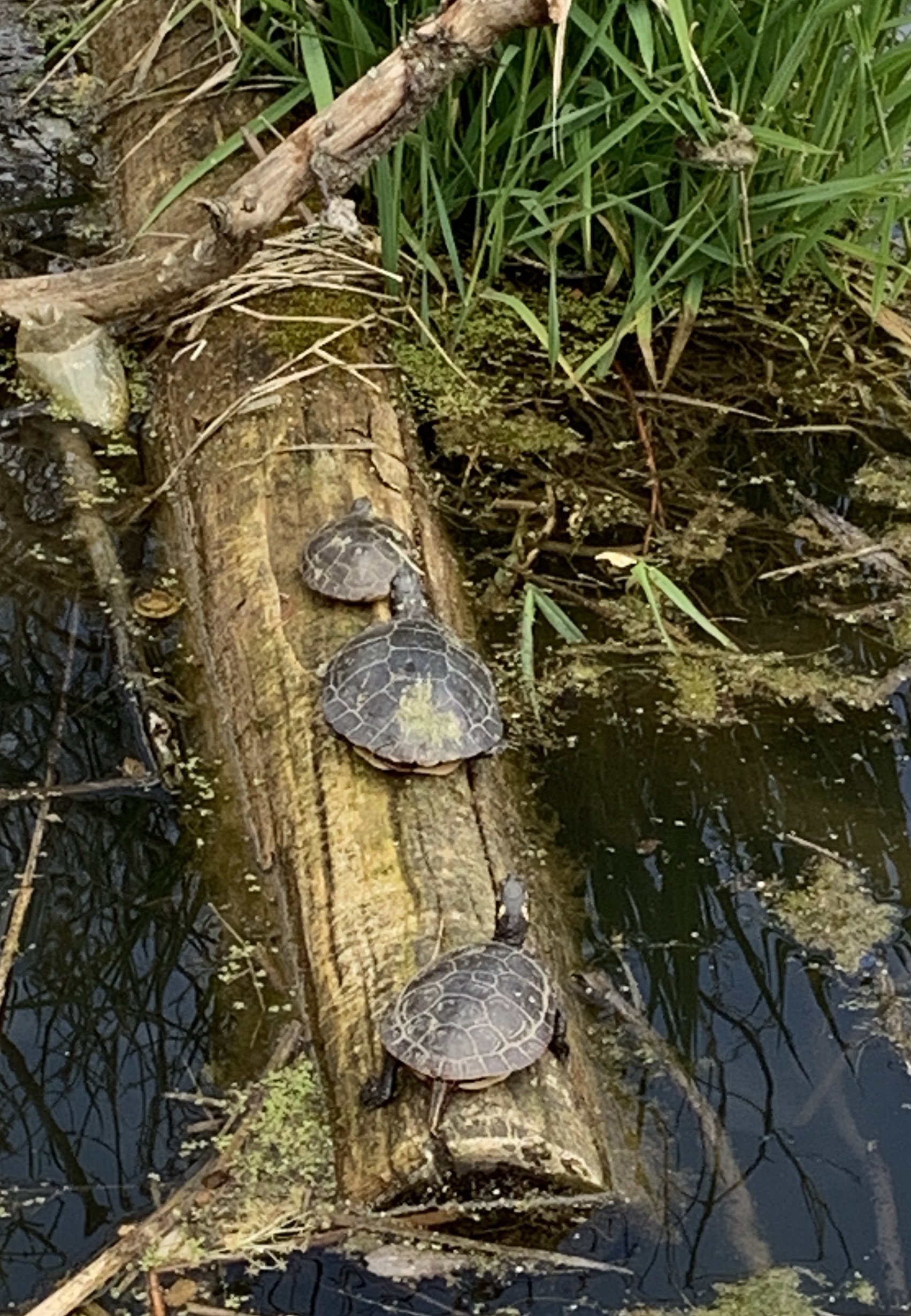 …Roda has brought back her Critter Connection on Mondays