…thanks to Granny Shot It  for hosting the Eleven Day Challenge 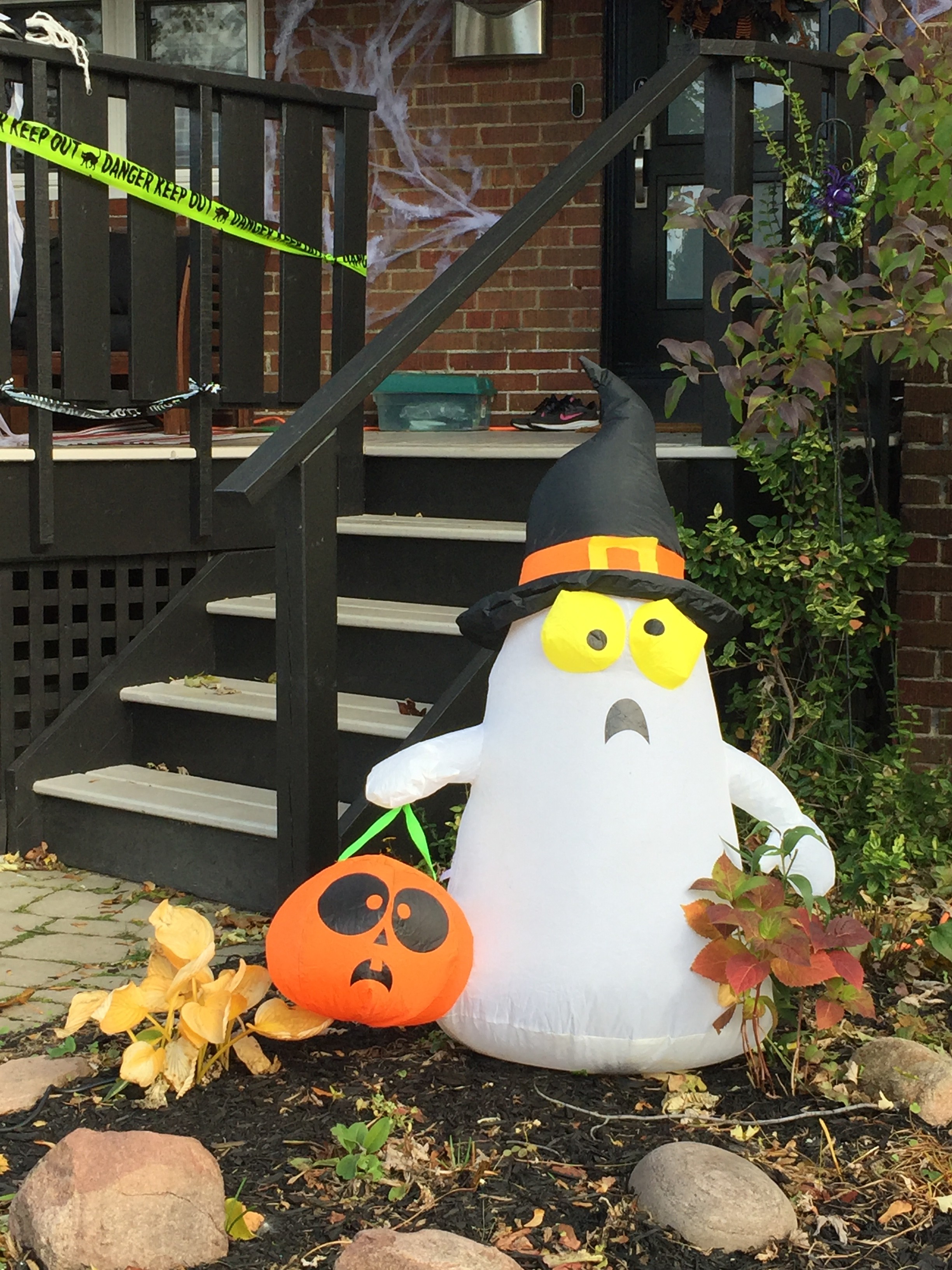 Walking around the neighbourhood before Hallowe’en night I noticed that more and more people are decorating their homes using inflatable monsters, pumpkins and ghosts.

But the best inflatables were the costumes. This one taken at school was the best.

On Hallowe’en Day we had our traditional parade at school. Students and teachers dressed up for the occasion and parents watched from the sidelines.

On Hallowe’en evening the conditions were perfect. There were lots of children and parents on the street but very few crossed the intersection to make their way to our block. We even walked out to the sidewalk and hailed people to walk a little further. It was tough competing with the flaming pumpkins up the road. Three pumpkins were hollowed out, carved and then doused with kerosene. Someone said that there were toilet paper rolls inside the pumpkins.

….every year the parent council at our school hosts a Fun Fair for the children and the community

The big difference this year was that I was asked to help promote the sale of wristbands by agreeing to be dunked in the dunk tank if sales reached a certain level before the actual Fun Fair. Well, apparently a record number of wristbands were sold so I was destined to ‘go down’.

This year a photographer from the local community paper showed up and wanted to photograph me and some of the other fun activities that were taking place that day. I wasn’t too concerned about appearing in the paper because from past experiences I know that many photos are never used and sometimes no photos are used to cover a story.

The Fun Fair took place on Saturday, May 30th and I was literally in the dunk tank for only seven minutes.

When all was said and done I actually enjoyed the experience and didn’t think twice about the photographer who took photos of me. The ones on this page were taken by one of the parents on my iPhone.

On Thursday, as I was leaving the school, MP ran over to me to tell me that she just got a call telling her that my photo had appeared in the paper. I heard from two more people later that evening that they saw my picture. Unfortunately I don’t get that paper in my neighbourhood so I’m hoping the someone will send it to me.

As for the rest of the Fun Fair, everyone seemed to have a great time. The weather cooperated for most of the day. Towards the end the heavens did open but the fair was coming to a close anyway and people moved to the indoors where more activities were taking place. It looks like the fair was a huge success and even though it’s not meant to raise a lot of money, a lot of money was raised.