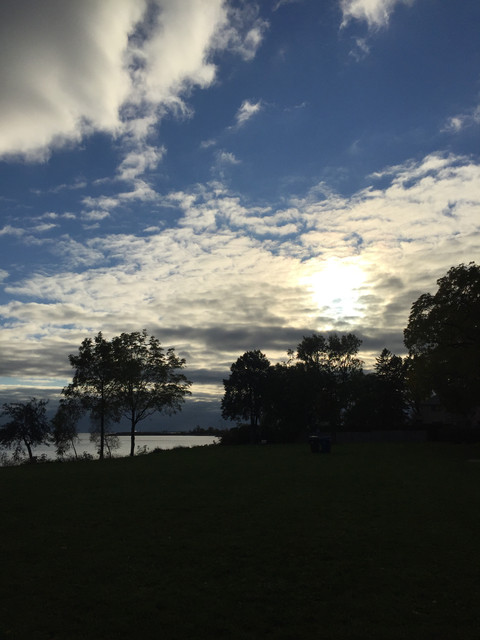 My neighbour’s tree is getting a trim. I watched this guy maneuvering his cherry picker for over an hour. 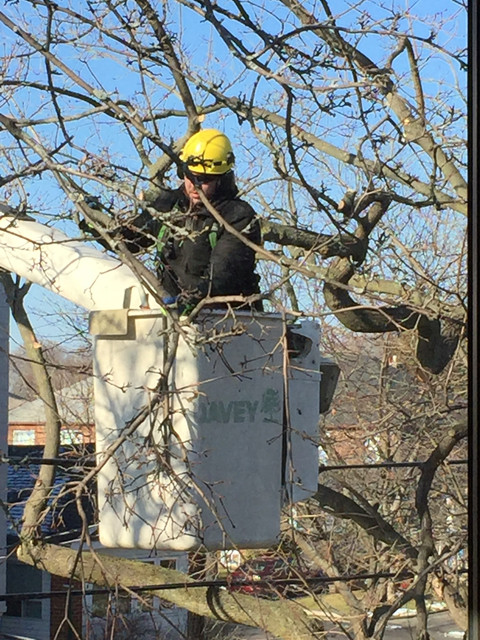 A few days ago I told you about our plumbing problems that occurred on Boxing Day. Well our plumber finally arrived early in the morning on New Year’s Eve and I mean early. At 7:00 a.m. I woke up to the sounds of a shovel hitting the asphalt on my neighbour’s driveway.

I knew that Joe the Plumber was going to start as early as 8:00 but my husband and I and our neighbour were surprised to see him out there digging up the dirt by hand an hour earlier than expected. The sun had barely risen and according to my husband his truck was in front of our house quite a bit before 7:00.

In case you had forgotten we had water backing up through the sewer pipe every time we used the washing machine, the dishwasher or took long showers. When the camera went down the pipe we were informed that the pipe at the Y junction had collapsed and needed to be replaced. Only small amounts of water got through and all the waste materials were building up in the pipe. The unfortunate part of all of this was that the break was under my neighbours driveway.

After about five hours of digging by hand the problem was resolved. The broken pipe was removed and replaced with a new piece and the hole refilled. In the spring we’ll have to repair the asphalt on our neighbour’s driveway but for now it looks neat and clean. It was a very costly but necessary repair. What a way to end 2018 but we’re grateful to guys like Joe who come out to do that kind of work all year long. 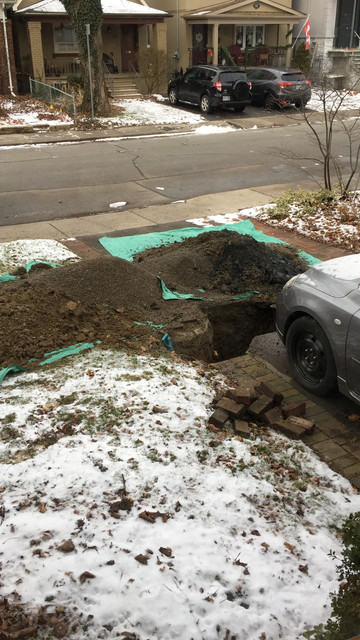 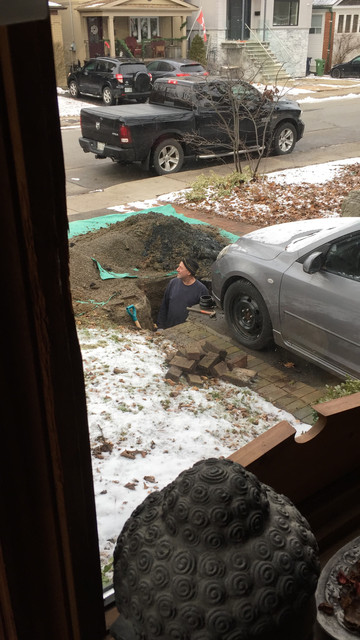