On Monday my father turned 93. He’s quite amazing. He lives with us but in his own apartment where he does all his own cleaning, laundry and cooks all his meals. He recently acquired a motorized scooter that he uses to get around and do his shopping.

Twice a week he goes to the senior’s centre where he plays cards and he enjoys walking to the lake where he feeds the birds and sits and takes in his surroundings. He speaks to everyone and loves to engage in conversation.

This year our daughter-in-law picked the restaurant because that’s what she wanted for her birthday which was in July. It happened to be a seafood restaurant and my father loves his shrimp so we decided to celebrate both birthdays on the same day. It turned out to be a perfect evening. The food was amazing, the scenery over the marina was serene and the service was delightful. Both the birthday boy and girl were treated to a special dessert on the house. 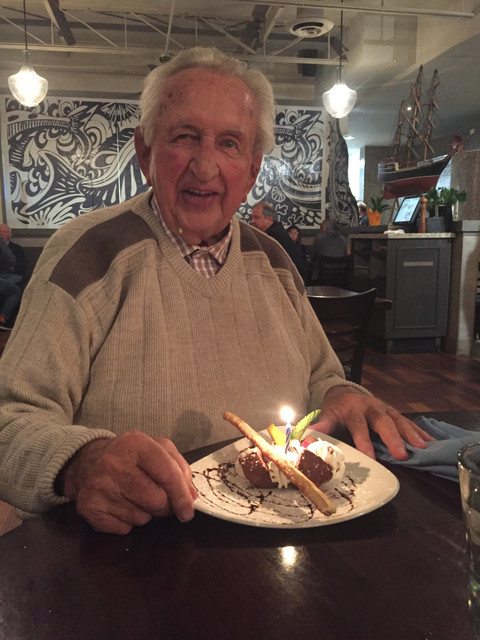 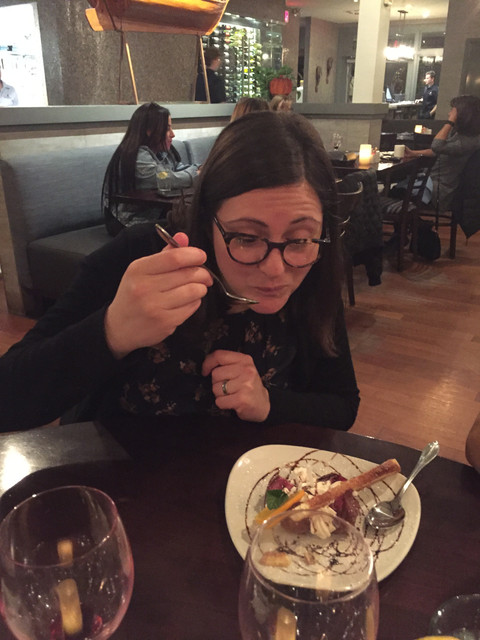 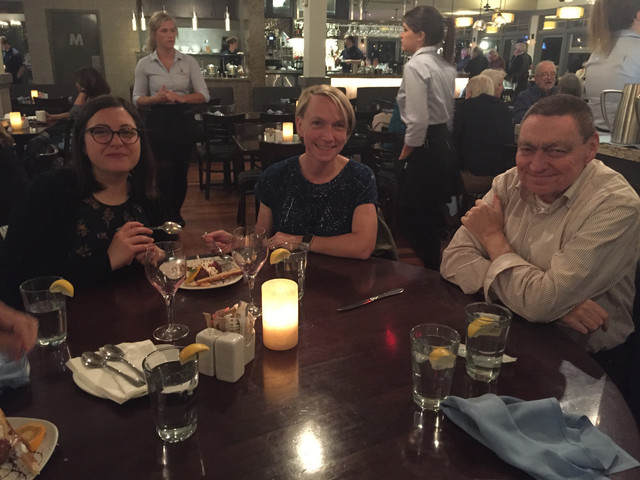 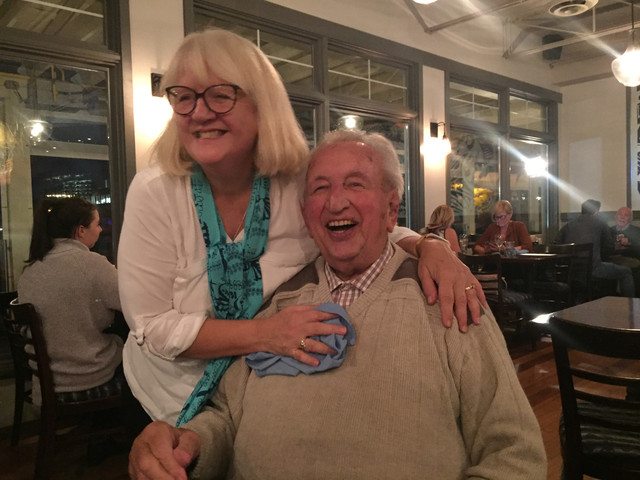 I love this last photo of my father and me. Just as my daughter was about to take the shot I noticed that my Dad had spilled some food on his sweater and I grabbed his serviette and held it over the spill. In that split second we both burst out laughing over the irony of the situation.