….turrets is what Winnie calls the playscape in High Park

Yesterday I spent the afternoon with my granddaughter so that her mom could spend some time with her father in the hospital. She was very excited when she found out that I was taking her to High Park.

The Jamie Bell Adventure Park was a community built playground and very popular with families. In March of 2012 the place was torched by a suspected arsonists. The community quickly rallied and raised enough money to rebuild the structures and the adventure park was reopened in August of the same year.

When Winnie and I arrived there were ‘hordes’ (the word used by Winnie) of children there enjoying the space. Even though Winnie is not yet four she didn’t let the crowds deter her from having a good time. I got quite the workout running after her so I wouldn’t lose sight of her. 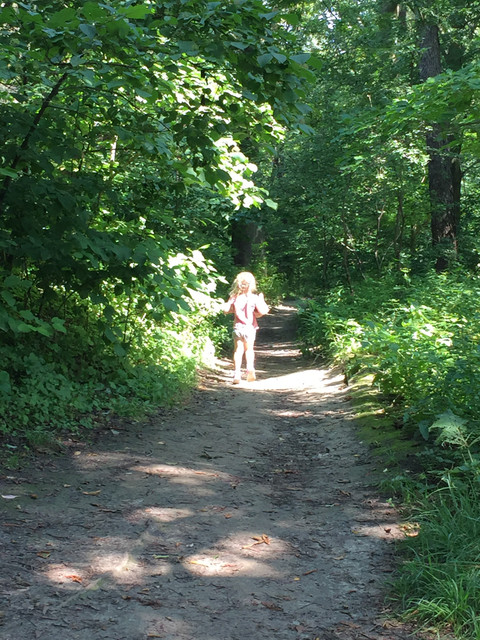 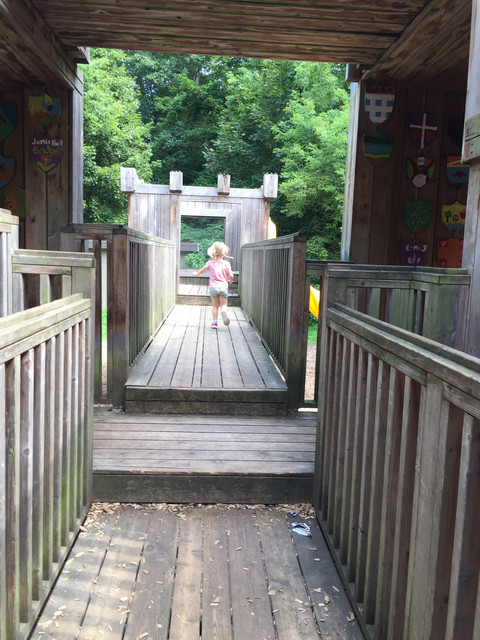 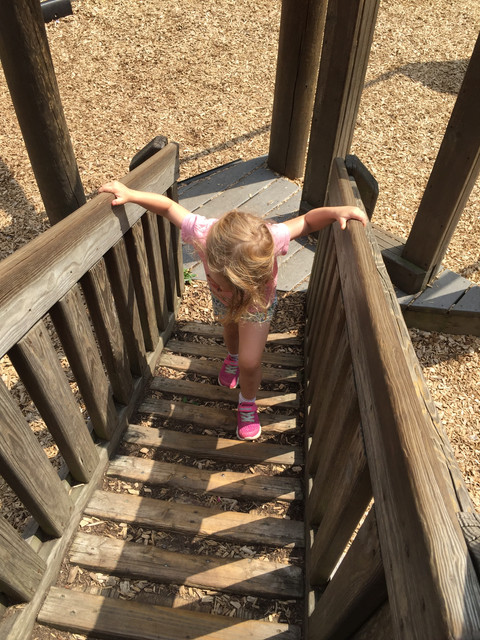 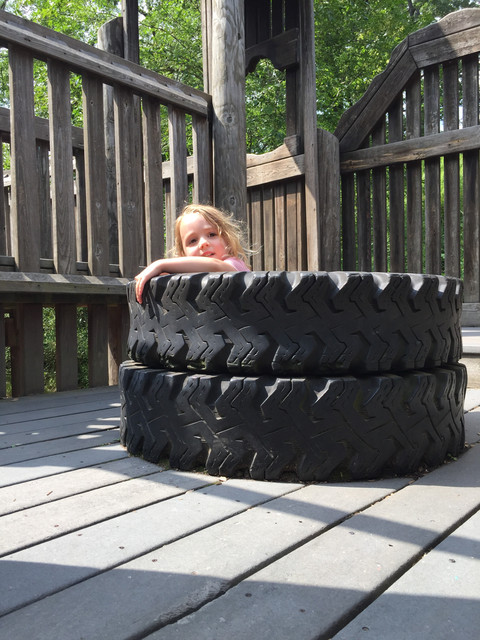 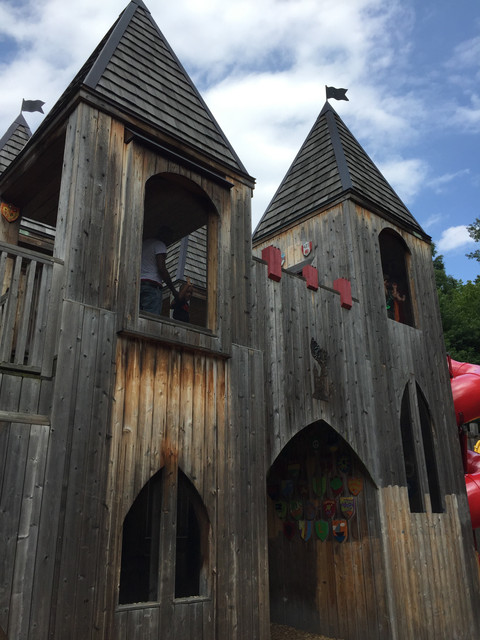 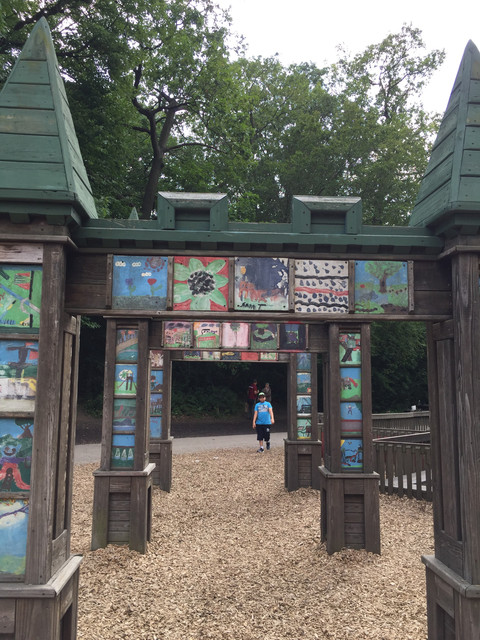 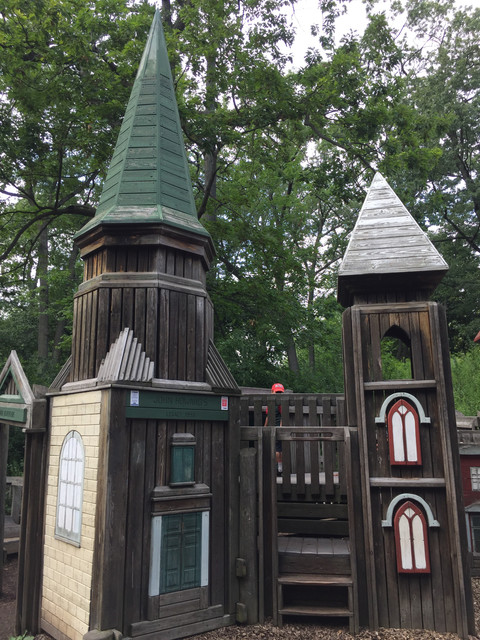 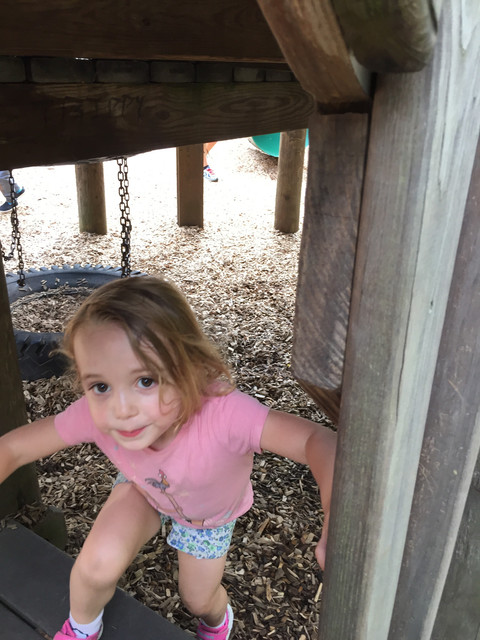 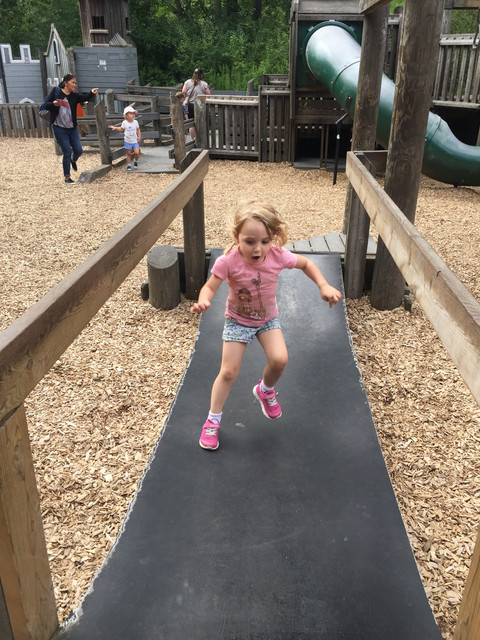 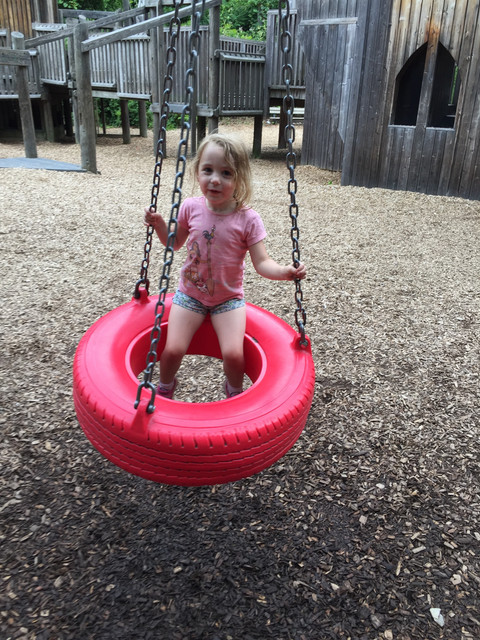 The only way I could get her away from the turrets was to bribe her with ice-cream. 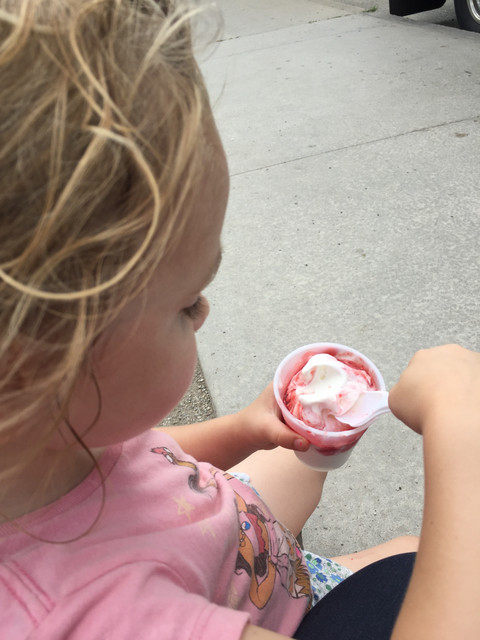 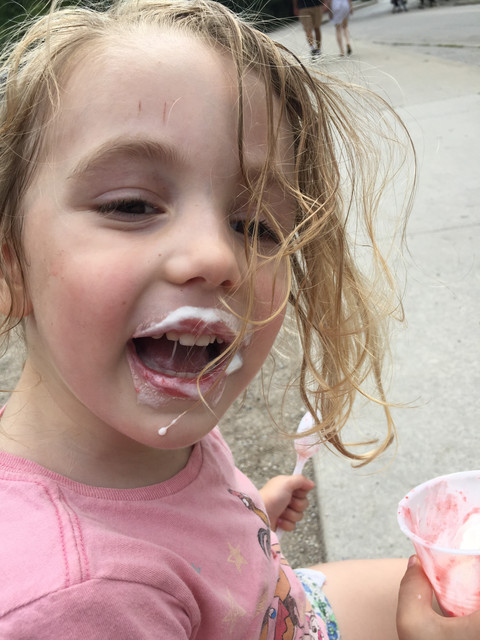 Afterwards we headed over to the zoo to see Fred the peacock. She calls all the peacocks Fred but unfortunately none of them were displaying their tail feathers. She did like this goat standing on the rocks overlooking his harem. 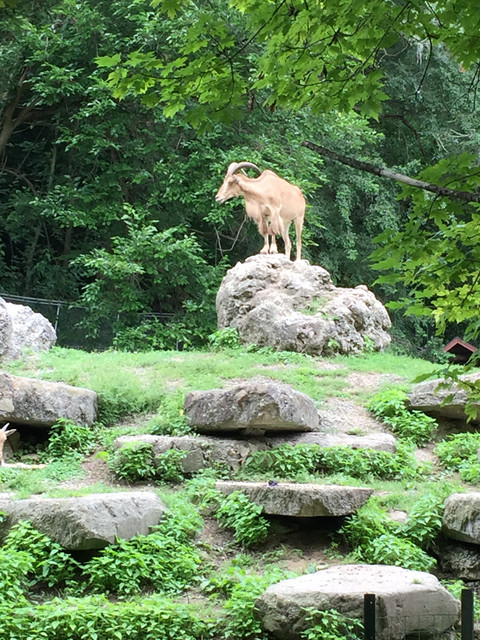 Like the goat Winnie wanted to sit up high above the rest of us and she convinced Oma to lift her up onto this massive stump on the walkway. 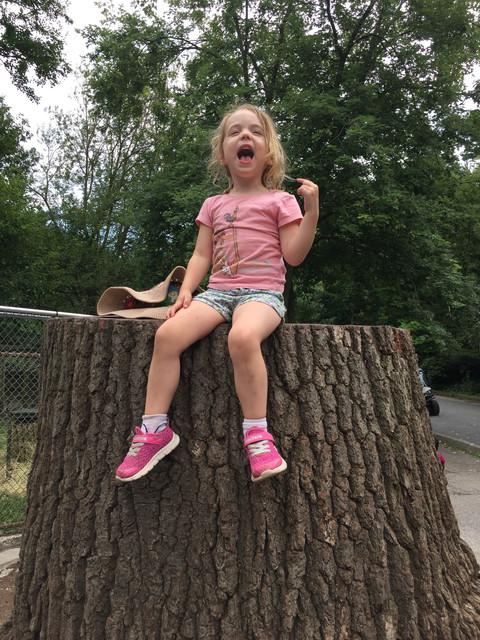 After a very long walk back to the car she collapsed onto the cool grass and had a wee rest. 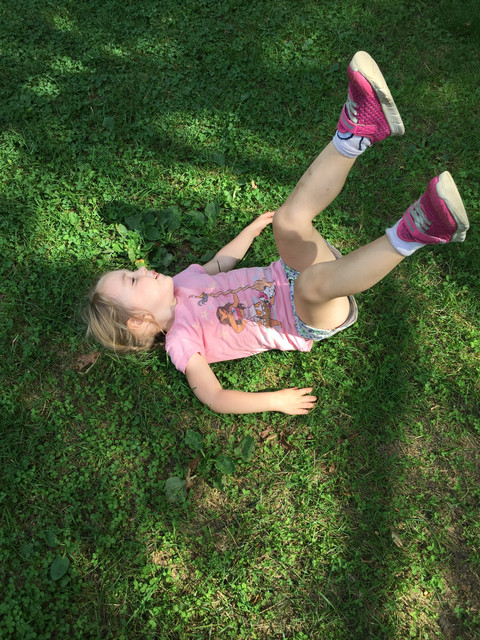 These are the special moments that grandparents live for.

By the way, my husband was released from the hospital and is now resting at home.