….on our 30 Day Challenge Trish and I had a few mishaps

Collecting trash in the parks, along the beaches and in the rocks has its misfortunes. Luckily for us none of them were too serious.

Trash collecting can wreak havoc with your clothes:

Burrs were a constant problem. 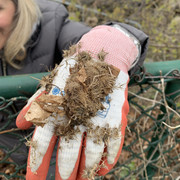 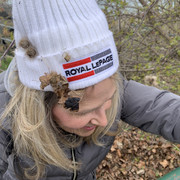 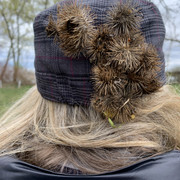 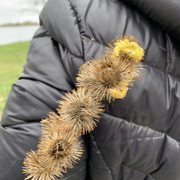 Climbing over wire fences can cause tears in your tights. 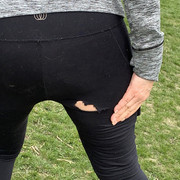 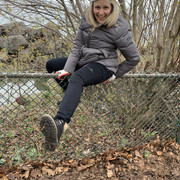 The insects can also be problem. The midges were particularly bad. Thanks goodness for face masks. 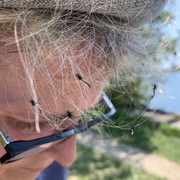 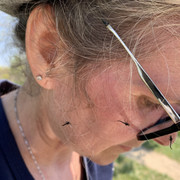 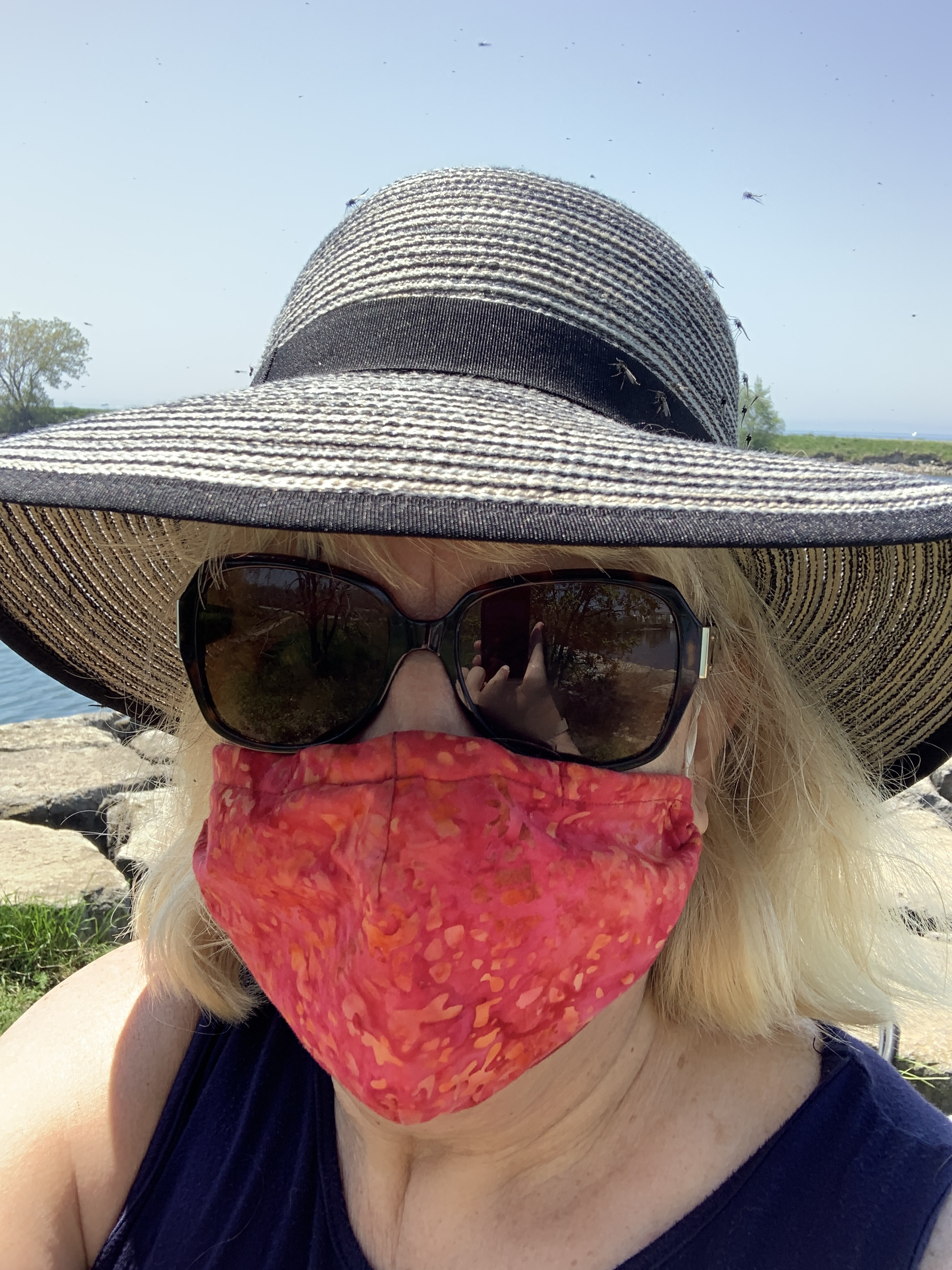 Wearing proper shoes and gloves is very important. I learned both the hard way. On the rocks I pulled out a broken beer bottle and promptly cut my finger. Luckily I brought water with me and Trish had hand sanitizer. I put pressure on the cut and cleaned it out as best

I could. Once the bleeding stopped I put on my gardening gloves and continued to work.

On another trip I was wearing my sandals. It was towards the end of the challenge and a lot of vegetation had grown in on the pathways. Everything seemed fine until I felt a burning sting under my foot. I quickly looked down and saw a wasp fly out from under my toes. Upon closer inspection we didn’t see a stinger but I did notice red ants in the area and I suspect it was an ant that bit me and not the wasp. 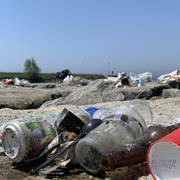 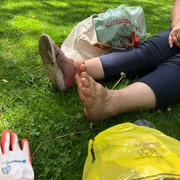 Towards the middle of May as the weather warmed up it was important to wear sunglasses, hats and sunscreen. There were days when I felt I had been in the sun a little too long. 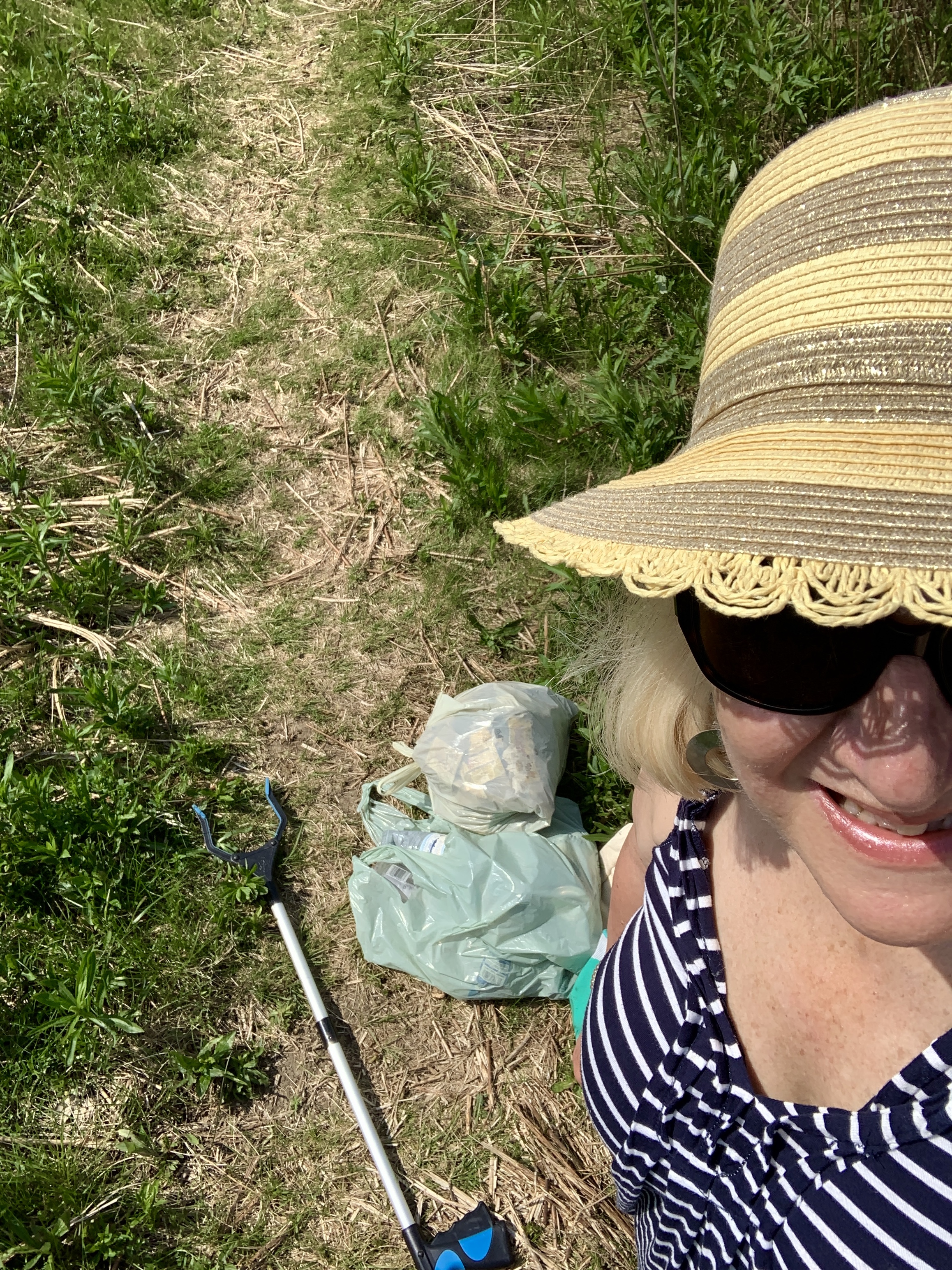 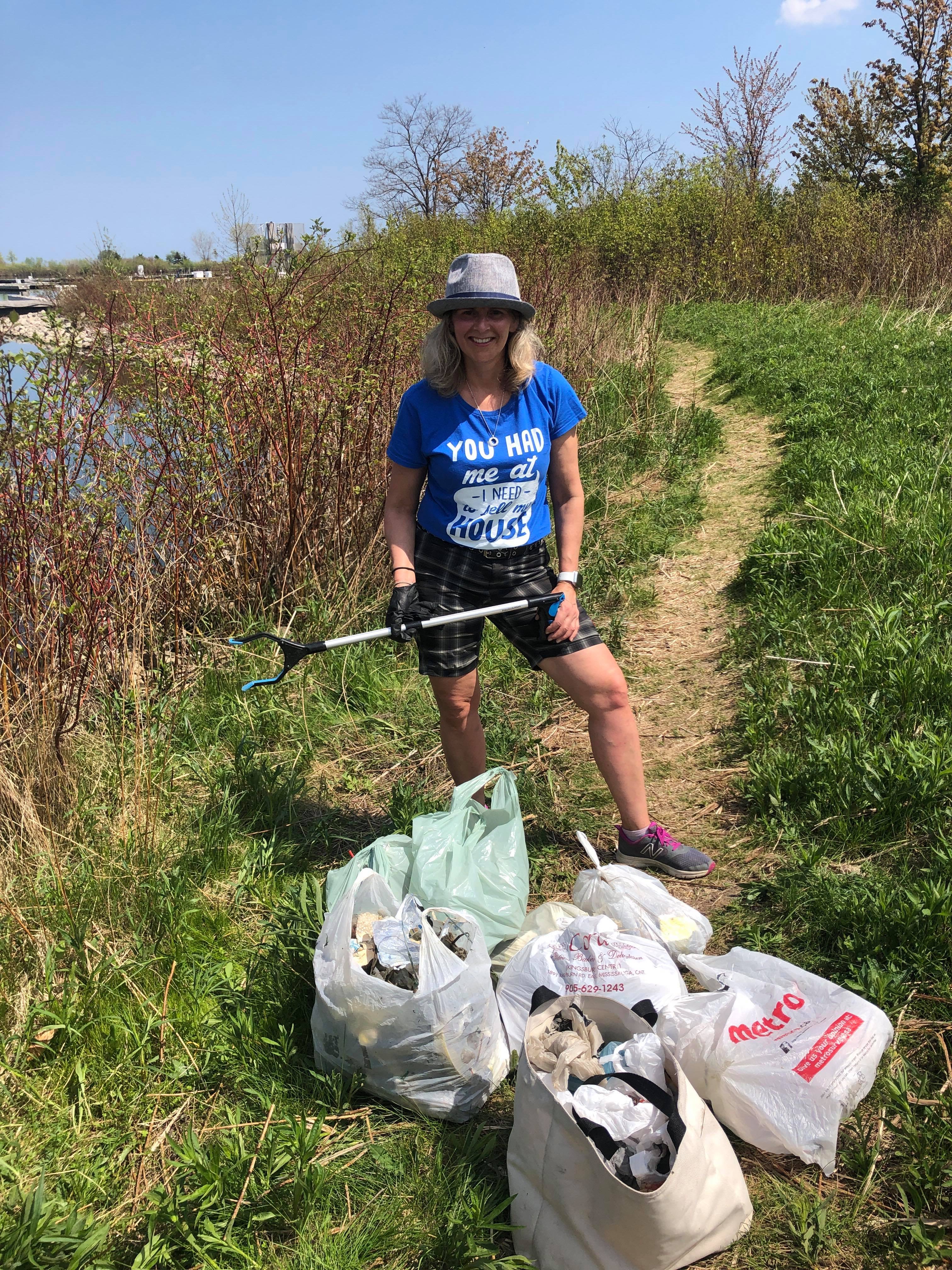 The final hazard of course is falling. There were days that I wasn’t comfortable on the rocks and I soon figured out it was due to my low blood pressure. If I didn’t have my morning coffee before we left I felt dizzy on the rocks and I would stay on the pathways while Trish did her thing diving between the rocks to retrieve treasures deep in the crevices. Even on the beaches the rocks were slippery and on the paths rocks jutted up and were tripping hazards. There were a few times that I slipped or tripped  but luckily I always caught myself before going down.

Trish was more adventurous and one day she tried to jump to a large rock for a photo op but she slipped and ended up in the water (only her shoes got wet). 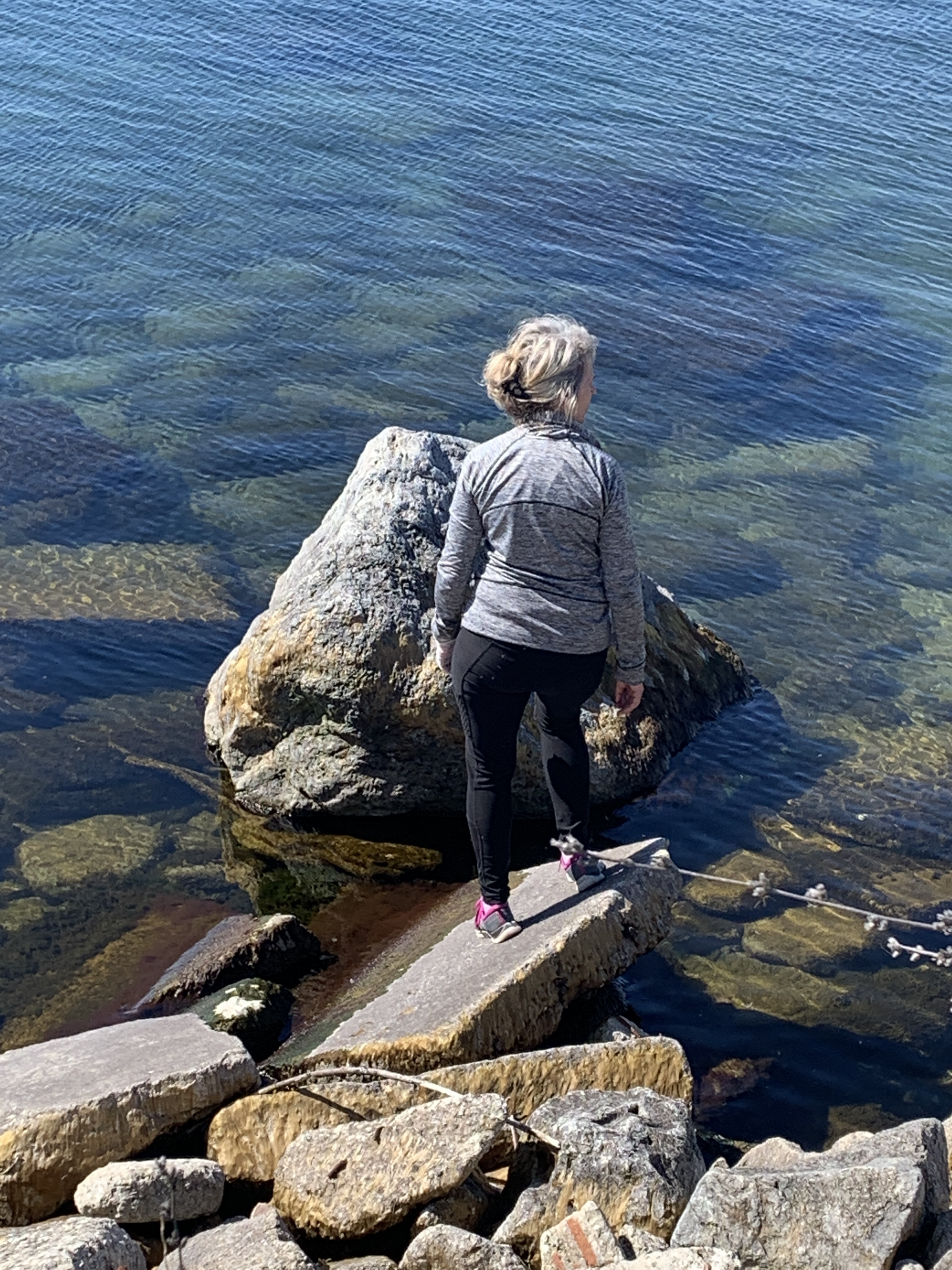 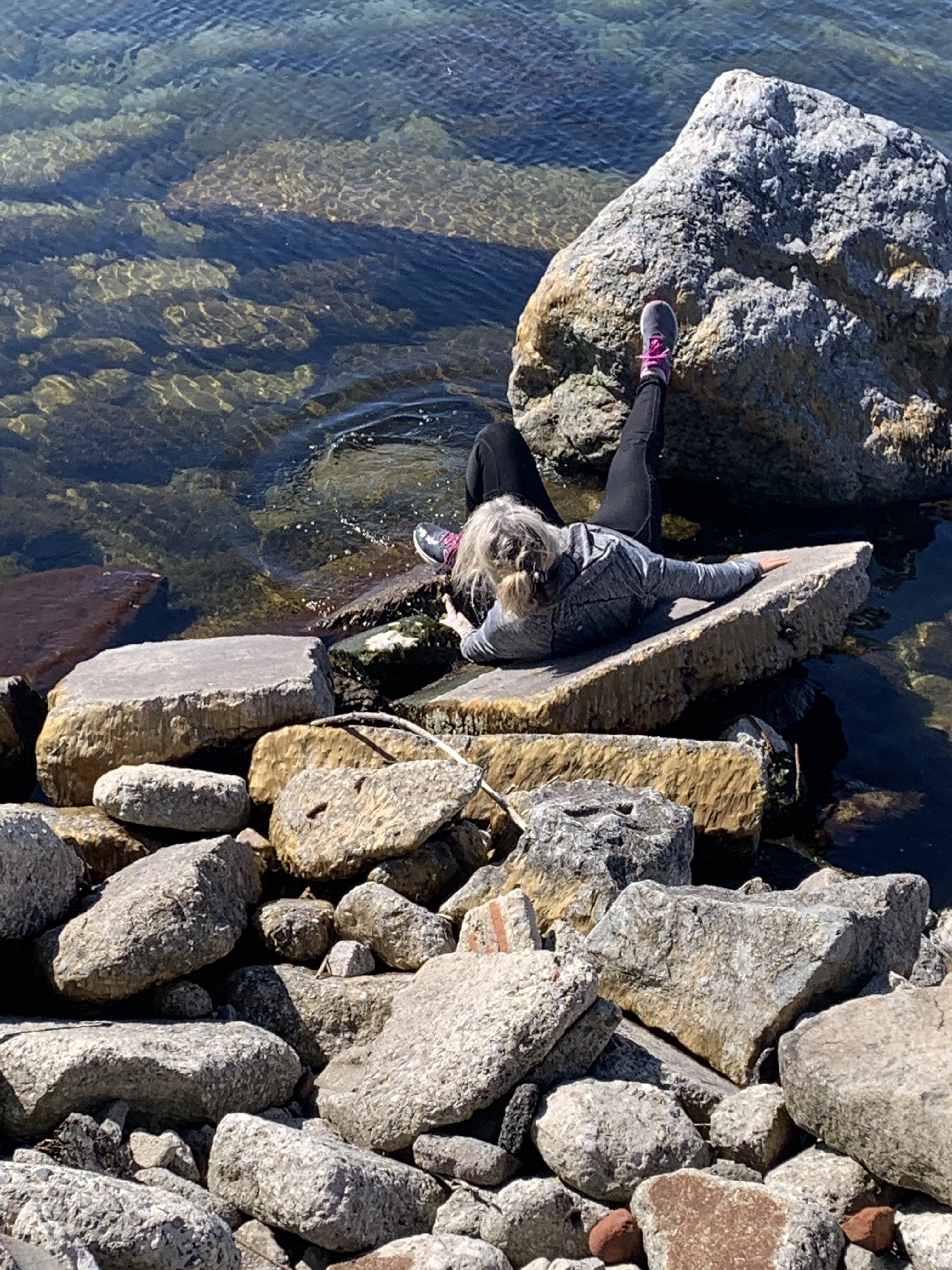 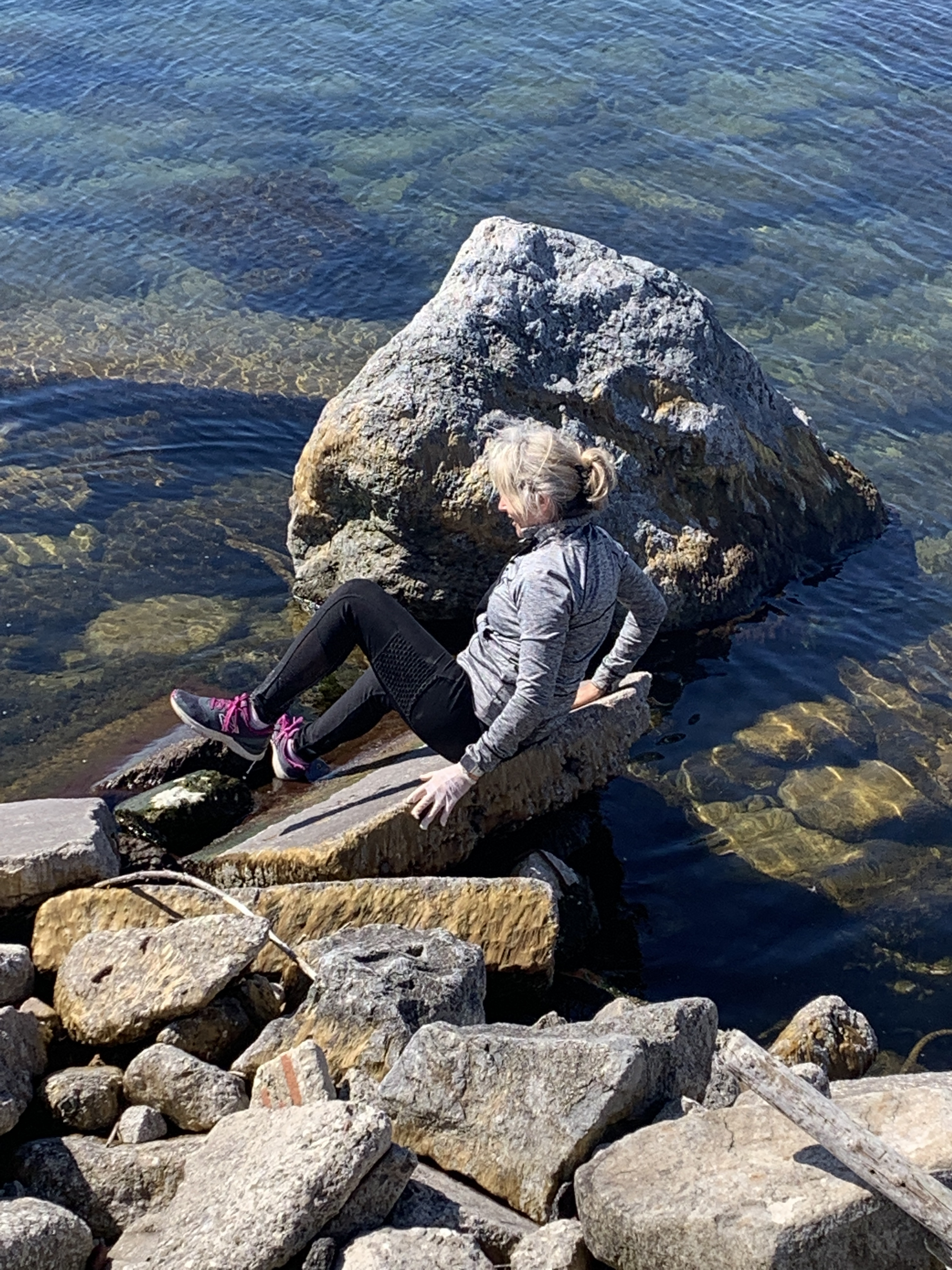 In the next segment I will talk about the fun and beauty of trash collecting.