….Father’s Day was wonderful but there was an empty chair this year

My Dad lived a good long life. We always said he was like a cat and had nine lives. Last October, unfortunately his ninth life gave out and shortly after celebrating his 94th birthday he passed away quickly and to the surprise of many.

As a young boy my Dad grew up on a farm in North East Germany, an area that is now part of Poland. He raised rabbits but when it came time to slaughter them for dinner he didn’t have the heart or the stomach to do it. The story goes that his uncle took over the job and he gave my Dad Angora rabbits instead. He thought Dad could comb out the luxurious hair and have it made into yarn. That too, was a disaster because Dad couldn’t handle the squirmy rabbits when he tried to comb or shear them.

Dad also loved to tinker with machinery and he hoped to be a pilot during the war. When Dad did join the Air Force at 17 it was near the end of the war and the Germans had run out of planes. He became part of the infantry and was sent to the enemy lines. This is where Dad’s first life was saved when he was hit by shrapnel. He was seriously injured and transported to a hospital where he recovered. He could have sat out the rest of the war but he re-enlisted out of a sense of duty.

We figure his second life was spared during this time when he sat around a campfire with some of his friends and he got up to retrieve something from his tent. When he returned all his friends had been killed by sniper fire.

Towards the end of the war Dad was captured by the Russians. For many Germans this was the worst possible scenario. One of his biggest fears was losing his boots. Dad became a labourer and was placed on trains with other prisoners to travel to work camps. One day he was at a distance from the rest of the group and he noticed that the prisoners were being loaded back onto the trains to return to the prison. He hid in a box and no one missed him. He escaped and joined up with a few other prisoners who had escaped. This was life three.

Walking through the country and sleeping in farmers’ barns kept him safe for awhile but in the end they were all caught and sent back to prison. I figure he was lucky that they weren’t all shot. Life four.

In the meantime the war had ended, and once again Dad was a prisoner of war with the Russians. Dad managed to escape again but he soon realized that the citizens of Poland and the Czech Republic had no use for German soldiers and that they would return him to the Russians in a heartbeat. Again he travelled with another prisoner and they were advised to surrender to the Americans or the English but that meant they had to cross back into Germany. The only way they could do that was to swim across the Danube River.

Dad was a fairly good swimmer but he was weak and underweight. His friend crossed first and then waited for Dad. The current was very strong and Dad started to drown. Fortunately his companion was able to swim back out and save him. Life five.

Over the next few decades my Dad lived to get married, father three daughters, emigrated to Canada in the 50s with his young family and he worked at numerous jobs. In his 40s, he and my Mom opened their own successful fabric and sewing machine business and did that until they retired. They loved travelling and did that until my mother tragically died during one of their vacations. Life six.

Dad could never live alone and he soon found love again. For the next 22 years, he and Gudrun lived together. When they moved to Oshawa they introduced a third member to the family, a miniature Schnauzer that they name Toby. Dad often referred to him as his best friend. I’m not sure how Gudrun felt about that.

One day while walking Toby, without thinking Dad tried to follow the dog down a ravine. It was very steep and Dad fell 20 to 30 feet. Luckily for him he didn’t break anything but his doctor told him he was very lucky that he didn’t have a heart attack. Most people his age wouldn’t have survived the fall. Dad would have been in his mid 80s when he had the accident. He was badly bruised and it took him months to heal. This is life seven.

A few years later Dad had another fall. He stepped off a riser at choir practice and there was only air below his feet. Again, no broken bones but a lot of bruising and a defeated ego. Soon after this we noticed that the house wasn’t as clean as it normally was and it became clear that the house was becoming too much to handle. Dad and Gudrun moved to a beautiful spacious apartment and they hired a cleaning lady. Things seemed fine until Dad confided in us that Gudrun was suffering from Alzheimers and they both felt it would be better if they moved into Extended Care. Six weeks after moving Gudrun passed away from complications due to her mental disability. Life eight.

Dad tried to live out his ninth life at the Retirement home but despite being 90 he wasn’t ready to live there on his own. He had too much life to live and felt that being surrounded by sick people would shorten his life. His solution was to move in with us. So after a very quick renovation and converting our basement into an apartment he moved in. He went out west for three weeks to visit my youngest sister and we put the finishing touches on his new home.

For the next two and a half years Dad was diagnosed with kidney cancer and congestive heart failure but always the optimist, until he wasn’t, he thought he could live to be 100. As the disease progressed he had days when he didn’t want to live to be that old and then the next day when he felt better he thought that maybe he could live that long. Right to the end he went out daily for walks or for a ride on his mobility scooter. He always cooked his own meals because he didn’t always like our cooking. Ironic because Kevin is an amazing cook.

I’ve wanted to tell Dad’s story for many years. Every time he talked about his past we learned something new. We encouraged you to write down your memories but I think some of them were too painful to put into words. I know that there are numerous other incidents where Dad was ill and needed surgery or when he had accidents with axes and power tools. Maybe he had more than nine lives but he lived each to the fullest and with no regrets.

So yesterday Dad I missed you. Your apartment sits empty with no plans to get new tenants. Eventually we’ll turn it into a guest room. Love you to the moon and back. 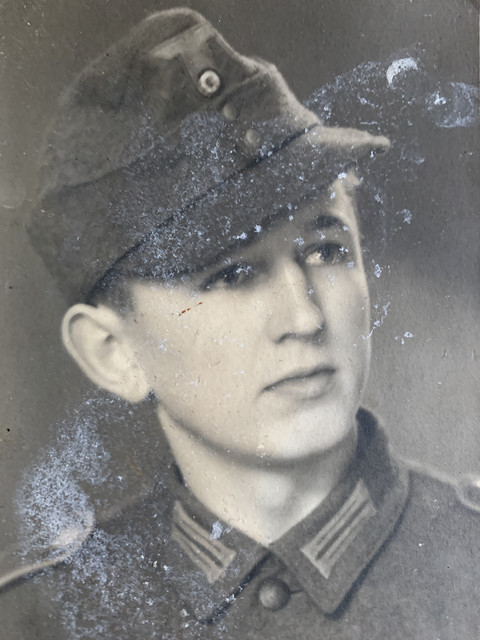 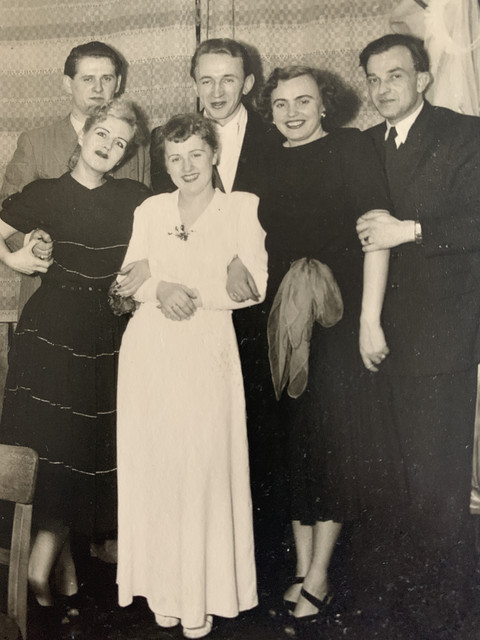 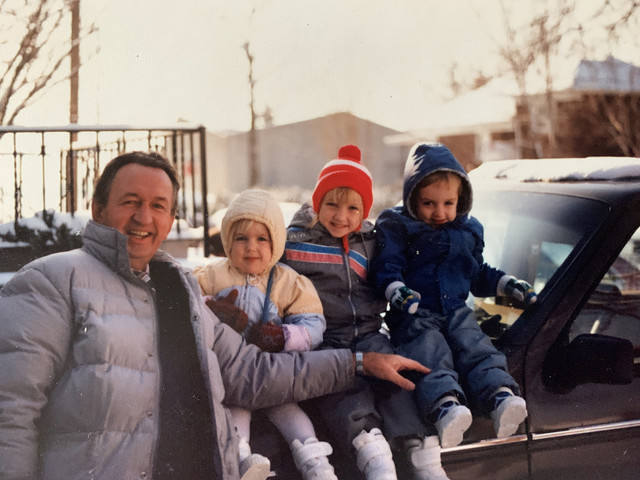 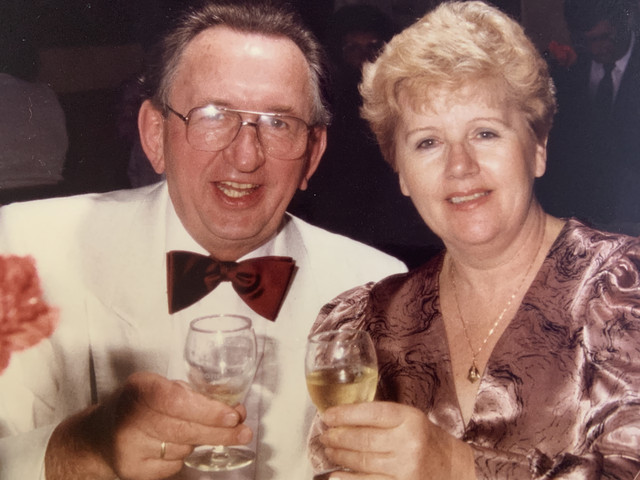 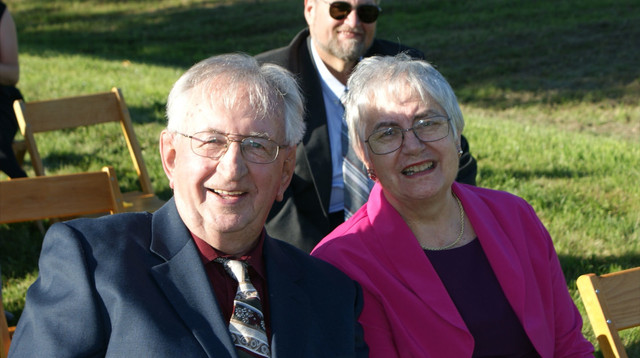 15 thoughts on “Missing My Dad”