….thanks to Becky B for hosting Square Odds for the month of Februaryhttps://beckybofwinchester.com/2022/02/02/the-square-odds-2/

1: differing markedly from the usual, ordinary, or accepted : PECULIAR a very odd way to show gratitude

2a: not regular, expected, or planned; worked at odd jobs b: encountered or experienced from time to time : OCCASIONAL manages to get in some reading at odd moments 3a: being without a corresponding (see CORRESPONDING sense 1) mate; an odd shoe

3: left over after others are paired or grouped; came without his wife and thus turned out to be the odd guest at the party (2): separated from a set or series; had in his possession only two or three odd volumes of the original 12-volume set

4a: being any of the integers (such as −3, −1, +1, and +3) that are not divisible by two without leaving a remainder b: marked by an odd number of units needed; two odd-length boards, one of three feet and one of five feet

My first odd square is a peculiar sight – colourful flowers coming from the snow. Of course they are fake flowers. We don’t get flowers in February in Canada. 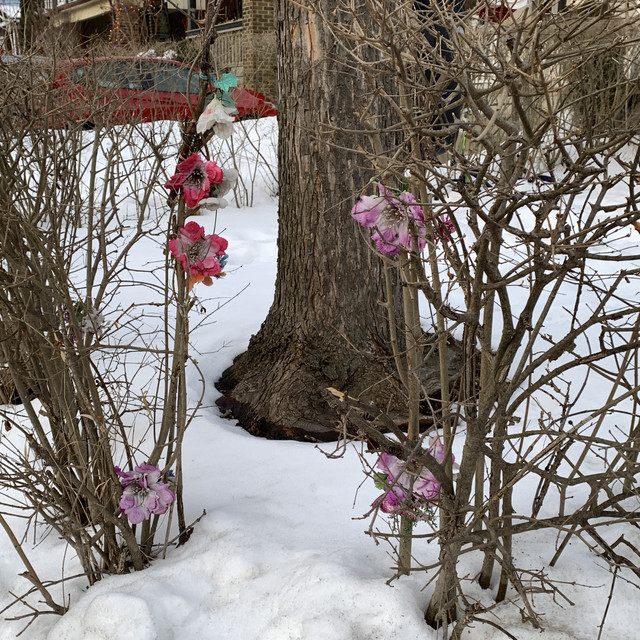 3 thoughts on “February Squares are Back”